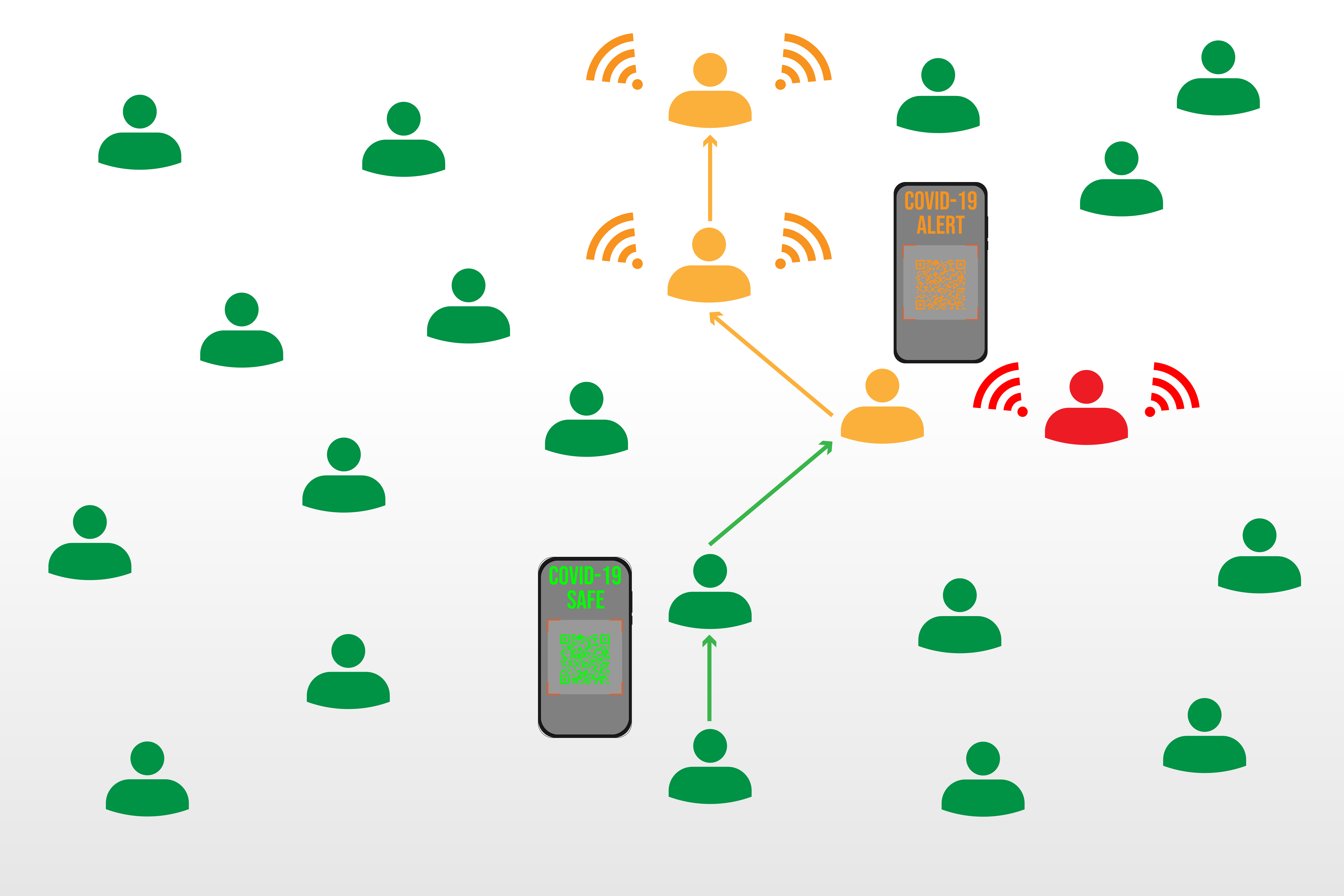 Public health officials across North Carolina are continuing to use contact tracing in hopes of limiting spread of the coronavirus. When it works, they can pinpoint the origin of an outbreak, map it and ask people to quarantine. But area health departments have successfully traced only a few large outbreaks. More often, they meet resistance as people refuse to share information or follow quarantine requests.

Cedric Meekins of Concord is a music teacher at a Charlotte charter school.  A couple of weeks after a trip to a music conference in Ohio in March, he came down with Covid-19. He wound up in the hospital, surrounded by even sicker patients.

Meekins spent 11 days on a ventilator. Eventually, he needed help re-learning how to do basic things, like walk and write with a pen.

As he recovered, he got a call from Cabarrus Health Alliance, the health department in Cabarrus County. They wanted to figure out where he contracted the virus and who else he had been around.

“We concluded that it had to have taken place during my travels to Cincinnati, either on the plane or in the airport. I will say the return flight was packed. (Or) the airport because it was busy in Cincinnati returning,” he said.

Meekins told health officials that when he first returned, he had no symptoms and continued going to school.

But the contact tracing turned out to be easy: Not one of his colleagues, students or friends contracted the coronavirus.

Contact tracing is how public health officials try to identify and isolate anyone who has come in contact with an infectious disease. It can be the key to limiting spread of the disease, says Erin Shoe, interim public health director at the Cabarrus Health Alliance.

“We wish that we could always identify where someone came into contact with the virus in every single case, that would be a public health dreamland,” Shoe said.

More than 56,000 coronavirus cases have been reported so far in Mecklenburg and nine surrounding counties. But health officials have publicly talked about only a few cases where contact tracing worked.

In April, detective work by Cabarrus County officials traced 18 infections to a series of family gatherings, Shoe said. They included one family’s Easter celebration, an outdoor wedding and outdoor birthday parties. People infected ranged in age from children to grandparents.

After contact tracing, investigators quarantined 35 people. And Shoe said thanks to people’s willingness to share information, no one died.

“This was a situation in which these individuals were willing to be open and honest and forthcoming,” she said.

As the months drag on, though, fewer people have been willing to help, Shoe said. She and other public health officials say people are tired of the pandemic and want to get back to normal. She calls it “Covid fatigue.”

In Mecklenburg County, health director Gibbie Harris said contact tracers are feeling the brunt of it.

“There have been occasions when staff have been yelled at because people are tired of this and don’t want to hear the information,” Harris said. “The other challenge that we have right now is we’re hearing people who say thank you for the information, but I’ve got to work.”

Still, there have been other success stories. In Catawba County in April, contact tracing identified 41 cases that started with a family gathering. County health director Jennifer McCracken said they were easily able to map the outbreak.

“We discovered that there had been additional spread to neighbors, to friends to workplaces,” McCracken said. “I think it’s a great example of how contact tracing can truly be successful. In this case, people willingly gave the information that helped us identify the close contacts.”

In most cases, McCracken said, Covid-19 is spreading before somebody even knows that they have it.  So identifying people who have been exposed – and getting them to quarantine – is an important way to prevent further spread.

But now there’s another concern – contract tracing scams. Callers pretending to be health officials try to trick people into sharing personal information, such as credit card numbers. That’s forcing health directors all over to issue warnings. Mecklenburg County health director Gibbie Harris brought it up during a press conference a week ago.

“I want to reemphasize how important it is for people to share their information with public health. But it’s also important that they’re comfortable that they’re sharing it with the appropriate individuals,” Harris said.

She if you get a phone call or text, make sure it’s from a number with a 704 or 980 area code. You can check the number on the Mecklenburg County public health website. And she said they’ll never ask for financial information or Social Security numbers.

Meanwhile, Harris and other public health officials are continuing to warn people that even though the state is reopening, everyone should think twice before going anywhere they might be unnecessarily exposed to the coronavirus.

This story was reported by David Boraks of WFAE, Nate Morabito of WCNC-TV and Lauren Lindstrom of The Charlotte Observer as part of the Charlotte Journalism Collaborative, a partnership of six media companies started by the Solutions Journalism Network and funded by The Knight Foundation.