Beatties Ford Road kicks off the City of Charlotte's 'corridors of opportunity.' Stakeholders will focus on six corridors around the city. 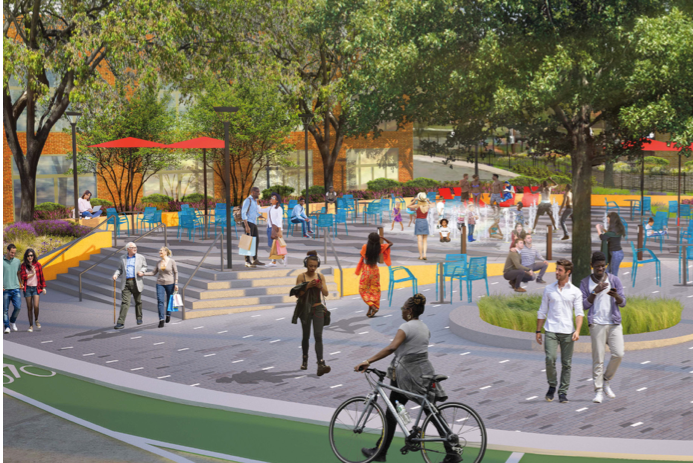 The City of Charlotte says it’s “being geographically intentional” about investing millions of dollars in local communities that have traditionally been subject to underinvestment.

Mecklenburg County Commissioner Vilma Leake and Charlotte City Council member Malcolm Graham both represent districts that include the stretch of Beatties Ford Road in west Charlotte. When they set out with a group of city staff and code enforcement officials Wednesday morning, the goal was to canvas the area to listen to residents’ concerns but also explore ways to keep neighborhoods safe and clean.

“We have been complaining about this place for the last 10 years,” Leake said about conditions along Beatties Ford Road and Lasalle Street.

Code enforcement teams canvassed the corridor, with council member Graham accompanying one of them down Catherine Simmons Avenue, the site of the deadly June 22 shooting that claimed four lives and wounded 10 others.

Graham has a long relationship with the west Charlotte neighborhood. He remembers walking down Beatties Ford Road in 1981 as a freshman at Johnson C. Smith University.

“You got to be hands-on, you can’t just sit behind a desk and say what you want to do,” he said. “You have to demonstrate your commitment to the community by being a part of the community and being out here.”

Leake, not one to hold her tongue, wanted to ensure accountability.

“I want to know what’s going to happen once we finish this walkthrough,” she said.

Revitalization, but not without concern

The morning outreach for community input was part of the Corridors of Opportunity initiative, a $24.5 million investment focusing on six corridors throughout Charlotte. An afternoon presentation under heavy rainfall detailed the future along “The Ford.”

The old Dalebrook location was the gathering point for Wednesday’s press conference. The vacant lot at 2506 Beatties Ford Road is the site of a redevelopment project led by RC Ventures. Roger Parham and his wife, Claudette, say they finalized the purchase earlier in the week.

“This is too iconic of a site to allow this to be an eyesore of the community, especially when the freeway is right here,” Parham said. “You have people coming in, passing up and down the freeway and getting off to go to a fast-food restaurant, store or the bank — this is what they see. It has to change, and we’re going to change it.”

The Parhams don’t have definite plans for the property, but Roger sees that as a positive because it doesn’t put them in a box. They’re collaborating with community leaders, the City of Charlotte and other business partners to decide how to best use the site. The couple wants to make sure it aligns with RC Ventures’ three key principles: job creation, small business development and creating spaces where essential services can have an opportunity to serve the community.

The couple now has equity in the community, but Project B.O.L.T. co-founder Gemini Boyd is worried about gentrification that displaces current residents. Overall, he likes the ideas presented. He says, however, that city officials continuously say they’re working with the community but in actuality, they are “talking a bunch of bull crap.”

His criticism stems from the lack of advertising for the unveiling. He says he learned about the event when a news outlet contacted him that morning for an interview.

“Once again, they’re going to use Black people as a stepping stone with their initiative and agenda to accomplish what they see fit for this area, and not what the community sees fit,” Boyd said.

Graham and City Manager Marcus Jones addressed gentrification concerns by sharing the collaboration plans with churches in the area, like Friendship Missionary Baptist. Ideas to help community members remain in the neighborhood include programs that assist with homebuying.

Graham said the other economic investments along the Beatties Ford Road corridor will either be completed or have broken ground by the end of the year. In addition to the RC Ventures development, other areas include:

It will be directly adjacent to JCSU and the CityLYNX Gold Line. Graham says test cars on the Gold Line should be running by the end of the year.

Dianna Ward, the majority owner of Sankofa Partners LLC, bought the commercial building at 1800 Rozzelles Ferry Road. Among the five tenants will be a pharmacy, a pizza restaurant and an ice cream shop.

Plans for redevelopment of the historic Excelsior Club are underway. A few blocks down the street, West Charlotte native William Hughes is investing back into his neighborhood through his company, CGE Venture Group, and development of the property at 1101 Booker Avenue. Renderings of the site show plans for office space, dining and retail.

Graham hinted at a big announcement coming in the next 60 days from E-Fix Development Corp. founder Christopher Dennis about property at the intersection of Beatties Ford Road and LaSalle Street.

The remaining five corridors of opportunity identified are:

Katrina Louis contributed to this article.