The 32-year veteran will work with Richmond's new police chief on issues relating to community engagement. 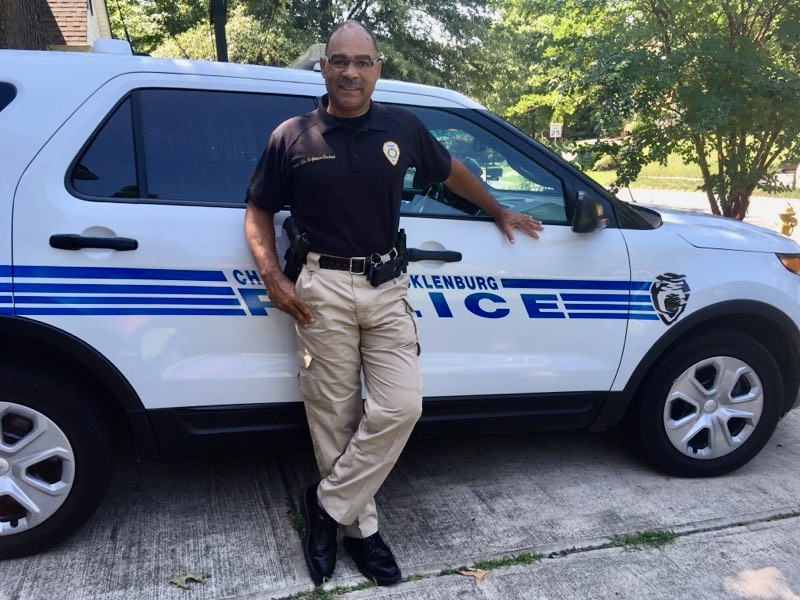 In Richmond, Cochran will focus on special projects and issues related to community engagement, he told QCity Metro in an interview Friday. He will report to the city’s newly hired police chief, Gerald Smith, who resigned from CMPD as a deputy chief in June to accept the top law-enforcement post in Richmond.

Cochran’s move comes as police departments nationwide are under growing pressure to re-examine how they interact with the communities they are sworn to protect and serve, especially communities of color.

In Richmond, Mayor Levar Stoney has appointed a “Task Force to Reimagine Public Safety.” Cochran said he hopes to use the skills he honed in Charlotte to improve police-community relations in Richmond.

Cochran said he was not looking to leave CMPD but grew intrigued when Smith called about a new position he was creating in Richmond.

“It’s hard to pull away,” he said, adding that Monday is his final day working in Metro Division.

“I’ve had it great here, too, but this is a different level of management I’ll be working with,” he said. “It’s getting out there in the neighborhoods, seeing what they have, how we can improve on it. That’s my expertise, that’s what I do.”

CMPD’s Metro Division became a target of protestors in late May when, following the killing of George Floyd by a Minneapolis police officer, an angry crowd in Charlotte marched down Beatties Ford Road to the division’s office. There, some demonstrators hurled rocks and other objects at the building, smashing windows and damaging patrol cars.

At a going-away celebration last week in Cochran’s honor, the Rev. Ricky A. Woods, senior minister at First Baptist Church-West, which sits less than a half mile from the Metro Division office, spoke of standing alongside Cochran that night to appeal for calm. Woods called Cochran’s departure “a huge loss to our community.”

“At a time when our trust in law enforcement was extremely fragile,” Woods said, “(Cochran) was able to talk to both sides in terms of law enforcement, but also having a foot well-planted within the community to have the trust and confidence of members of the community.”

Despite a mass shooting this summer and persistent homicides in the Metro Division, Cochran said he has seen neighborhoods improve and crime levels recede. When he was hired as a patrol officer in the 1980s, some parts of Charlotte had become virtual no-go zones as gangs battled for drug turf.

Today, as police departments nationwide face a sometimes-violent backlash over allegations of brutality and the killings of unarmed Black men, Cochran said more dialogue is needed.

“We’ve got to have a conversation,” he said. “Don’t let the violence and an uprising drown out the conversation. There are issues that we need to talk about and get done, but if you’re so busy on the front lines dealing with violence, it’s hard to get to the people you need to talk to.”

Cochran said efforts to engage around those issues also have been hampered by the Covid-19 outbreak, which calls for social distancing.

“Zoom meetings and Microsoft, that’s great, but it’s so much better when we actually come into a room and have a conversation,” he said. “We’re not in the neighborhoods as much because of the pandemic. It’s tough.”

Despite nationwide unrest, Cochran said it’s “still a good time to be a police officer.” He acknowledged, however, that community engagement has been made more difficult because of high-profile police incidents in other states.