On the 57th anniversary of the March on Washington, civil rights advocates and activists call for police accountability, police reform and voter protection. 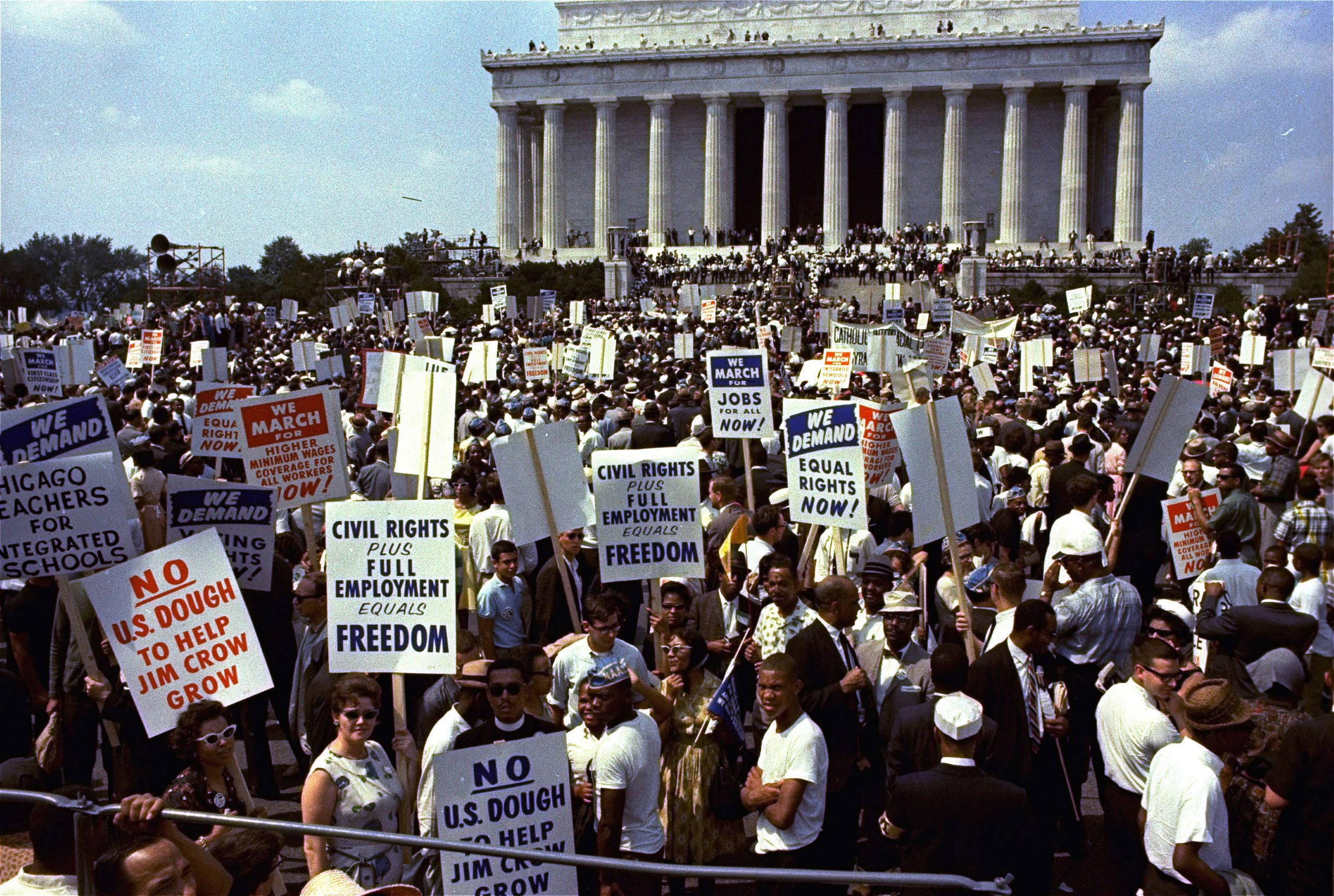 Large crowds gather at the Lincoln Memorial to demonstrate for the civil rights movement in Washington, D.C., on Aug. 28, 1963. (AP Photo)

“There are those who are asking the devotees of civil rights, when will you be satisfied? We can never be satisfied as long as the Negro is the victim of the unspeakable horrors of police brutality.”

King spoke those words during his famous “I Have a Dream” speech at the 1963 March on Washington for Jobs and Freedom to a crowd of 250,000 people at the steps of the Lincoln Memorial.

Fifty-seven years later, the relationship between Black America and law enforcement is still frayed. Across the country, protesters have marched and yelled “Black lives matter” to draw attention to the list of unarmed Black people killed by police officers. (Charlotte is dealing with its own clash between protesters and police.)

Thousands are expected to join today’s March on Washington anniversary event, dubbed the Commitment March: Get Your Knee Off Our Necks, to double down on calls for police accountability and reform.

Led by Martin Luther King III, the event will feature the families of George Floyd, Breonna Taylor, Eric Garner and others who have died at the hands of police. Equally important, the National Action Network and a coalition of civil rights organizations will address voter protection and mobilize people ahead of the November elections.

This Story is Tagged: protests