Five readers share their considerations for absentee voting or voting at a local polling site. 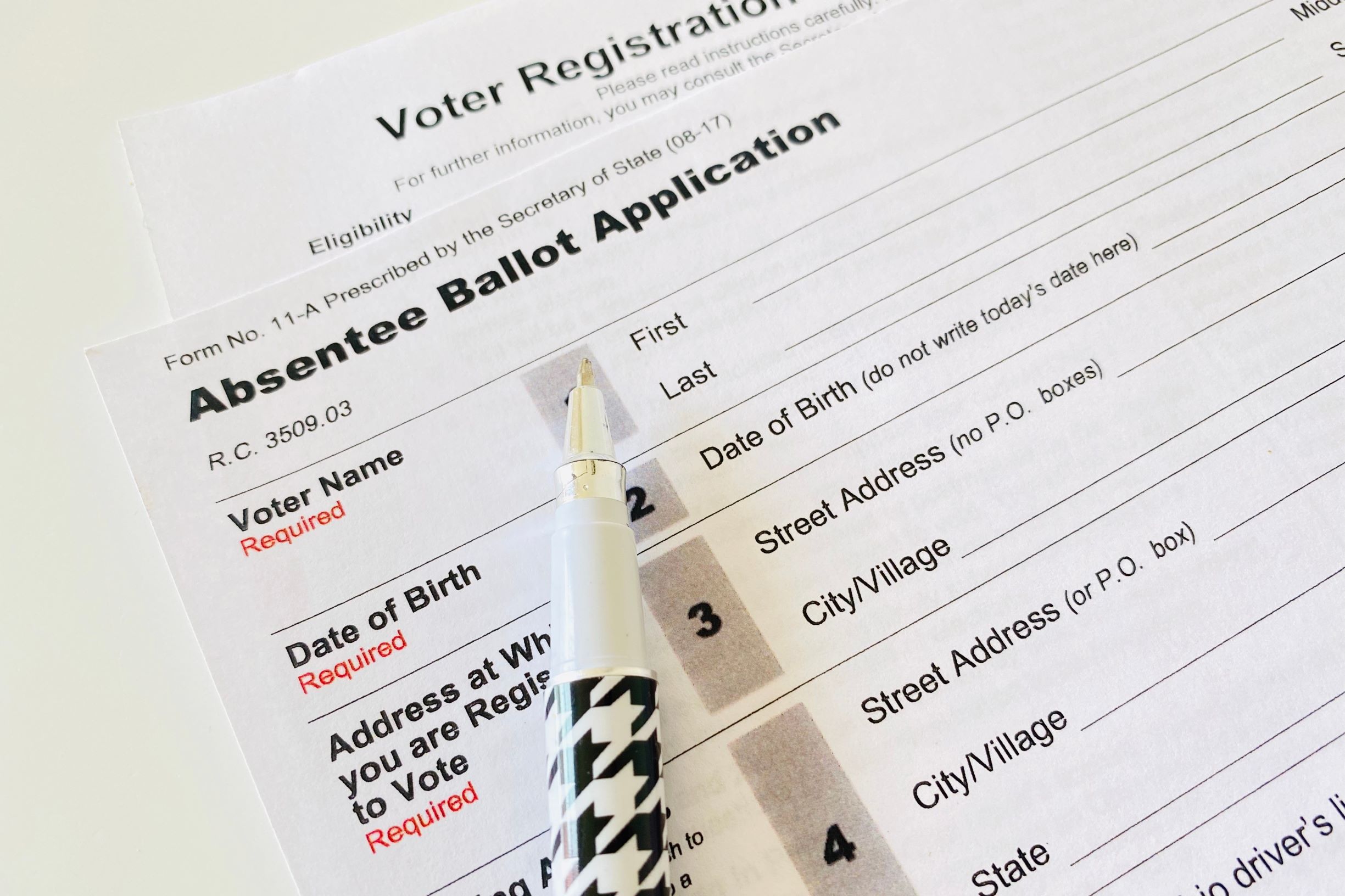 As if we didn’t have enough to feel apprehensive about this year, the presidential election and general election for municipal and state races are less than 90 days away. Because of the political climate, and compounded by the very real threat of Covid-19, this election brings both confusion and anxiety.

There’s a growing population of people opting to cast their votes by mail instead of waiting in long lines on Election Day. North Carolina already has seen more than 174,000 absentee ballot requests, WSOC reported. That’s seven times the number requested in 2016. In Mecklenburg County, more than 27,000 people have requested mail-in ballots.

Mecklenburg County is home to no-excuse absentee voting, which means you don’t need a reason to vote by mail. Anyone can request an absentee ballot. The option to drop off your absentee ballot at the county board of elections or a voting site also is on the table, with concerns raised about whether the United States Postal Service will be able to handle an influx of mail-in ballots.

Local elections officials have approved 33 early voting sites, including Bank of America Stadium, Spectrum Center and Bojangles Coliseum. They’re emphasizing that voting by mail is safe for those who choose to do it. However, some residents are skeptical about mailing ballots because of stories like last year’s ballot-fraud case that resulted in a special do-over election for North Carolina’s 9th congressional district.

With concerns about the coronavirus, officials are taking necessary precautions to ensure social distancing at polling stations.

Five readers shared their perspectives on mail-in ballots and whether they’d choose that method this year.

Michelle Cash has lived in Charlotte for more than 20 years and regularly participates in the voting process. She usually takes advantage of the early voting period in person at her local precinct, the Allegra Westbrooks Regional Library on Beatties Ford Road. This year’s general election will be no different. Cash plans to turn out for the early voting period happening Oct. 15 through Oct. 31.

“I’ve heard people say that mailing it is an option, but it’s just not something that I’m comfortable with. So, I still plan to do the early voting in person,” Cash said. “Right now, I am skeptical. I don’t necessarily trust that the votes will be in on time and they will be counted correctly.”

Nyle Paul voted for the first time in the 2018 midterm elections as a freshman at Hampton University. In November’s general election, the rising junior will vote for a presidential candidate for the first time. She says it makes her feel good knowing that she’s making a difference.

“A leader’s biggest responsibility is their influence on who they work with. Being a leader means you have to set an example. Going out and voting would be me setting that example. This is a necessary fulfillment for me,” she said.

In mid-July, Hampton University announced that students wouldn’t physically return to campus due to the coronavirus. Paul will take advantage of being home in Charlotte to vote in person during the early voting period.

As president and CEO of the Harvey B. Gantt Center for African-American Arts and Culture, David Taylor hopes that energy from the current social uprisings will translate into higher voter turnout at the polls.

“When I think about voting, I think about how it transcends the obvious,” says Taylor, who lives and votes in Gaston County but has worked in Charlotte for close to three decades. “…the value of voting is key, which we saw in the presidential election 12 years ago. It’s more than the personality of the candidate. We need to know how they’re going to sharpen our community.”

Taylor wants to believe that voting by mail is reliable, even though he acknowledges there is some risk and fear. He hasn’t decided whether to vote in person or drop his ballot off at the board of elections office, but like the others, early voting is the preference.

“I plan to vote early, without question,” he said. “Being prepared is key. I care for my elderly mother, so the mail-in ballot will be a real option that we will consider.”

Since May, the Gantt Center has hosted its virtual series, Unmasked, to facilitate discussions around community issues. In September and October, Taylor said panelists will be speaking about topics related to voting.

Former Charlotte City Council member Justin Harlow and his wife vote in every election — primary and general — despite whether it’s a presidential election year or not. They always vote early and vote together.

“I trust mail-in voting,” he said, “but something about casting my vote in person makes me proud to honor those that came before me who were disenfranchised or even brutalized for fighting for the right to vote.”

Harlow dismissed the argument about mail-in fraud, calling it a tactic to sow mistrust in democracy and suppress votes.

“That’s nothing new in North Carolina either,” he said. “From voter ID laws to gerrymandering to limiting early vote times and locations, our general assembly has a history — particularly over the past decade — of trying to disenfranchise Black voters with surgical precision.”

When it comes to reliability of mail ballots, Harlow says, “If the government can mail you a census form or you can [complete the census] electronically, then we should be able to safely cast a ballot the same way.”

Margo Scurry hasn’t missed an election since she was 18. Now at 65, she’s helping family and friends get informed about what’s on the ballot.

“There’s a website called Ballot Ready that tells you who’s on your ballot, even locally,” said Scurry, a digital literacy training consultant. “I know my family is not going to do it [research], so I do it for them.”

Scurry has been sheltered in place since March, where she’s spent part of her time learning about the implications of Covid-19 and how to prevent community spread. It’s made her anxious about voting in person.

“I just don’t trust that we are going to be ready come November, and I don’t trust that it will be safe to stand in line,” she said. “I am doing everything I can to make sure my ballot makes it there because I don’t want to put myself at risk.”

Whether you plan to vote by mail, in person, or drop your ballot off at the Mecklenburg County Board of Elections, the best strategy is to make a plan.

Mecklenburg County Board of Elections is located at 741 Kenilworth Ave., Suite 202.

Download an absentee ballot request form. The board of elections must receive the completed and signed form by 5 p.m. on Oct. 27.

Visit the Mecklenburg County Board of Elections website for more information.