Before they could collaborate, leaders of SHARE Charlotte and NGAAP first had to establish trust and a shared vision. 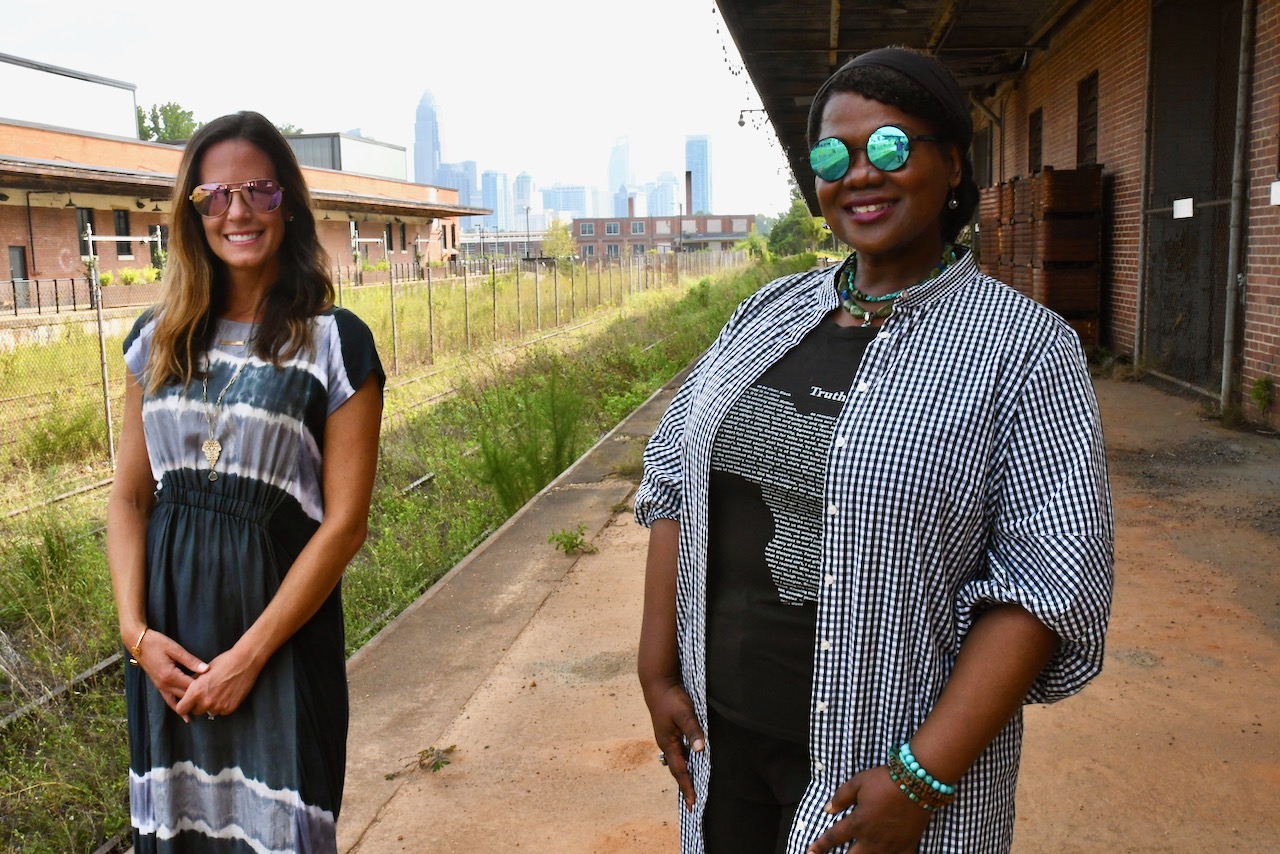 That’s where Michael DeVaul stepped in.

DeVaul, a strategy leader at YMCA of Greater Charlotte, immediately saw a potential problem. Or was it, perhaps, an opportunity?

So DeVaul, a Charlotte insider who takes pride in his ability to “collect dots and then connect them,” did what he does best: He connected the SHARE Charlotte team with the Black-led team of New Generation of African American Philanthropists (NGAAP), a Charlotte giving circle.

The result has been a collaboration working to strengthen the ecosystem that supports Charlotte’s Black-led nonprofits. Both organizations have called the effort “authentic,” even groundbreaking.

Valaida Fullwood, one of NGAAP’s founders, said the collaboration shows what can happen when Black-led groups are involved as equal partners in addressing issues that affect Black people.

“This isn’t about checking something off a list,” she said. “We’re doing this with intention and with a longer-range strategy.”

So far, the collaboration has paid dividends for both organizations.

With help from NGAAP and other Black-led groups, SHARE Charlotte has expanded its online list of Black-led charities. It also has built a search filter so that donors can more easily find them.

In return, SHARE Charlotte has used its social capital to create meaningful connections between dozens of corporate and foundation donors and Charlotte’s Black-led nonprofits, which they hope will lead to financial support during Black Philanthropy Month and beyond.

Now, both organizations speak of benefits gained through mutual respect and trust.

Amy Jacobs, SHARE Charlotte’s executive director, said that although her organization has long worked to support Black-led nonprofits, her collaboration with NGAAP has led to deeper, more meaningful connections in Charlotte’s Black community.

“We have attracted a new audience,” she said. “We want everyone in Charlotte to feel connected to our community, and we don’t know to what extent our Black neighbors feel included, feel like they are invited to learn about the nonprofit community and give.”

Looking back, Jacobs called the collaboration fortuitous, especially given the impact of Covid-19 on Black communities and the social unrest that erupted following the killing of George Floyd by a Minneapolis police officer on May 25.

“The great thing is that, because we had formed this partnership long before that, we had enough momentum and trust and relationship at that point, so we were able to meaningfully react.”

Prior to DeVaul’s introduction, Fullwood and Jacobs did not know one another.

Authentic support for Black-led nonprofits and the social causes they champion has become a rallying cry in the world of Black philanthropy.

During a visit to Charlotte in 2018, Susan Taylor Batten, president and CEO of the Association of Black Foundation Executives, said that of the billions of dollars distributed each year by large foundations, less than 2% of those funds go to organizations that are “specifically Black-led and organized to uplift Black people,”

Rather, much of the nonprofit money spent to address problems in Black communities is funneled through White-led groups, she said. Fullwood calls it a form of “philanthropic colonialism.”

NGAAP, she said, wants to break that dynamic.

“I don’t think it’s healthy or constructive for the community,” Fullwood said, adding that NGAAP wants to see local corporations and foundations doing more to strengthen Black-led nonprofits though grants that allow them to build infrastructure, not simply implement programming.

Fullwood praised SHARE Charlotte for its willingness to listen, even when some NGAAP members expressed initial skepticism about SHARE Charlotte’s motives.

Jacobs recalled those early days: “The first couple times we met, it felt very formal, just cautious; it seemed like a cautious relationship,” she said. “Now the atmosphere has changed a lot.”

Jacobs credits DeVaul with helping to bring the two sides together, calling him a “a great icebreaker.”

In addition to NGAAP, DeVaul brought into the collaboration other Black-led groups with expansive networks — groups such as My Brother’s Keeper of Charlotte-Mecklenburg and the National PanHellenic Council Charlotte Chapter, which includes nine Greek-letter sororities and fraternities. He also involved staffers from the YMCA.

“We didn’t even think we’d have to start with conversations about trust,” Jacobs recalled. “We have learned, as six White women, a tremendous amount about just how important trust and perception really are.”

Given Charlotte’s history, establishing trust was essential, DeVaul said, recalling a two-hour session, facilitated by a moderator, during which all sides shared feelings and visions.

“We are divided by race and by class,” he said. “If we’re going to get to a new narrative for Charlotte, we have to learn how to divide the work and conquer the systems. The old divide-and-conquer, it separated us.”

Jacobs said one of the lessons she’s learned was the value of intentionally sharing her social capital, especially the relationships her organization has cultivated with corporate donors and foundations.

Fullwood said she views the collaboration as a promising start, but she said Charlotte’s Black community also must hold corporations and foundations accountable for how they allocate their philanthropic dollars.

“While the support from such a wide, diverse spectrum of the community during Black Philanthropy Month is fantastic, I don’t want to leave it there,” she said. “This is an opportunity that we have to engage them in a bigger way, in a concerted way. So I hope that the work we do now has a longer, deeper impact over the long run.”

Simply put, we’re a full-service commercial real estate firm that develops, acquires, leases and manages quality industrial, office, and mixed-use properties, but at our core, we work to serve others by reinvesting our resources into the future of our community.