Community Link stands in the gap as evictions loom

Now that eviction moratoriums have expired, the local nonprofit is preparing for the influx of people who will need help to find housing. 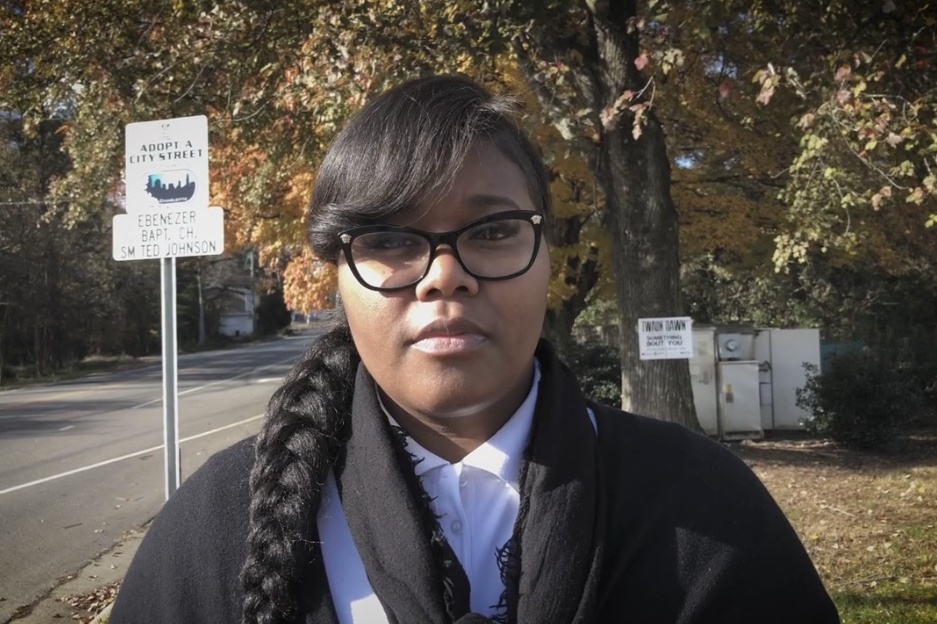 The Covid-19 pandemic has led to an eviction crisis in the U.S., where an estimated 30-40 million people are at risk of losing housing, according to a new study by the Aspen Institute.

Researchers say with expired federal and local eviction moratoriums, and delayed action by Congress, 29-43% of renters could be evicted by the end of the year.

Community Link is a Charlotte-based nonprofit that assists with housing for low-income residents and people experiencing homelessness. Floyd Davis Jr., Community Link’s CEO, says the “end of the year timeline” is generous, to say the least, and his organization is preparing for the blow.

“The volumes of calls we’ll be starting to receive will increase significantly as people are reaching out and finding ways to get assistance,” said Davis, who has led the organization since 2002. “That’s what we’re bracing ourselves for.”

Davis adds the process of evictions will start soon for many unless there is some quick action by federal policymakers to prevent it, like expanding the coronavirus relief bill or creating a new package altogether.

“On the local level, we have limited capacity to deal with this issue. We really need leadership on the federal level to address this issue and provide some relief in the interim as well as help develop a long-term solution to the issue,” he said.

Davis added that part of the problem for people facing evictions in Charlotte is the number of residents who rely on the service industry for work, which has been upended due to the pandemic.

“The businesses in the service sector that are able to reopen will need somewhere from 30-50% of the workforce that they employed prior to Covid-19,” he explained. “This means we’ll have 50-70% of our workforce that were employed who won’t have jobs to go back to.”

As of June 30, Mecklenburg County counted 3,111 people experiencing homelessness, up by more than a thousand from the same time last year.

“Our agencies in our local government have some ability to help people who are facing possible evictions for one or two months,” Davis shared.

Community Link, in partnership with several other nonprofits, is awaiting additional funding provided by United Way of Central Carolinas to help fight the issue. Davis recognizes that funds are limited and describes the financial assistance as “a temporary Band-Aid on the wound.”

He points to President Franklin D. Roosevelt’s administration as a model for the country to put the unemployed and underemployed back to work.

“If you look back at history, they [Roosevelt administration] dealt with something similar,” he said. “They created opportunities through the CCC [Civilian Conservation Corps] program to employ people through building the infrastructure of this country, and that’s how they were able to put people back to work.”

Without better-paying jobs, he says, the eviction crisis won’t go away.

“We need to look at doing something similar with this situation because, as I said, it’s not a temporary problem — it will be with us for a while.”

Community Link currently has $3.5 million worth of contracts with the U.S. Department of Housing and Urban Development [HUD], its main source of funding. However, the nonprofit has to provide a 25% local match to the federal funding.

That means employing a concerted effort to raise money via the community, individual donations and philanthropic gifts from companies.

“If you care about this community, and you’re doing business in this community, this is one of the ways you can help solve the community issue,” Davis said. “It’s just that simple. If we don’t work together to create solutions, it’s going to impact all of us.”

Deeper impacts on communities of color

Three months into the pandemic, Black and Latinx renters were about twice as likely as White renters to have “slight” or “no confidence” in their ability to make the next month’s rent, according to a Census Bureau survey.

For Black and Latinx renters, 26% and 25% respectively, reported being unable to pay last month’s rent compared to 13% of White renters.

Davis says the racial and economic trends around the country also reflect the landscape of Charlotte-Mecklenburg and surrounding counties. He repeated what we’ve come to know about Charlotte: It’s a tale of two cities.

With more and more tents going up around the upskirts of uptown, Davis said the scope of the affordable housing issue is becoming increasingly visible to residents.

He believes the “evidence of the problem” can inspire Charlotte’s community to do more to lend a hand — and engage in philanthropy.

For Community Link, its priority is to stave off evictions and foreclosures that are especially going to impact communities of color.

“It’s my passion for helping people with major issues, especially when it comes to housing and getting financial services,” Davis said.

“There have been a lot of things done through the years to create structures that have prevented people of color from accumulating wealth, and so my passion and motivation is to try to change that, one family at a time.”