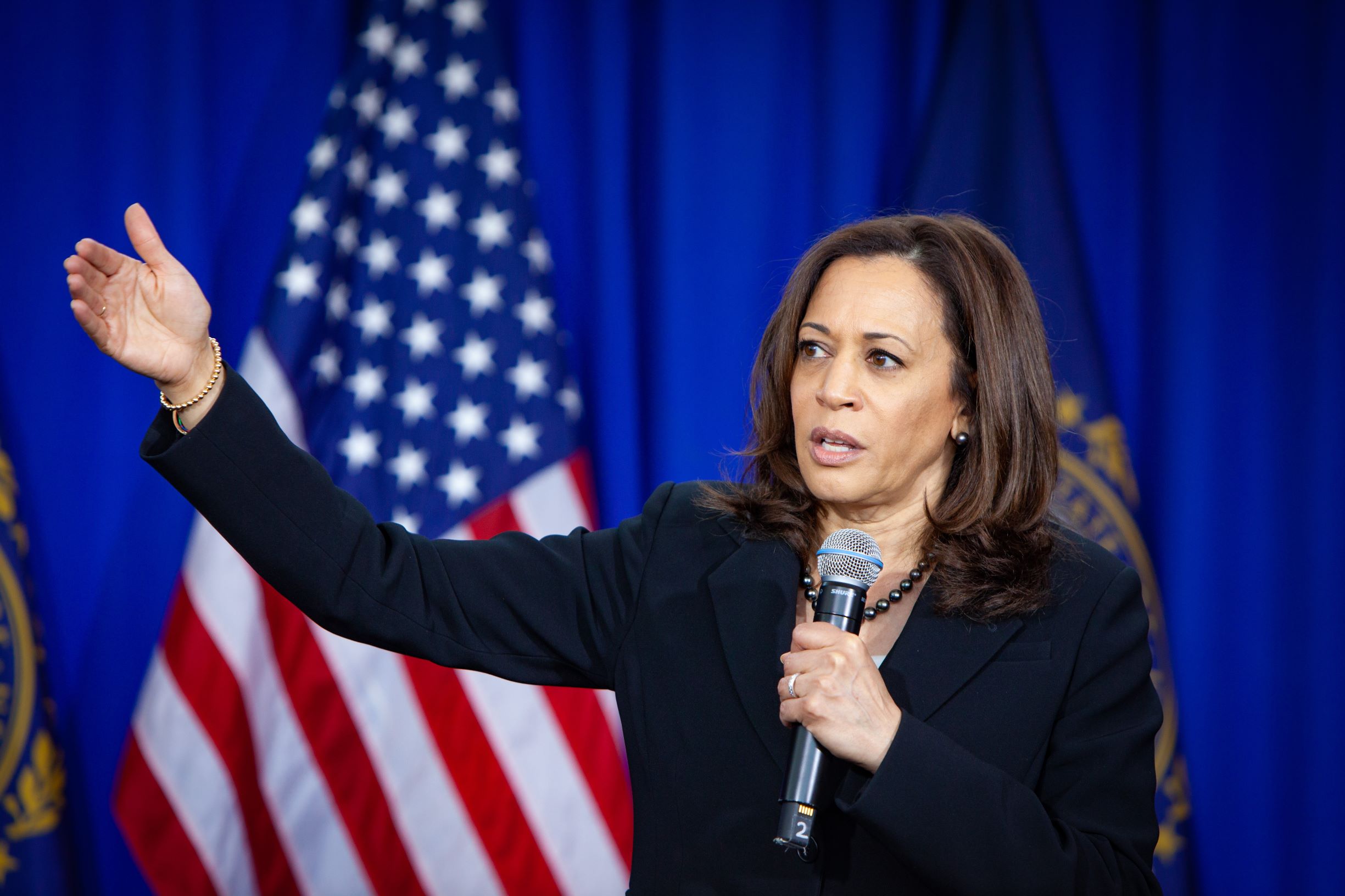 Kamala Harris during her run as a Democratic presidential candidate in April 2019. Photo: Shutterstock

Picking Harris makes good on Biden’s pledge to choose a woman for his running mate. It also solidifies her as the first Black woman and Indian American on a major party ticket as vice president.

The 55-year-old Howard University alum tweeted that she was “honored” to join the campaign. House Majority Whip James Clyburn (D-SC) told NBC News that as a father of three daughters and graduate of a historically Black university that he was “ecstatic” about the selection.

At a time when America is reckoning with issues of racial justice, Harris has used her platform as the lone Black woman in the Senate to speak up. Her interrogations of Supreme Court Justice Brett Kavanaugh and former Attorney General Jeff Sessions during Senate hearings garnered appeal from Democrat supporters.

Harris waged her own campaign for president that led to clashes with Biden during the Democratic debates last year, particularly once she criticized his opposition to busing and working with segregationist senators. However, she dropped her presidential bid in December and later endorsed Biden.

Still, those attacks against Biden left some of his backers with a bad taste in their mouth about Harris and questioning her loyalty. Some argued that “she’s too ambitious and that she will be solely focused on becoming president herself,” according to a CNBC article.

Harris has been called out for not being as progressive on reform issues as she claims, bringing up her time spent as San Francisco’s district attorney and California’s attorney general.

Biden and Harris will kick off their joint campaign with an appearance Wednesday at an event in Wilmington, Delaware, according to Biden’s campaign. Next week, they will accept the Democratic nominations during the party’s virtual convention. Then, head into November’s election vying to oust Donald Trump and Mike Pence.