The Concord native who has opened for some of the biggest names in stand-up will perform Friday on an outdoor stage at Charlotte's Spirit Square. 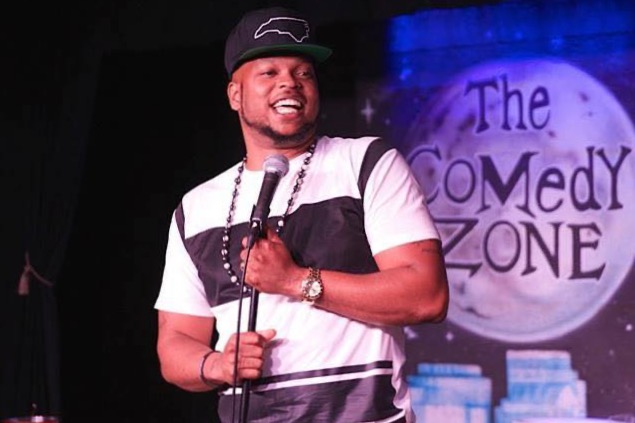 With so much depressing news these days, you’d be forgiven if you assumed that comedy was dead.

No, despite a Covid-19 pandemic, despite the social protests, despite everything in the headlines that have combined to make 2020 such a miserable year, humor is alive and well, says comedian Burpie – a.k.a Concord native Jeremy Alsop.

“As a comedian, I think anything and everything can be funny,” he said during a telephone interview with QCity Metro. “There’s a thin line between funny and offensive. Things that you do during quarantine; that’s funny. What you see while you’re out, the way that people act now because of coronavirus; that’s funny.”

He continues: “Not the death, not the people who get the coronavirus; that’s not funny. But what’s happening now — I guess you call it the new normal — that’s funny.”

On Friday, Burpie will bring his brand of funny to an outdoor stage at Spirit Square, where he will be the opening act for indie musicians YDMBSM and Courtney J. (The performances are free, courtesy of Blumenthal Performing Arts, but because of the coronavirus and the demands of social distancing, seating is limited to 25 people at any one time, and face coverings are required.)

Burpie said the performance will be just the third time he has been on stage since the pandemic hit.

An industry in peril

The entertainment industry has certainly taken an impact due to the pandemic. Events previously scheduled have been either canceled, postponed, or seen their number of allowed guests significantly reduced.

“Clubs were shut down for three or four months,” Burpie said. “Some comedians would die to get on a stage right now.”

Apropos of that impact, Blumenthal President and CEO Tom Gabbard sent out an email last week asking supporters to get behind a national #SaveOurStages campaign, an initiative asking Congress to provide financial relief to independent, live-performance venues.

“All of Charlotte’s show spaces have been shuttered since mid-March, and will likely remain closed for some time,” Gabbard wrote in the email. “Some of our city’s beloved theaters and concert halls may NEVER re-open without this support.”

Burpie, whose twin brother found a career in choreography, attended Central Cabarrus High School. He said growing up in a large and tight-knit family influenced his comedic style.

“It loosened me up; it prepared me for the stage,” he said, recalling family gatherings where it seemed that every member sought to out-funny everyone else.

Burpie described his onstage presence as energetic and animated.

“I want you to see and feel what I’m talking about,” he said. “I want to bring you into my world.”

His first comedy appearance was at an open mic in 2009, at a comedy club in Greensboro. He did it with one of his friends, Darren Brand, who is now a main member of the long-running TV show “Wild ‘N Out,” a hip-hop comedy improv once hosted by actor/musician Nick Cannon. (Cannon was fired from the show last month after it was alleged that he made anti-Semitic comments on his podcast and YouTube show, Cannon’s Class.)

Burpie recalled that they both got standing ovations that night, and he remembers thinking, “Oh, I like this.”

From that point on, he has never looked back.

In the years since, Burpie has won comedy competitions and opened for well-known comedians such as Dave Chappelle, Katt Willimas and Dave Attell. He also has been a member of “Wild ‘N Out.”

Despite coming from what Burpie described as a supportive family, not everyone welcomed the idea at first of him doing comedy full time.

“Oh, they hated it,” he laughed, especially his father, an old-school guy who firmly believed that Burpie needed a 9-5 job because he had kids and a family to support.

To address those concerns, Burpie said he simply explained to family members that he has a passion for comedy and could see himself being good at it. But even now, he joked, “I don’t think [my father] still likes it.”

Though he has performed nationwide, Burpie said he still appreciates climbing on stage in front of a home crowd.

“It’s a dream,” he said. “Everything is coming back full circle. I had to go to New York for someone to give me a chance. I had to go to Vegas with Kevin Hart to get the [live] streams and recognitions. I had to open up for Katt Williams for people to take me seriously as a comedian.”

When asked about his Friday performance, Burpie said the Spirit Square audience can expect to hear about his life, his take on current events and the hilarity of being quarantined with his wife and children — “complete ig’nance in its purest form,” he said.