As we honor both the anniversary of the Voting Rights Act and the spirit of Rep. John Lewis, I will not allow voter suppression to continue to be the norm in North Carolina. 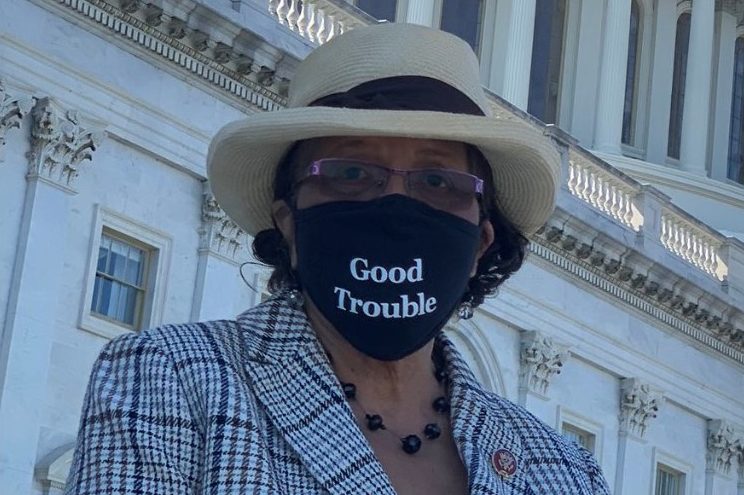 In the 55 years since the passage of the Voting Rights Act of 1965, the expansion and protection of voting rights afforded by this landmark bill have never been fully realized in our state.

As the nation continues to grapple with the Covid-19 pandemic, our right to vote has never been more important — or more endangered.

In North Carolina, discriminatory voter regulations plague our past and our present. From voter ID laws to gerrymandering, voting in North Carolina has never been treated as it should be: a fundamental right bestowed upon all citizens of this country. Instead, it has consistently been used as a tool to silence minority communities, evolving from literacy tests (which were in place in North Carolina until 1970 and removed only when forced by the Supreme Court) to restrictive voter ID laws and elimination of same-day registration.

In 2013, Republicans in North Carolina’s state legislature voted unanimously to pass an unconscionable anti-voting law, requiring voter identification but forbidding the forms of ID most frequently held by people of color. Ultimately, the U.S. Court of Appeals struck down the law, but the GOP tried again in 2018. Again, they failed, as the North Carolina Court of Appeals found that the law was intended to suppress African Americans’ votes.

Our right to vote is threatened not only by Republicans’ attempts to suppress voters but also by the dangerous misinformation coming from the White House. President Trump continues to turn a blind eye to his party’s blatant voter suppression efforts and send out harmful falsehoods about absentee voting.

And now, as this election moves to voting from home due to the coronavirus, the Trump Administration is working to dismantle the United States Post Office itself.

We need a leader who recognizes and stands up against attempts to disenfranchise people, particularly in communities of color and especially amid the uncertainty of a pandemic. We should be doing everything we can to make access to the ballot box easier and more fair.

This year, as we honor both the anniversary of the Voting Rights Act and the spirit of Rep. John Lewis, a civil rights pioneer who made this issue his life’s work, I will not allow voter suppression to continue to be the norm in North Carolina. I spoke out against the Republican-controlled state legislature’s attempts to disenfranchise people of color, students, the elderly, and low-income North Carolinians in 2018, and I’ll continue to press Congress to act to restore the Voting Rights Act in 2020.

What we need now is a President who will join me in the fight to ensure everyone in our state can exercise their civic duty and constitutional right.

This Story is Tagged: elections, Politics