How Covid-19 has upended criminal prosecutions in Mecklenburg County

Because of the pandemic, District Attorney Spencer Merriweather’s team of prosecutors has not convened a jury trial since March 13. 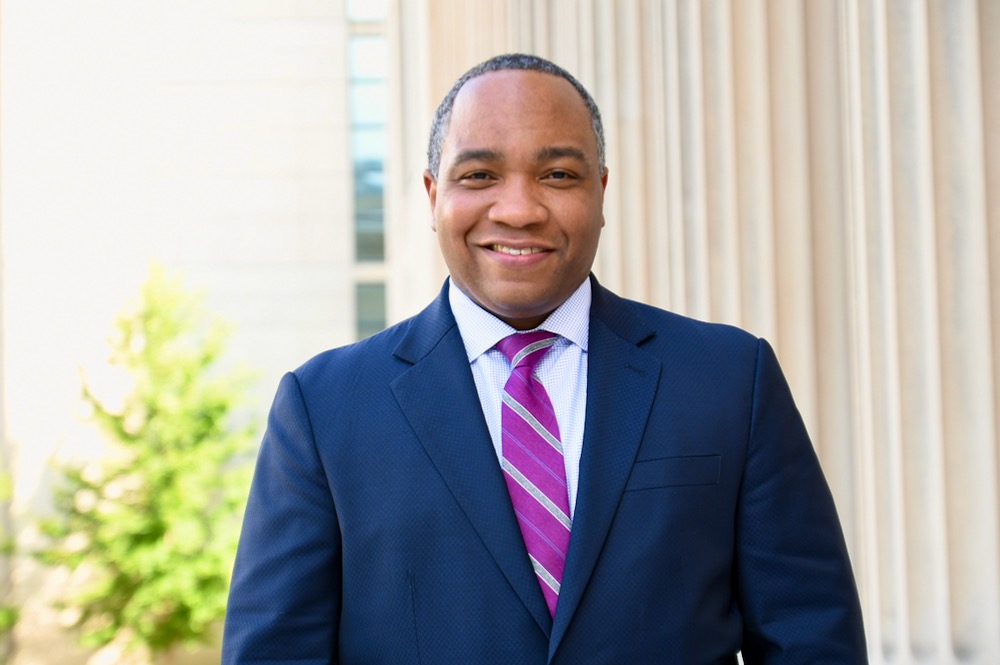 The year 2020 began with much promise for Spencer Merriweather, the Mecklenburg County district attorney. On Feb. 3, he met with reporters to outline the strategies his office would deploy to “achieve justice more swiftly in our courts.”

He pledged to bring to trial at least 20 homicide cases this year, an increase from 13 in 2019.

He vowed to redeploy his staff to achieve greater efficiencies, to work more closely with law enforcement, and to ask state lawmakers for new legislative tools that would better protect Mecklenburg residents from violent criminals.

Then came the coronavirus in early March. And with much of the court system still effectively shut down, Merriweather’s team of prosecutors has not convened a jury trial in nearly five months. And equally daunting, they have no clue when trials by jury might resume.

The coronavirus outbreak, Merriweather said, has had a “completely halting impact on the criminal justice system,” forcing his office to “completely reorient” how it functions.

Instead of being on track to try 20 homicide cases this year, Merriweather said his office, at least for now, is stuck at the four cases it tried before the pandemic surfaced. (Each of those cases, involving a total of five defendants, ended with convictions, and a sixth defendant pled guilty when his case was called for trial.)

Meanwhile, Mecklenburg County is experiencing another spike in violent crimes – especially homicides and domestic violence. As of Aug. 6, the Charlotte-Mecklenburg Police Department had investigated 72 criminal killings this year, up from 61 this time last year.

Merriweather added: “Never in a million years would I have imagined that we would have been in a circumstance like this. We are trying to keep our eye on the ball and just make sure that we’re ready once we’ve gotten out of this mess.”

And it’s not just homicides. Dozens of people who were arrested during street protests following the killing of George Floyd by a Minneapolis police officer now face misdemeanor charges with no trial dates in sight. Ditto for defendants accused of shoplifting, rape, theft, armed robbery, domestic violence, and a host of other crimes large and small.

Merriweather said his team is focused for now on keeping those accused of violent crimes locked up.

Q. The U.S. Constitution guarantees defendants the right to a speedy trial. How is that now possible?

All our 50 states have sort of a different interpretation. They usually have supplemented that constitutional right with their own idea of what a speedy trial is. In the state of North Carolina, a pandemic or some sort of unforeseen circumstance is not seen as a delay by the state or delay by the government. So I don’t believe that would be grounds for any action as far as dismissal of cases or anything like that.

Q. Still, from a practical standpoint, how do these delays affect the administration of justice, especially for defendants?

A defendant is charged with a crime and usually has the opportunity to immediately get in front of a judge. We’ve been able to do some of that. We’re constantly looking at ways to make sure that we’re keeping the courthouse safe. From there, a defendant has an opportunity to review the evidence against them, and that means that we are preparing discovery and working with law enforcement to make sure that we have all the evidence so we can hand it over to the defendant to review.

Q. Are defendants being detained pending trial, especially those who can’t afford bail?

We’ve had to be especially thoughtful about keeping people in custody through a pandemic. Throughout this crisis, we always are weighing the use of resources, of having a person in custody versus the danger to the community that they may present if they are out of custody. And so it calls on all of the people within the criminal justice system to be thoughtful and responsible in trying to balance and weigh those outcomes.

Q. Does that mean we have more people on the streets who’ve been charged, but not yet tried, with violent crimes like murder?

It’s the position of this office that, if you take a life, we’re always going to ask the judges to keep (those) people in custody, whether that actually happens or not. I certainly believe that there are people who are out of custody that shouldn’t be. But pandemic or not, we want to make sure that people who we believe are a threat to life and liberty, that those folks are kept in custody. And at no point has my office or anybody else made any compromises on that.

Q. One of your stated priorities for this year was to ask state lawmakers to give judges greater leeway to deny bonds for repeat offenders who commit violent crimes. Has that gone anywhere?

It’s a short (legislative) session this year, but I have sat down with every member of our legislative delegation and told them about my proposal for what’s referred to as “preventative detention.” I expect that until there’s a long (legislative) session, which will come up in 2021, that’s when those conversations will be a lot more substantive.

Q. Any thoughts on the weeks of protests we saw here in Charlotte?

I always say I’m here by way of somebody’s protest. I’m in the position that I am because, at some point and in some life, people stood up and tried to expand the rights and liberties arising from the Constitution. So whenever there’s protest, I feel that as a public official, and quite frankly as a citizen, I’ve got to listen. I will tell you that one of the things that gets left out of that conversation very often is the inequities in our criminal justice system against victims. One of the things that I do not ever want to see is the cheapening of life among people of color. There’s no reason why this community, or any community, should find a murder that happens on the corner of Beatties Ford and LaSalle any more acceptable than it would be if it happened on the corner of Queens and Queens. And every moment that we don’t raise holy hell about that disparity, we are doing tremendous harm to this community as a whole, and I think that we all suffer as a result of it.

Q. What about the dozens of protestors arrested? What happens to them?

Again, right now there are no trials. I’ve been in my office pretty much every day, but most of our office is working remotely. We’ve been bringing people in by shifts to cover certain court sessions. Predominantly, they are concentrating on the review of felony cases, and most of the circumstances that you’re hearing about from protest and the like don’t rise to the level of felonies. I know there are people who are itching to have us review some of those cases. But I also want to make sure that we’re handling it just like we handle any other case, which is carefully, and at a time like this, that’s going to require a little bit of patience.

Q. Will you eventually be forced to dismiss many of these minor cases because of scarce resources ?

If this system is cranked down for 12 months or however long, it won’t be shocking to anybody that I’m going to have to look at entire classes of cases and figure out where it is that I’m going to use my resources. I do not want to have to make any compromises on violent crime cases. Whatever I’ve got to do to get there is exactly where I’m going to go. There’s no way in the world I can look outside my window, and meet and speak with these families that are really suffering from violent crime and not make that my first priority.

Editor’s note: Merriweather’s answers in the Q&A portion of this article were edited for brevity.

This Story is Tagged: Homicides