Efforts to make Juneteenth a federal holiday intensified amid protests against police brutality and systemic racism in the aftermath of George Floyd’s death. 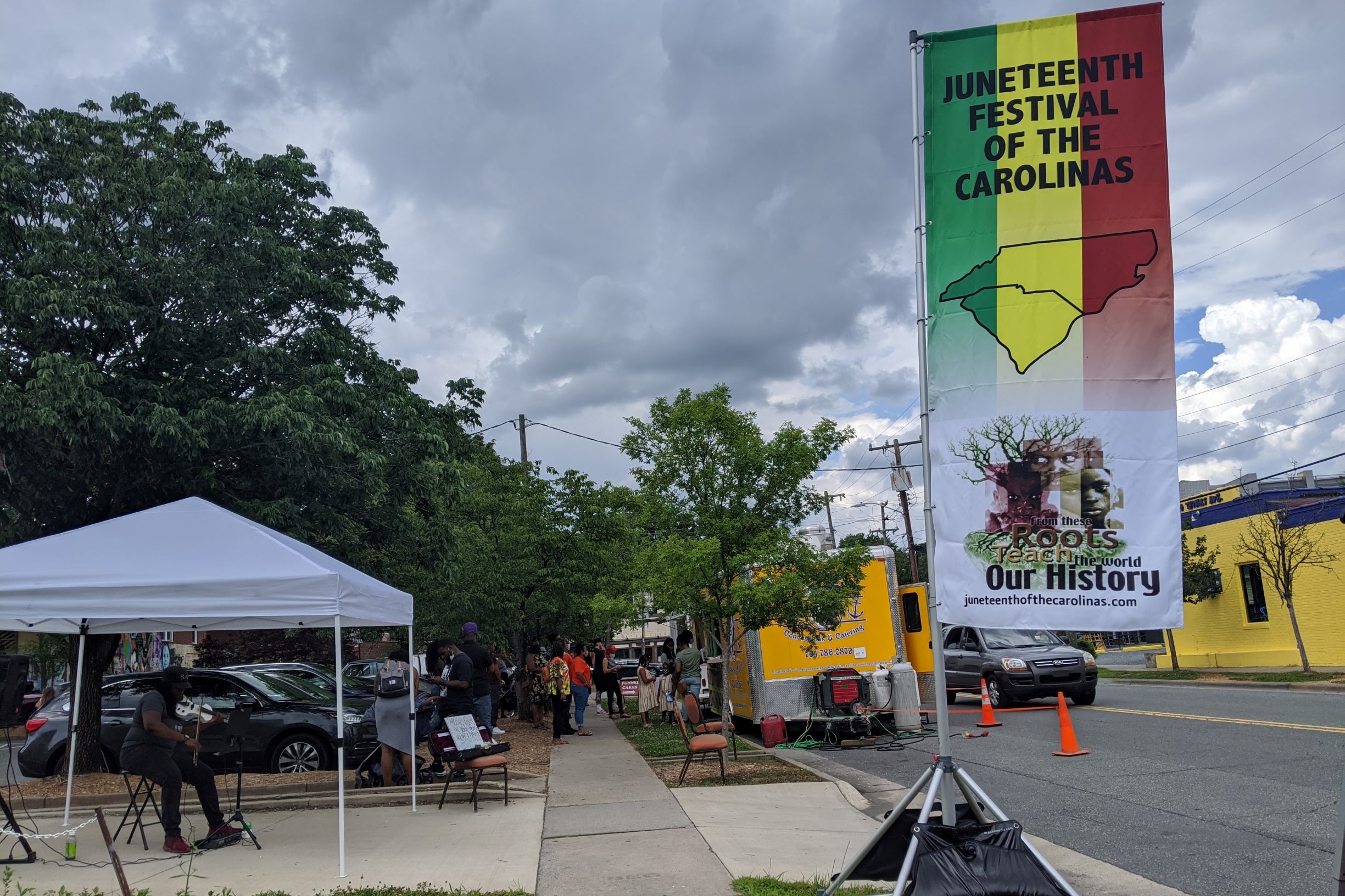 Juneteenth Festival of the Carolinas scaled back on its 2020 celebration in Plaza Midwood due to coronavirus restrictions. Photo: QCity Metro

A bipartisan attempt to solidify Juneteenth (June 19) as a federal holiday has failed in the U.S. Senate.

Sen. Ron Johnson (R- Wis.) blocked the legislation Wednesday, saying that while he supports celebrating the ending of slavery in the U.S., it would cost taxpayers in the private sector about $600 million annually to give federal workers a paid day off.

“…[that’s a] $600 million bill that hardworking taxpayers would have to foot in an era where we are $26.5 trillion in debt, and 17 million of our fellow Americans are currently unemployed,” Johnson said from the Senate floor Wednesday.

Efforts to make Juneteenth a federal holiday intensified as nationwide protests against police brutality and systemic racism swelled in the wake of George Floyd’s killing by a Minneapolis police officer.

Most states and the District of Columbia have passed legislation recognizing it as a holiday or observance. Sen. John Cornyn (R-Texas), who has been the lead author of the Senate’s annual Juneteenth resolution since 2011, said the efforts were an opportunity for those with different political beliefs to come together.

“There is a moment available to us here where we can demonstrate our nonpartisan support for this act of racial reconciliation in our country,” Cornyn said during his floor speech Wednesday. “We still have room to grow as part of that — developing that more perfect union.”

In a statement to the Milwaukee Journal Sentinel earlier this month, Johnson suggested eliminating Columbus Day “in exchange” for Juneteenth because it is “a holiday that is lightly celebrated and least disruptive to Americans’ schedules.”

On Wednesday, Johnson reiterated his suggestion. He offered a proposal to offset the cost by eliminating one of roughly 10 days of paid leave for federal workers.

“We shouldn’t be penalizing our workers by taking away benefits, especially not in the current environment, and especially not as the price to pay for recognizing a long-overdue federal holiday,” he said.