Mr. Jim's.Pizza #77 opened in 1998 because there was a lack of restaurants that delivered to their west Charlotte neighborhood, owner recalls. 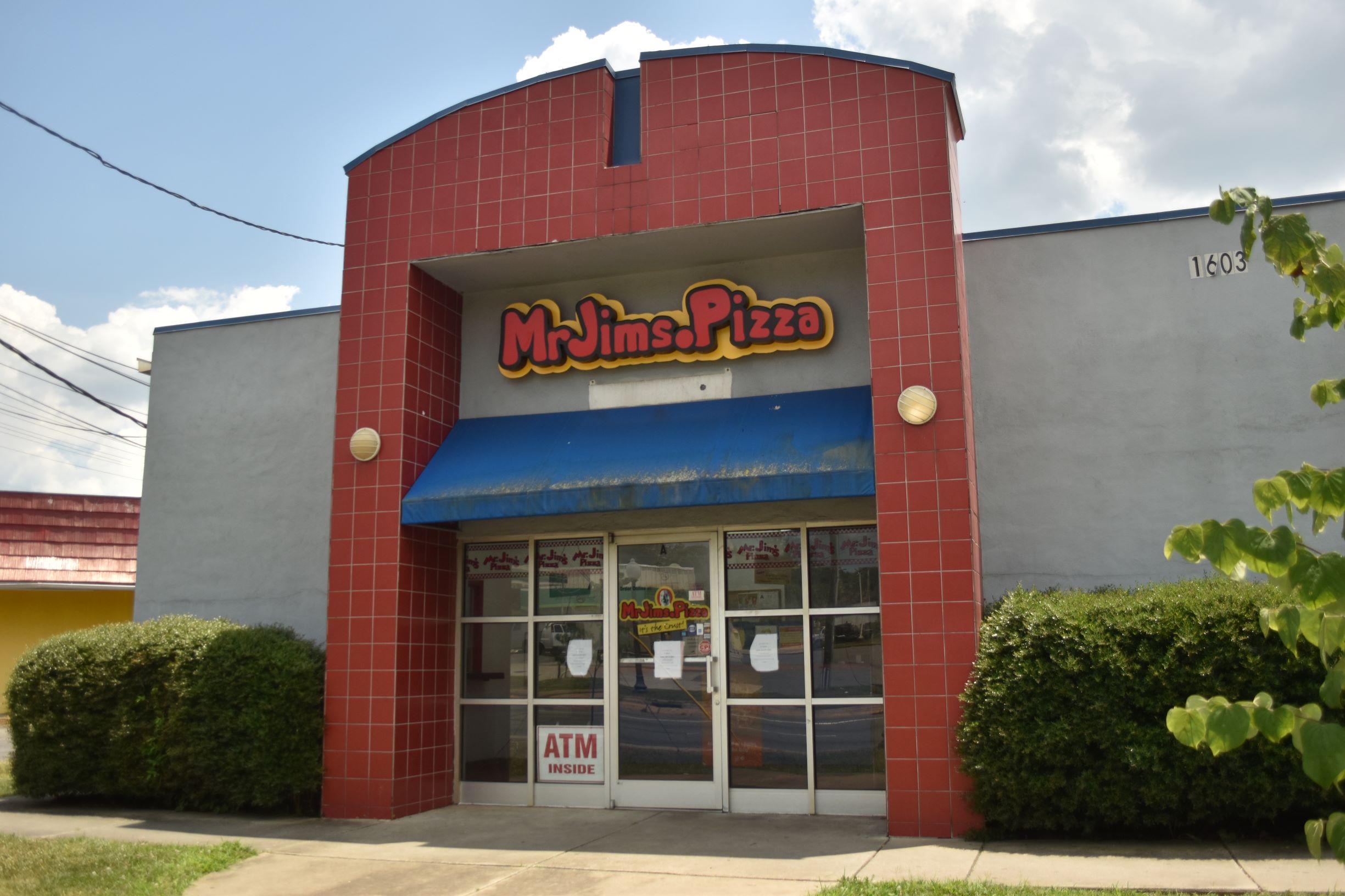 Brothers Javon and Jermiles Williams understand the meaning of legacy and valuing their customers.

Their parents, Linsten and Lizzie Williams, opened Exclusively Yours Hair Design, Inc. over 45 years ago. The hair salon, located at 1603 West Boulevard, created a cornerstone business for the west Charlotte community.

In 1998, Linsten, a hairstylist by trade, brought another business into the family — a franchise opportunity born out of necessity.

One day while trying to order pizza for his employees at the salon, the elder Williams realized that restaurants weren’t willing to deliver food to his westside location. He believed it was because of the area’s stigma as a crime-ridden part of town. That moment confirmed what the family’s next venture would be, a pizza establishment that delivered throughout their neighborhood.

“My father went to a franchise convention to explore opportunities and met the owner of Mr. Jim’s.Pizza,” Javon said. “He followed up with a visit to the company headquarters in Texas and has been with them ever since.”

Mr. Jim’s.Pizza #77 sits at the corner of West Boulevard and Remount Road, neighboring the Williams’ hair salon. According to the family, their store is the only Black-owned pizza franchise in Charlotte. Their delivery service spans a five-mile radius, including the Beatties Ford Road corridor, uptown, and parts of South Boulevard and east Charlotte.

Javon remembered the community’s excitement when the store first opened and launched pizza delivery in the area.

“Residents took photos of our drivers delivering pizza to their doors to capture the moment because other establishments either refused to deliver to residences in that zip code,” he recalled, “or they ended delivery between 4 and 6 p.m. No food deliveries were made at night.”

The family opened a second location in 1999 on Graham Street near Wayne’s Supermarket to accommodate more school lunch orders. However, business was slow and the shopping center landlord wanted to raise the rent.

“This was right when the recession started to hit, and our delivery zones were beginning to overlap,” Javon said. “When we realized that we could service the same area from one store, we opted to close [the Graham Street location] and increase from three to five drivers to continue servicing those customers.”

Today, the family has settled into their respective roles managing both businesses. Lizzie, a former school counselor and three-time breast cancer survivor, has since retired from running daily operations. She scaled back to handle accounting and other paperwork.

Javon, who studied mass communications and radio, television and film at Winston-Salem State University, oversees day-to-day operations at Mr. Jim’s.Pizza. He was interning at local radio station V101.9 during his second year of college when he decided to work in the business full time.

Jermiles used his background in cosmetology and naturally stepped into the role of managing the hair salon. Sadly, Linsten passed away in 2008 from multiple myeloma.

Mr. Jim’s.Pizza has always been a takeout and delivery spot, but North Carolina’s executive orders to curb the spread of the coronavirus closed nearby business parks and hotels that made up the daytime clientele.

Neighborhood residents are still ordering pizza, but with less commercial customers, Javon shaved off four hours of business, now operating from 2 to 10 p.m. Reduction in hours also impacted his 11-member staff, consisting of six in-store employees and five drivers. Once hours changed, Javon had to lay off his newest hire.

Personal care services, which include hair salons, shut down in March under the governor’s orders and weren’t allowed to reopen until Phase 1 of the three-part reopening plan expired in late May. When Jermiles started taking appointments again at the onset of Phase 2, he had to keep safety guidelines and social distancing requirements in mind.

“My brother did 15 to 20 heads a day. Now he’s down to eight to 10 clients, and appointments are spaced out,” Javon said. “He extended hours a little longer to accommodate one or two extra clients, so rather than closing at 7 p.m., they now close at 10 or 11 p.m.”

The salon also lost stylists during the shutdown who left to find other jobs.

More than 20 years later, Mr. Jim’s.Pizza is considered a community staple and, according to Javon, is “the neighborhood pizza place.” Over the years, the Williams have watched young patrons grow into adults who now support both businesses.

Their reach into the community includes supporting area schools, churches, daycare centers and the Stratford Richardson YMCA. The store also partners with local activist Gemini Boyd and his nonprofit, Project BOLT, to feed families in need.

Javon regularly speaks to students at Phillip O. Berry Academy of Technology, Harding University High School and West Mecklenburg High School about the opportunities in franchising. He encourages youth to keep their minds and options open as they explore opportunities to become business owners.

There is a noticeable shift in clientele as the Revolution Park neighborhood and surrounding communities undergo revitalization. Lower-income residences and older homes are being torn down to make way for new high-rise apartments.

“There’s not as many familiar faces as residents of Statesville, Brightwalk and Tryon Hills are forced to relocate,” Javon said. “In the Wilmore community, I would know 10 families just on Wilmore Drive. Now, I may know two or three as more people are priced out of their homes due to paying increased property taxes.”

However, he noted that Mr. Jim’s still has customers who drive as much as 30 minutes each week to pick up orders.

Despite the changing demographic, Williams is proud that he and his brother are continuing their father’s legacy. They’re leaving the option open for their own children to possibly take the helm one day.

“My kids are 22, 18 and 15; my brother’s children are 25, 22 and 1 year,” Javon shared. “The goal is for the businesses to stay in the family, even if they go on to open others. Our father created these companies as a means to build generational wealth. It’s property, so the equity [from the buildings] can benefit other businesses they may have in mind.”

Like their father, the Williams brothers have provided a foundation for their children to plan their financial futures. All they need to do is take the next step.