There’s one Beatties Ford Road, and we have to work together to build a corridor – and a city – where everyone can thrive. 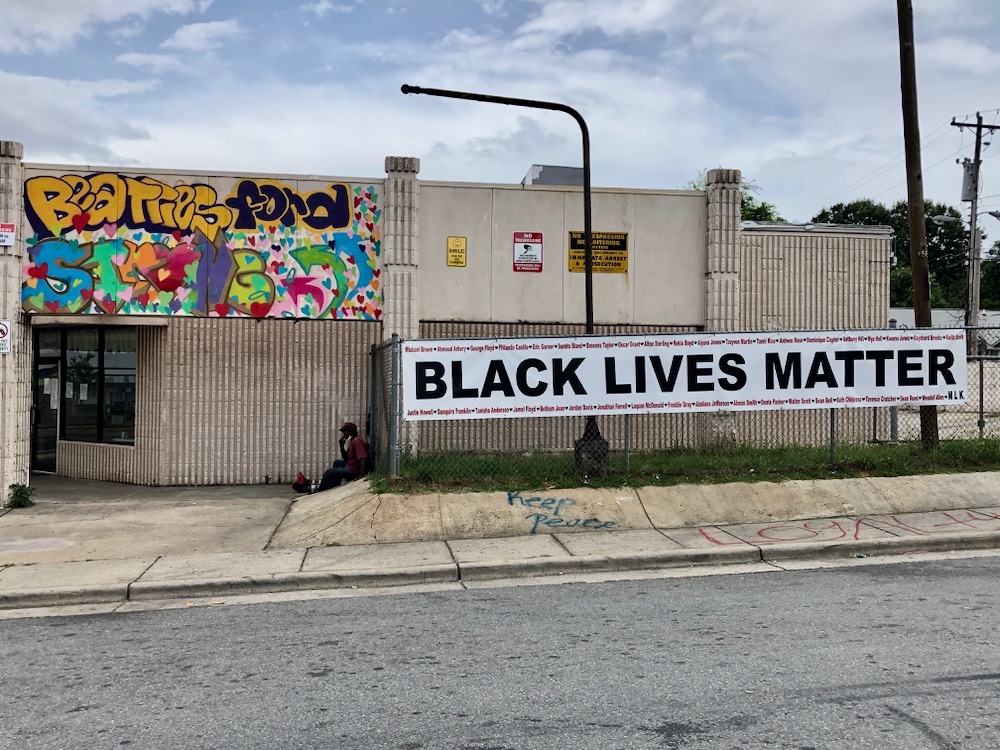 Frye Gaillard, former Southern editor at the Charlotte Observer, wrote in a 1990 article that “on its meandering journey of 15 miles, Beatties Ford Road has long been a symbol of tradition and hope.”

As a teenager from Charleston, who came to Johnson C. Smith University on a tennis scholarship in the 1980s, I walked Beatties Ford Road countless times. I’ve also walked it many more times in my role as a Charlotte City Council member in the late 1990s and early 2000s, as a North Carolina senator, and in my years of working at Johnson C. Smith University as the special assistant to the president for government and community affairs.

Those walks have been different since I rejoined the Charlotte City Council six months ago. I’ve talked to countless members of my community – individuals and business owners who live and work along that road. I’ve heard their stories, their complaints, and their feeling that no one is listening to them about the issues, about their needs. I’ve also heard hope in their voices – and I’ve seen that hope manifest itself in their determination to work hard to make our community strong.

It’s a hope and determination that I share. When I was in the Senate, I remember walking into City Hall and demanding change for the corridor. When I first met Dr. Ronald L. Carter, former president of Johnson C. Smith, I told him the same – and he listened, making me his special assistant for government and community affairs specifically so I could work on projects related to Beatties Ford Road.

All the projects I worked on during this time – the Streetcar Project, the Five Points Plaza, the I-77 West Trade Street Underpass Project, the State Street Trail Crossing, additional improvements on State Street, and the Rozzelles Ferry Pedscape – will be completed by the end of the year. Again, I worked on these as a private citizen, with no public title. The investment dollars of all these projects combine to just over $162 million.

Last year, I ran for City Council again – and my platform was – yes, you guessed it – Beatties Ford Road. I wanted to make sure the west end of the corridor was set up for economic and community revitalization like the east end, but on our community’s terms. I wanted us to be part of the change – not a victim of it. I wanted us to look at the corridor as a whole – not individual parts.

And, with many of my colleagues on the council, that’s what we’re doing. In our latest budget, we have $24.5 million earmarked for corridor revitalization. We’re working to reimagine the area surrounding the intersection at Beatties Ford Road and LaSalle Street through the Urban Main initiative. We’ve helped preserve the historic Excelsior Club, we’re working on creating an exciting community gathering space at Five Points and connecting our community with the new streetcar. Many of these initiatives are being realized today because of my predecessors, who had the same hope and determination as me and my colleagues.

For many, it might be difficult to see this progress in the wake of what occurred on Beatties Ford Road a week ago. Weeks prior, I walked the Beatties Ford as part of peaceful protests for social justice. I was proud to take part in what I consider to be the most meaningful social justice movement that I’ve seen in decades. But a week ago, that walk was different. What began as a peaceful Juneteenth celebration turned deadly, and I walked past crime scene tape and countless shell casings. I walked past people grieving and roses laid on the concrete to remember the lives lost there.

I understand and share the frustration and anger of my fellow community members – and that we take steps forward and come together as a community, only to be held back by violence. I’m angry that the progress we’ve made is overshadowed by more shootings, more murder.

Please know that I’m not here to explain away the violence – or have us forget it. The pain of this shooting is real, and it deserves to be felt. But I do feel the need to point out that we are making progress. Yes, much more progress is needed, but in all of the things I listed above, we’re building a foundation for a new future for our community.

I know you’re fed up with how slow progress and change are; I’m fed up, too. However, there’s no denying that real change – meaningful, long-lasting change – is the type of change that will lift our community up in tangible ways. It’s not the type of change that makes its way to social media, or is the topic of a viral news report, but it’s the most important kind.

One of the key changes, without a doubt, is working on instituting meaningful police reforms. The City Council has identified four to five hotspots in Charlotte when it comes to crime, and the corner of Beatties Ford and LaSalle is one of them. We’re working with the Charlotte Mecklenburg Police Department (CMPD) to provide them with wraparound services that include help for the homeless, drug treatment, and ways to prevent drug sales. The shooting was a setback, undoubtedly – but it’s also brought to light that a tougher approach is needed to clean up this corner.

Even though CMPD has clarified its use-of-force policy and has indicated that the goal of every single armed encounter is de-escalation, the City Council’s Public Safety Committee continues to explore options for police reforms – we’re working to align our policies with the “8 Can’t Wait” initiative, because we know eight isn’t enough. I appreciate the hard work from many in our community to push for these reforms. I’ll continue to reach out and meet with the community in person – just as I have when I went down to Beatties Ford Road and LaSalle on the first night of protests.

We need to remember this: that good work has been done and continues to be done. More good work is needed, and for that to happen, our community of Beatties Ford Road needs to continue to take ownership of our community. We cannot allow the foundations we’re building to be torn down, and we cannot ignore the forward momentum we’ve made – or worse, have it be lost to violence.

As someone who has spent more than 15 years serving as an elected official, I can say with certainty that there are limits to what governments can accomplish. This is why it’s even more important for our community to work together, stay together, and not turn on one another. It’s hard to continue progress when we’re worried about “sides.”

There’s one Beatties Ford Road, and we have to work together to build a corridor – and a city – where everyone can thrive.

Malcolm Graham is a dedicated public servant and powerful public speaker, especially on the topics of race and discrimination, community and common-sense gun laws. He is a Charleston, South Carolina, native who has lived and worked in Charlotte for more than 30 years and serves as the District 2 Council member, which includes Beatties Ford Road.