The collaborative, which focuses on crime prevention and re-entry services for former offenders, shifts online and sees its message spread further. 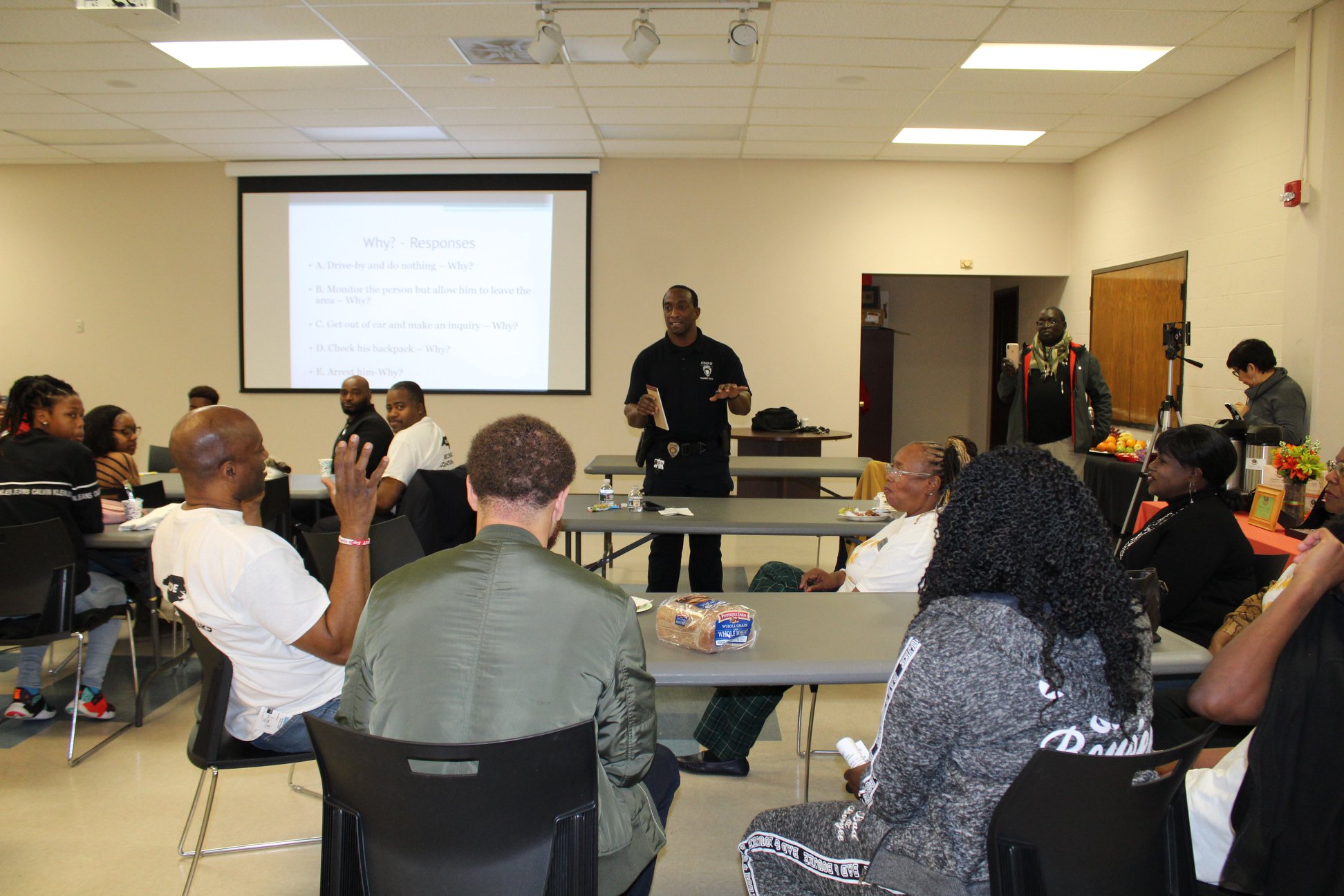 When some people hear the name Mecklenburg Council of Elders [MCOE], they instinctively think it relates to the elderly. But according to Maria Macon, the organization’s founder and executive director, the name is a cultural reference to an esteemed group that doles out discipline to individuals who have done wrong or wronged the community.

In Charlotte, MCOE is on the other side of the coin. As a community-based social justice and criminal justice organization, members work to prevent incarceration and help former offenders get a second chance through record expungements — removal of arrests and/or convictions from a person’s criminal record. Those barriers can limit access to jobs, housing, education and other critical needs.

Macon says with the onslaught of the coronavirus pandemic, the organization has pivoted in new ways to carry out its mission.

“This pandemic is allowing us to learn more, but we are also getting the message further,” she said.

Instead of offering in-person programs and hosting criminal record expungement clinics face-to-face, they’re now utilizing Zoom and a calling program to reach people Macon refers to as their clients.

“You put one message on the phone and it reaches hundreds,” she said, referring to the CallingPost program. “Sometimes, it takes that because people who are in this situation of getting their criminal records expunged do not always have the normal avenues of communication.”

Setting up alternative communication methods for people in need of MCOE’s services has been costly, but much of that cost has been offset by a $25,000 Covid-19 Response Fund Grant provided by the United Way of Central Carolinas.

Macon said the council used part of the grant to host an online session of its Know Your Rights workshop, where attendees learn the dos and don’ts of interacting with law enforcement.

“We had more people than what would normally come to a program,” she recalled about the June 13 virtual meeting. “We usually have anywhere from 100 to 200 people, but on YouTube, we’re upwards of [500] to 600 viewers. We’re actually reaching more people with the message.”

Macon, a Chicago native and nonprofit manager by trade, says the message has remained the same since starting MCOE six years ago: to serve as a bridge between the criminal justice system and the community.

She recognized the need for a liaison between police officers and the community along with some type of accountability. While part of a community relations committee that involved crisis response to things like natural disasters, she realized there were other crises, like policing, that needed attention.

That’s where the mission for MCOE was born, with a focus on prevention, intervention and life after incarceration.

According to Macon, the turnout shed light on the vast number of people who need resources post-incarceration.

In other troubled areas of the criminal justice system, MCOE has taken a slightly different approach than protesters who have marched throughout Mecklenburg County calling for an end to police brutality. The council is strategically planning how to help the community regain confidence in the police — and not just the police but government overall — because, as Macon puts it, “somebody has to give police orders.”

MCOE is planning talks with high-ranking city and county officials as well as a moratorium on gun violence in Charlotte on July 7. Macon says the idea behind the moratorium is to have more cultural awareness and moral conversations around life and karma.

“We don’t talk and operate in the fact that whatever we do is going to come back on us,” she said. “And so, we want to bring in that karma piece and really show people what it looks like.”

As for city and county leaders, Macon adds, “…we want to challenge Charlotte-Mecklenburg County and see how long we can go as a group, people, municipality, without violence, particularly gun violence.”