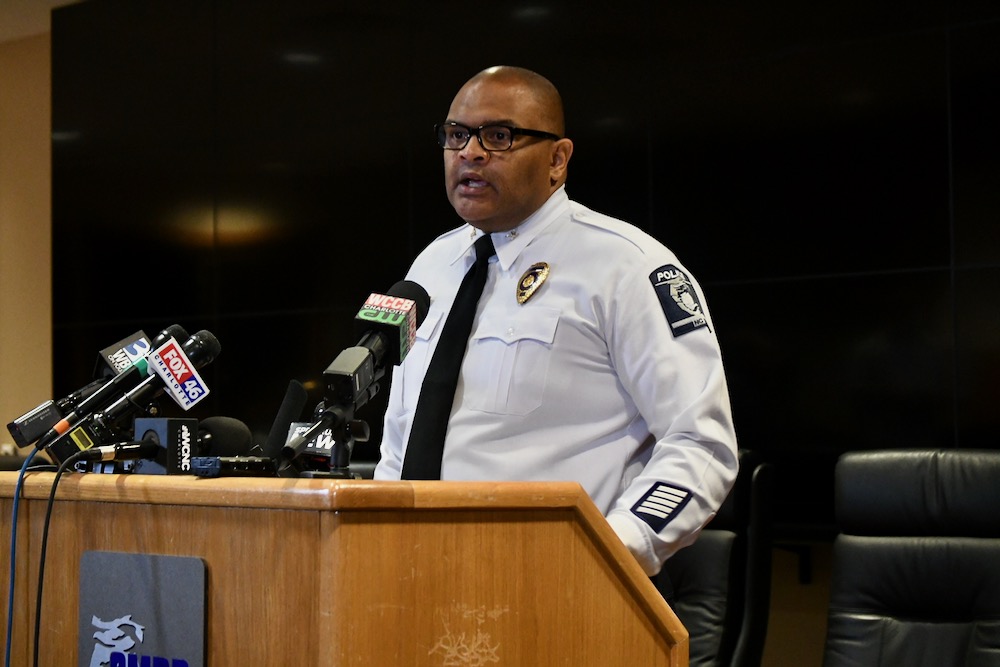 The killers who carried out Monday’s mass shooting on Beatties Ford Road used a variety of weapons — handguns and assault-style rifles — according to a Charlotte-Mecklenburg police official, who repeated a call for witnesses to come forward, even if anonymously.

In total, the Charlotte-Mecklenburg Police Department recovered 181 shell casings that were fired near the intersection of Beatties Ford Road and Catherine Simmons Avenue, where an estimated 400 people had gathered for a street party.

CMPD on Wednesday confirmed reports that a fourth person had died from injuries sustained during the violent encounter. Authorities identified the latest fatality as Dairyon Dejean Stevenson, 31. Stevenson died in a hospital from gunshot wounds.

At least 10 other people were injured.

A department official said that one of the previously announced deaths occurred when a victim, running from the carnage, was struck by a vehicle. Local media previously had reported that all deaths had been the result of gunshot wounds.

Tips, but no suspects

CMPD’s Deputy Chief Gerald Smith told reporters on Wednesday that at least 20 people had come forward to provide information about the shooting, but he stressed the need for others to come forward — especially those who may have video footage from that night.

“We’ve had a number of people call Crime Stoppers, send us videos, step forward to be witnesses. However, we know that there are more,” Smith said. “No matter what you think, how big or how important what you saw out there, you should call us…so that we can put together this whole, full picture.”

Smith said it was unclear at this time whether the shooting victims were caught in a crossfire or whether the shooters deliberately fired into the crowd. More video footage is needed, he said, to determine the sequence of events.

When asked whether CMPD had identified potential suspects, Smith said, “There are some names that have come up.”

Smith said CMPD had found no evidence that the shooting was planned. Some of the bullets recovered by investigators, he said, showed markings that indicated a match to weapons used in previous crimes, but he declined to elaborate.

A party, then gunfire

Witnesses have said that the section of Beatties Ford Road where the shooting happened had been the site of an extended party that began with a Juneteenth celebration on Friday.

As the weekend progressed into Sunday night, the police have said, a few people began drag racing along Beatties Ford Road. Other drivers began to spin out their cars and perform doughnut maneuvers.

At some point around 12:30 a.m. on Monday, paramedics and the police were called after a woman was struck by a car that failed to stop. According to video footage posted on social media, the shooting began as an ambulance was arriving to assist the woman.

The gunfire lasted for several seconds. At least five people were struck by cars as they scrambled to escape the hail of bullets. The police said on Wednesday that one of the people struck by a bullet remained in critical but stable condition.

Asked whether CMPD should have moved in to break up the celebration when cars began racing, Smith said officers were nearby, preparing to block off the street, when the shooting began.

“Would that have prevented it? I don’t know,” he said.

“I don’t know if anyone could have known this was going to happen,” he added. “Juneteenth has never risen to this level of celebration in this country’s history, never. No one could have anticipated that the Juneteenth celebration would have happened not only on Friday [but] Saturday and Sunday.

Organizers of the Friday event said their celebration had ended long before the shooting started.

Rob Tufano, who heads CMPD’s public information office, said families have been devastated by the shootings.

He recalled speaking to the mother of Christopher Gleaton, who was killed by a bullet, and described the meeting as “probably one of the most heartbreaking conversations I ever had.”

“…Eldest son, 28 years old, this guy, landscaper, father, local wrestler, just a good, good guy out there celebrating with hundreds of other people out there,” Tufano said. “This woman is just beside herself.”

Tufano said Gleaton’s family cannot afford the cost of a funeral and burial, and he said that homicide detectives are putting everything they have into developing leads that they hope will lead to arrests.

“The community should rest assured that this is a front-burner case,” he said. “It’s going to remain on the front burner for good reason.”

Anyone with information about the Beatties Ford Road shooting is asked to contact Crime Stoppers at 704-334-1600 or charlottecrimestoppers.com. Tips may be left anonymously. A $5,000 reward is available for information that leads to an arrest.

One thought on “On Beatties Ford Road, shooters used handguns and assault-style rifles”