In a series of tweets Tuesday, the Charlotte mayor said she has asked Gov. Roy Cooper to implement just such a requirement. 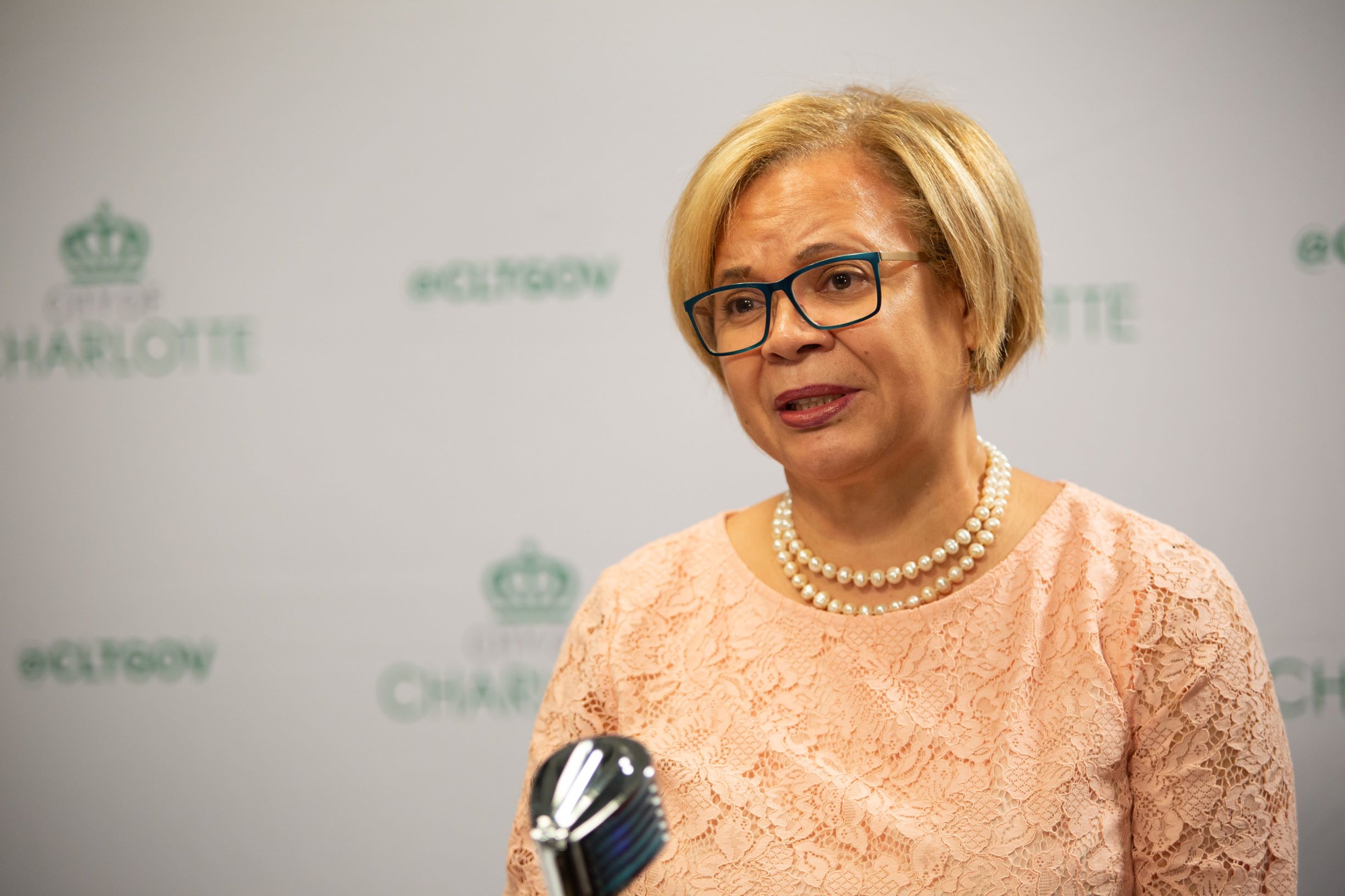 In a series of tweets Tuesday, Lyles said she has asked Gov. Roy Cooper to implement just such a requirement.

“I support this for all of our citizens because it provides additional meaningful steps to help combat the spread of Covid-19,” she said. “Protecting the public health of our residents is a must do for those of us in positions to make this happen.”

The mayor posted her tweets roughly 24 hours before Cooper was scheduled to announce whether the state would be allowed to enter Phase Three of his plan for reopening the economy. The governor has scheduled a 3 p.m. news conference to announce his decision.

Why it matters: Despite statewide efforts to control the spread of Covid-19, which is caused by the coronavirus, North Carolina has seen a rise in three key indicators — the number of cases, hospitalizations and the percentage of laboratory tests that  come back positive. The governor had said that he would be watching those numbers as he decides on whether to further relax businesses restrictions that have hurt the state’s economy and caused a spike in unemployment.

But on Monday, Department of Health and Human Services Secretary Mandy Cohen said those metrics “are moving in the wrong direction.”

As of noon Tuesday, state health officials had counted 54,453 total cases of Covid-19 since the pandemic first was confirmed in North Carolina in early March. During that time, at least 1,251 people in the state have died from Covid-19.

The state’s data shows that North Carolina’s population centers continue to be hardest hit by the pandemic.

In Mecklenburg County, the health officials had confirmed at least 9,086 cases of Covid-19, along with at least 138 confirmed deaths.

Meanwhile, Republican lawmakers have passed bills in the statehouse to allow more businesses to reopen. A separate bill would require Cooper to get approval from the Council of State before issuing emergency decrees.

Mask or no mask?

As the controversy swirls, the issue of wearing a protective face covering has become a political touchpoint, not just in North Carolina but across the nation.

As of Wednesday morning, the mayor’s tweets had drawn more than 300 comments, with some respondents firmly opposed to the idea of a government mandate requiring face coverings.

“I will never wear a mask,” declared one respondent.

Still others penned their support for Lyles’ suggestion.

Said one such supporter: “I really appreciate this initiative, Mayor! I am in the vulnerable category and I would really like to get outside of my house instead of worrying about running into people who don’t know they have the virus and are unmasked.”