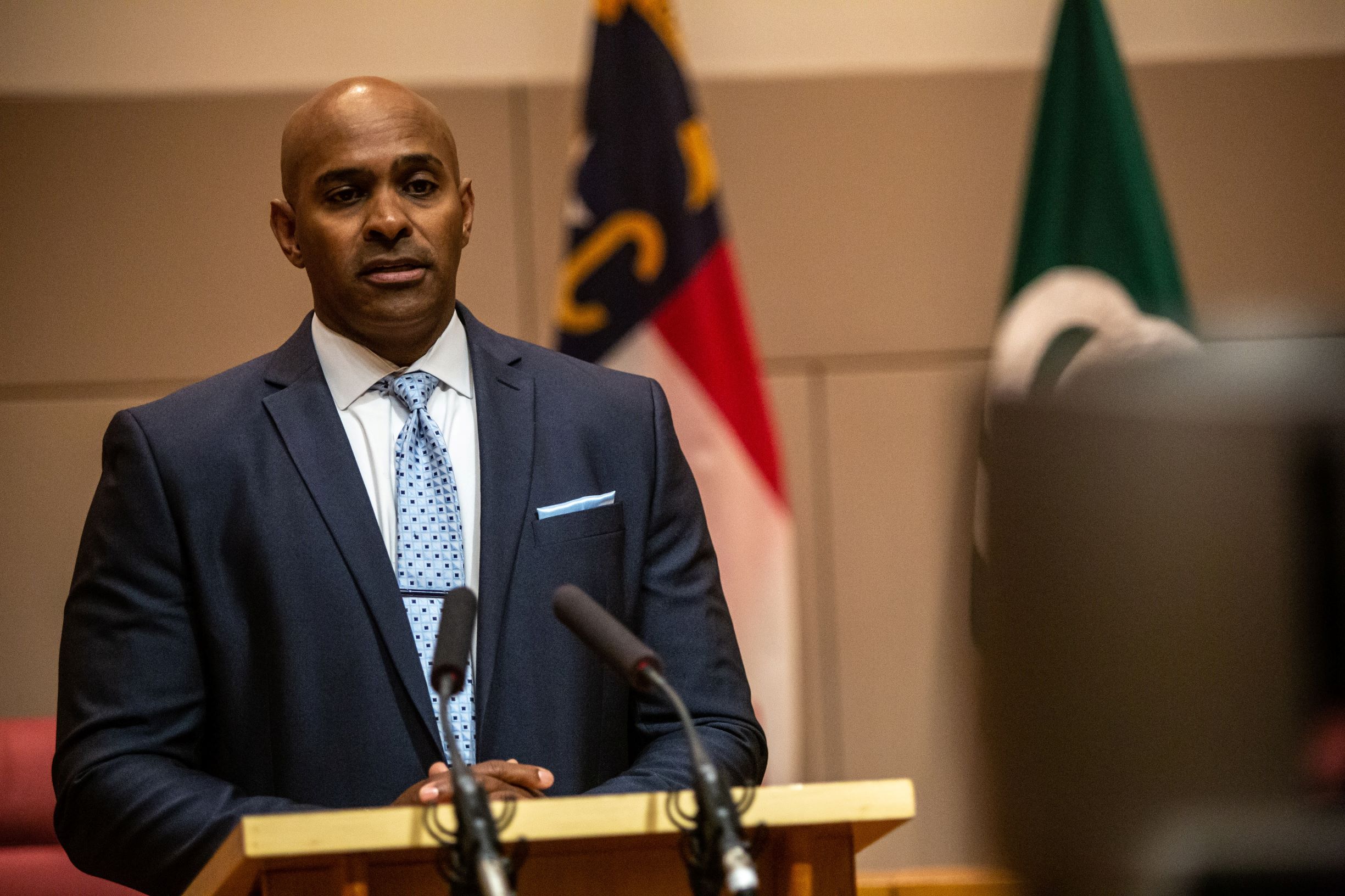 Putney was scheduled to retire following the Republican National Convention in late August, but he’s stepping down early since the majority of convention events have relocated to Jacksonville, Florida. Last month, it was announced that Deputy Chief Johnny Jennings will succeed Putney as police chief.

“It is time,” Putney said during Monday’s teleconference. “I really appreciate the CMPD family, what we were able to do together. I just want you to re-double the efforts you do with our young people.”

Initially, Putney planned to retire on Jan. 1, 2020, and return two months later in an interim capacity to lead the department through the city’s hosting of the GOP convention. However, State Treasurer Dale Folwell alerted the chief that his plan would violate state retirement laws.

Putney made it clear during Monday’s broadcast that the timing of the announcement was unrelated to the fatal shootings and hit-and-run incidents during a block party along Beatties Ford Road corridor in northwest Charlotte.

“Let’s not forget you already have a chief that is ready to be sworn in and tackle any challenges that come his way,” he said with incoming Chief Johnny Jennings standing nearby. “I had committed to getting through a few things that I am tying up right now, the RNC is not coming in the capacity that we thought, and to be quite honest, I control my own destiny and that’s what I’m doing right now.”

The 28-year CMPD veteran was promoted to police chief in 2015, becoming the department’s second Black chief. He said once he retires, he plans to focus much of his time with the department’s Envision Youth Academy summer program to help build trust between minorities and the police.

“That’s one of the passions I’m going to continue, and I will have more time to do so. I think you employ kids for the summer, you stay in their lives, they get to see you in a different way, and you continue that mentorship throughout the school year.”

Putney also plans to do some consulting. He stated multiple times that he’ll be a vocal, opinionated private citizen once he retires.