Police say shooters fired at least 100 rounds into a crowd early Monday in northwest Charlotte that claimed three lives and injured 11 others. 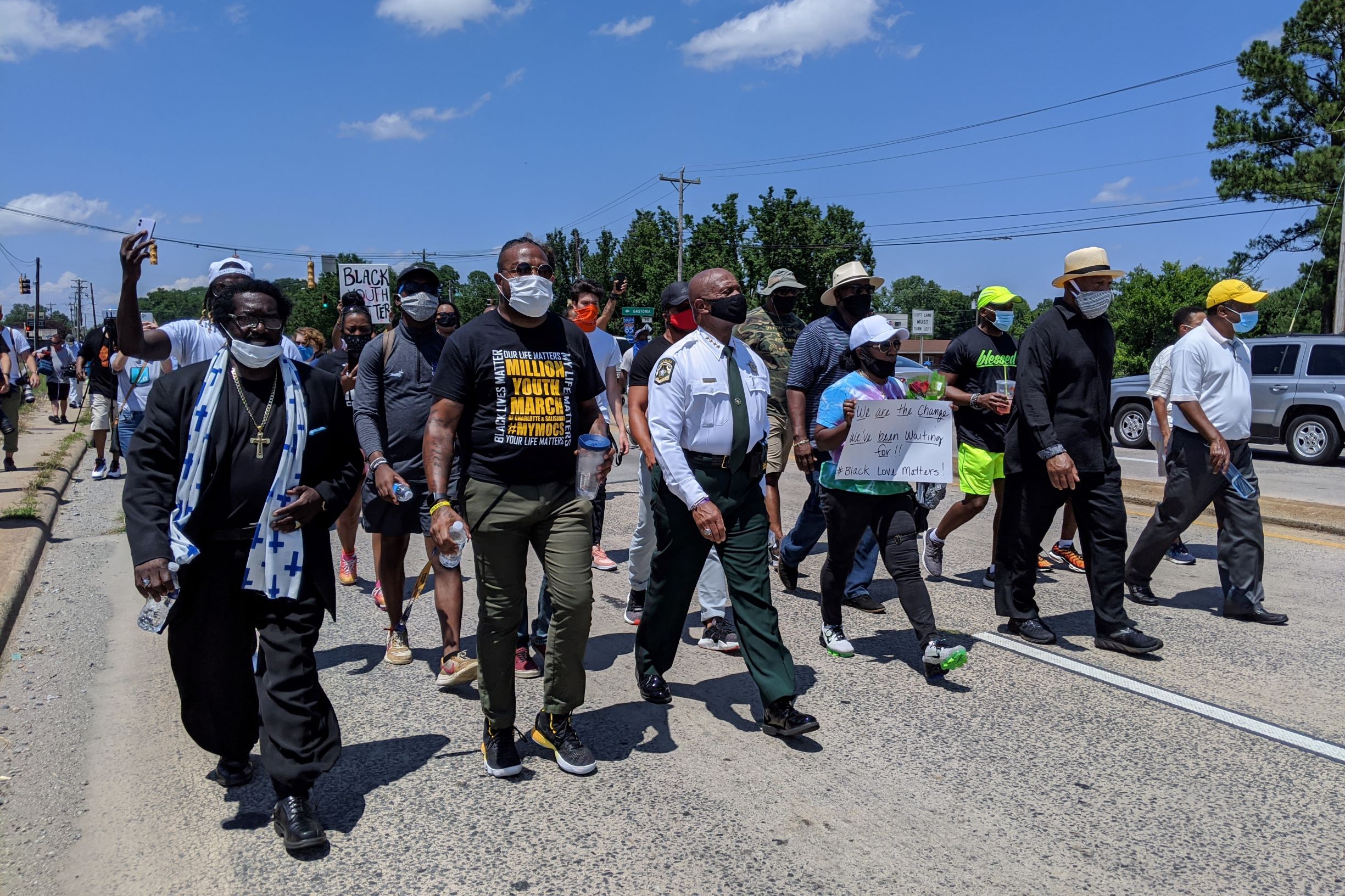 Million Youth March of Charlotte & Salisbury organized a silent march Monday on Beatties Ford Road in response to a shooting that resulted in three deaths and 11 injuries. Photo: QCity Metro

A group of nearly 50 people marched in silence down Beatties Ford Road on Monday afternoon to remember three people killed and 11 others injured during a block party early Monday morning.

Million Youth March of Charlotte and Salisbury organized the event that began at Friendship Missionary Baptist Church and paused about a mile away at Catherine Simmons Avenue, where chaos ensued hours before.

Charlotte-Mecklenburg police identified 29-year-old Kelly Miller, 28-year-old Christopher Antonio Gleaton, and 39-year-old Jamaa Keon Cassell as victims fatally wounded after multiple shooters fired at least 100 rounds, Deputy Chief Gerald Smith told reporters Monday, into a crowd during an unsanctioned event attended by as many as 400 people. Police said five of the injured victims were struck by cars while trying to flee the chaos.

“He loved his family and would do anything for them,” said Raley, who attended the rally with his son. He said his son had been asking to go to a rally, but he didn’t think it would be one in memory of his cousin.

Kass Ottley, a community activist and founder of Seeking Justice Charlotte, laid flowers near a tree at the Beatties Ford-Catherine Simmons intersection while others wrote chalk messages like “Put the guns down” and “You are loved” on the sidewalks.

Across the street, the silent marchers connected with another group of residents paying their respects to the victims, almost doubling the size of the group. There, Project B.O.L.T. co-founder Gemini Boyd spoke passionately about avoiding the Black-on-Black crime narrative and associating the tragedy with Friday’s Juneteenth events — peaceful gatherings celebrating the end of slavery in the U.S.

“Don’t let nobody take this movement from you because this is Black lives matter,” he shouted, referring to weeks of largely peaceful protests. “We know what’s best for this community. We just have to come together to figure out how to make it happen.”

According to Dep. Chief Smith, investigators have yet to identify a motive or suspects for the shooting. Detectives are urging witnesses to come forward with any information.

This Story is Tagged: protests