According to the police, at least 100 rounds were fired into a crowd of around 400 people. 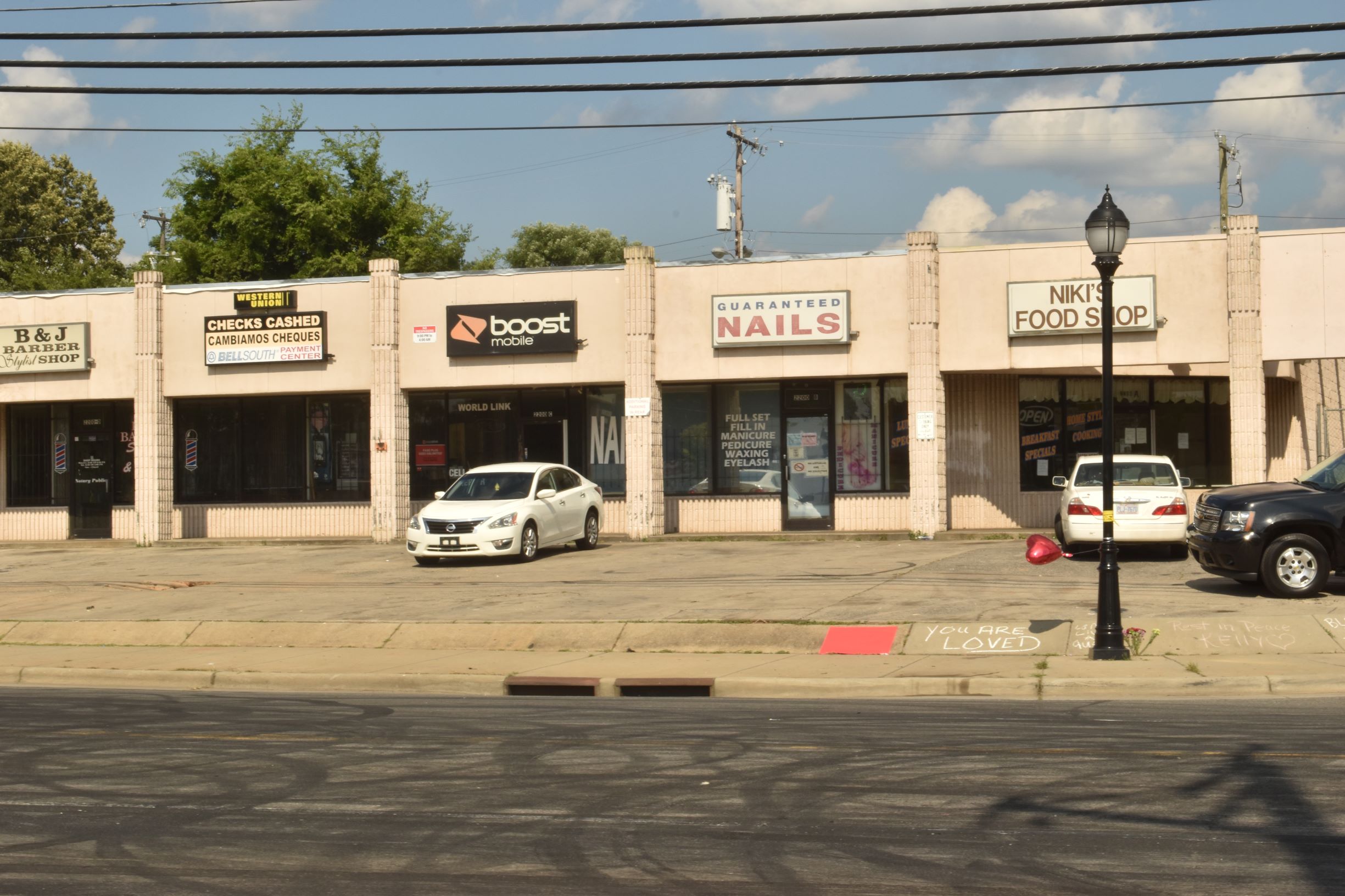 The scene late Monday where three people were killed and 11 injured after gunshots rang out shortly after 12:30 a.m. at a block party along Beatties Ford Road. Street racing and drivers “doing donuts in the road” had been part of “a happy, peaceful celebration” before the shooting started, witnesses told WBTV. (Qcity Metro photo)

Updated 5:15 p.m. Three people were killed and 11 others were injured Monday when a block party on Beatties Ford Road turned violent, with several people shooting into a crowd that had gathered.

At a news conference Monday, investigators said that as many as 400 people were attending the celebration at the time, and at least 100 rounds were fired into the crowd, The Charlotte Observer reports. No CMPD officers fired their weapons, officials said.

According to Charlotte-Mecklenburg police, five of the injured victims were struck by cars while trying to flee the chaos.

Charlotte Mayor Vi Lyles lamented the killings, saying in a series of tweets, “While I do feel that we have made progress on violent crime, we still have more work to do. This type of tragedy cannot continue to happen in our city.”

“I ask anyone with information about this to please come forward and ask everyone to find peaceful ways to settle disputes,” she said. “Violence only leads to more suffering and pain. To those families who lost loved ones this morning, I am grieving with you. And to all of those with injuries, I hope you recover quickly.”

Charlotte City Councilman Malcolm Graham, who represents the district where the shooting happened, told WSOC anchor Brittney Johnson he was saddened by the incident. “Last night certainly won’t define who we are, but certainly it is giving cause for concern about how we conduct ourselves,” Graham said.

CMPD said the shooting began at 12:30 a.m. near the intersection of Beatties Ford Road and Lasalle Street. The police had gone there in response to reports of a pedestrian who had been struck by a car.

Shortly after officers arrived, the investigating officers heard gunshots in the immediate area. A short time later, they found a woman with a gunshot wound lying in the roadway on Beatties Ford Road. Paramedics pronounced her dead at the scene.

Eight other victims were struck by gunfire. One was taken to a hospital and died a short time later. A third victim died Monday afternoon.

“Preliminary information gathered during the investigation indicates that several shooters discharged dozens of shots into the crowd who had been gathered in the area,” CMPD said in a statement.

None of the victims who were struck by cars – including the initial pedestrian – sustained life-threatening injuries, according to CMPD.

One thought on “3 dead, 11 injured after shooting erupts at block party in northwest Charlotte”