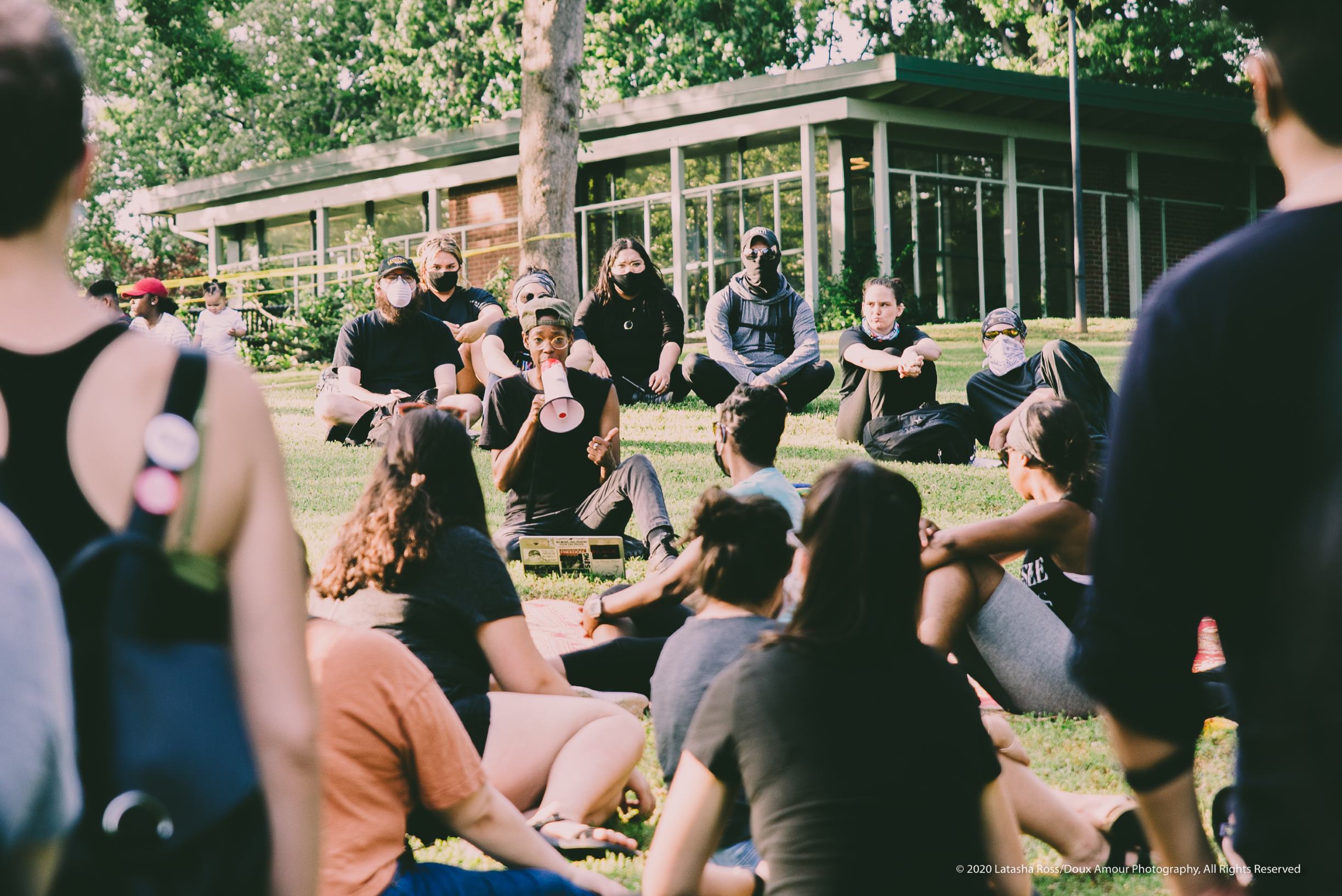 As the Queen City approaches its fourth week of protests sparked by the slayings of George Floyd in Minneapolis and Louisville’s Breonna Taylor, street demonstrations are multiplying. Sunday alone, there was a Black Mama’s March in Dilworth; a peace ride by Trailbred Riderz, a group of Black horse riders; and Charlotte Buffalo Soldiers, an international motorcycle group, rode through Uptown.

Activist organizations are increasingly collaborating around the goal of educating the general public. This push for education not only increases civic engagement in the moment but also shows how a movement can be sustained long-term.

Jasmine Hines says the education piece is crucial for context in the historical and current environment of injustice. To her, training people on ways to challenge it, both personally and publicly, is the only logical step.

“We know that this country’s educational system doesn’t educate people about all of American history. It’s set up to create blinders around the elements Black people have contributed to culture,” Hines said. “We have to give the gift of instilling self-esteem in the youth, empowering them so the movement has sustainability and grows in infinite ways. Our youth are on fire. They have questions, and are suffering too.”

Hines is the Charlotte chapter president of SisterCARE Alliance, which promotes self-care as a form of social justice. It’s based on airplane emergency theory: Just as you would put on your oxygen mask before taking care of someone else, SisterCARE Alliance says one’s own traumas and needs must be addressed before they can address others.

The national organization facilitated a virtual social-justice training on June 7 attended by 140 people nationwide. Half of them were Black girls, aged 11-18, who participated in a special breakout session. The young women explored the different roles available in activism, such as organizer, activist, protester or promoter and possibilities for moving between them.

Anana Harris Parris, the Alliance’s founder and national director, says there are options for participating and not just being a grunt cog in the process. She explained that the goal is to get the girls to speak up for themselves, look strategically at how they’re receiving information and find the spot where they’re fulfilling their purpose.

“I’ve been part of the planning for a lot of protests, and there were so many young Black girls I didn’t want to see fall into a mule role,” Harris Parris said. “They were filling needs of the minute [such as] taking notes or maintaining the agenda, tasks where women are typically put instead of a real assessment of critical needs like what the marchers or she needs to be safe.”

The next Social Justice School for Black Girls session is June 28. An adult session will also be offered. Register at SisterCAREAlliance.org.

The People’s University recently hosted about 400 participants running the gamut of age, race and sexual identities.

Williams, an Uprising founder and an actions training and development coordinator at Greenpeace, said the feedback was overwhelmingly positive.

“When people get this training, they show up ready to yield to Black trans leadership and more willing to listen to each other. And not just leadership that has been organizing for a while, but new people on the scene,” said Williams, who uses they/them pronouns.

Charlotte Uprising partnered with Goodyear Arts earlier this week for a special People’s University session focused on activism in the arts, in which Williams facilitated the training.

The gallery has had a relationship with Williams since 2015 when they was in residence with the Triptych Collective dance troupe. That didn’t stop Williams from once protesting with a sign that read “Decolonize Camp Northend.”

“I didn’t feel good about Goodyear moving into that neighborhood. I passed by there and within a year it looked completely different. This is nothing new or profound. Brooklyn knows, LA knows. In these progressive cities art has driven gentrification,” Willams said.

Amy Herman, co-director of Goodyear Arts, believes there’s a need for people in every field to understand how to use what they’re good at to actively fight racism.

She said, “There is the idea that all art is activism, but what is it being active for?”

Another People’s University session on June 19 at Freedom Park will cover what to do if you’re arrested, street medic trauma and trigger response, jail support and alternatives to calling police. The organization has been vocal about abolishing police departments in favor of restorative justice. Click here to learn more about the event.