People are willing to talk about race with more empathy and nuance than I ever thought possible. Still, I’m wrestling with questions. 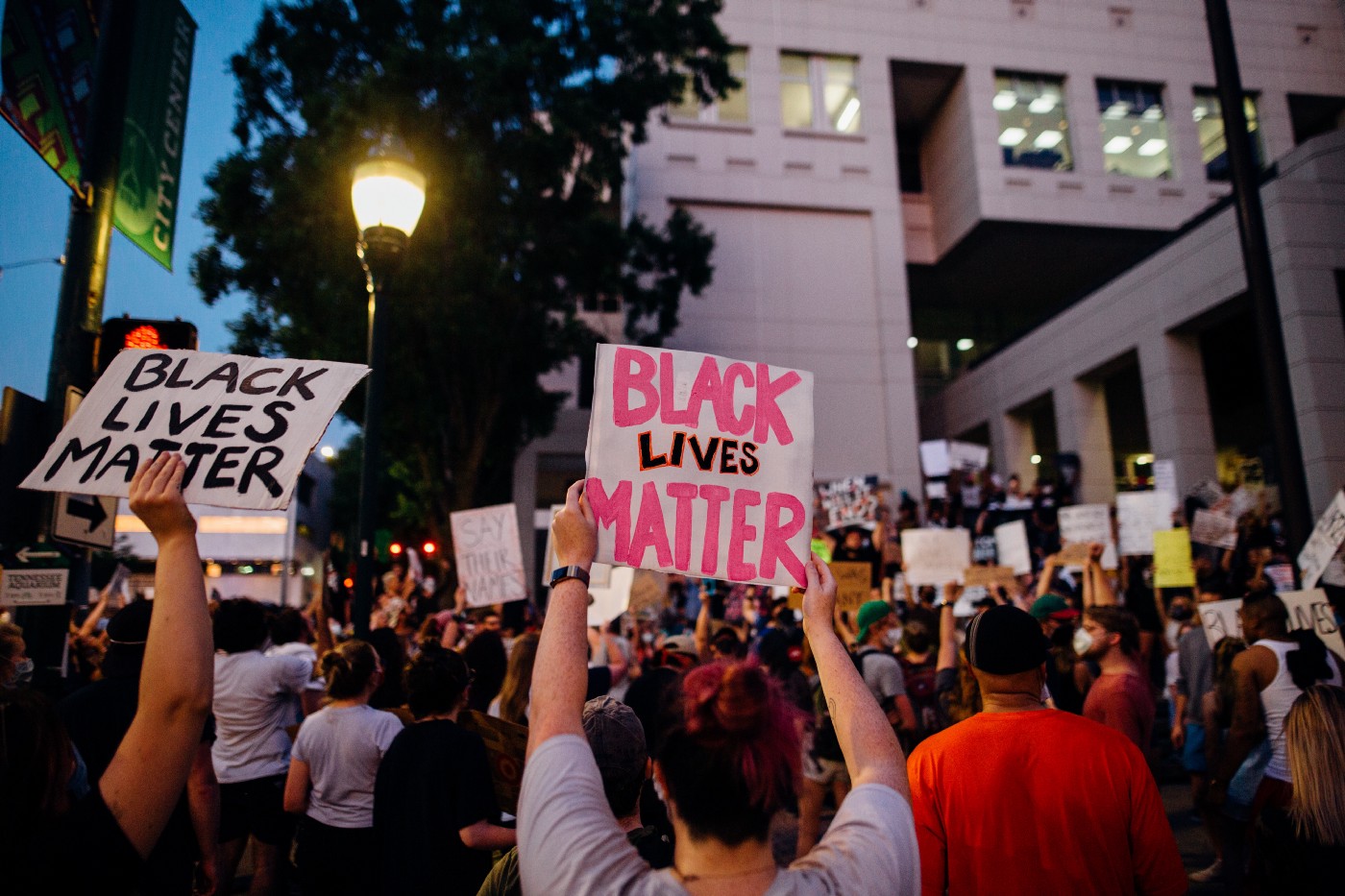 From your loudest social media activist to your newly woke corporation, suddenly, everyone wants to be pro-Black. And I’m here for it.

Call me paranoid, but it’s really weird to be this popular.

I’m not talking about ‘appropriation popular,’ where white people emulate Black fashion, music and swag but eschew Black pain, struggle and distress. I mean popular to the point that there’s a motherlode of interest about the Black experience in America, and people are more motivated than ever to dismantle the systems and institutions that have oppressed the melanated for centuries.

That’s … different. I get it, though.

For millions of us, watching George Floyd breathe his last breath on camera as a ruthless white cop pressed a knee into his neck was traumatic.

It jolted the nation, and then the world. It rattled white people so violently, their eyes finally opened to the harsh reality that Black people had talked, sung, wailed and preached about since our ancestors were stolen, shipped, dehumanized and treated like property. Now, there seems to be widespread understanding that, “Hmm, this systemic racism thing is real.” (Also, water is wet.)

Meanwhile, Black people were collectively accosted by another wave of weariness so devastating that many of us felt paralyzed. That came as demands for justice rightfully echoed across major cities worldwide, galvanizing entire communities in a series of rousing protests and riots that have seemingly begun turning the stubborn wheels of change. Critical conversations have been had. Messages of support and solidarity have been shared. Brands have rushed to release their Black Lives Matter statements, and entire city streets are emblazoned with that affirming declaration.

I’m applauding. I’m happy to see white allies join the front lines at protests. I cheer for white friends and colleagues who challenge racist rhetoric spewed by their own friends and families. And I’m pleased when white people ask what else they can do to make a difference.

Don’t get me wrong: I don’t want to look a gift horse in the mouth. We seem to be entering a new era of racial understanding, if not progress. People are willing to talk about race with more empathy and nuance than I ever thought possible.

Did most white people simply not believe us? Were they really that oblivious? Did they think we were playing the race card?

Was our pain not worth their attention?

I’ve chided myself for bemoaning what could’ve been: “We’re here now, Jonathan,” I tell myself. “Just be glad about that.”

And I am. There’s nothing wrong with forging ahead, but there’s also value in acknowledging the blemishes of the past — your past — so you grow instead of just react to a new set of circumstances.

The news cycle will change. Another story will break. National outrage will cool. And I’ll still wear Black skin. Will we keep this same energy?

Time will tell. Perhaps I should stop focusing so much on what didn’t happen and focus on what is happening. But I’ll be honest: It’s hard for me.

Black people have talked about their experiences for a long time. If you grew up in an insulated bubble of whiteness, I can understand why systemic racism wasn’t dinner table conversation. If it doesn’t affect you directly, why talk about it?

And yet, a poignant passage of Scripture comes to mind. In Romans 1:20, the Apostle Paul writes that, although you can’t see God with the naked eye, you can see the result of God in creation. Because God’s attributes can be observed, he writes, “people are without excuse.”

I’m glad new white allies have reached an epiphany. (To the white allies who have been in the fight, I see you. I appreciate you. Thank you.) And I’m not devoid of grace.

My best friend, Herbert, helped me look past my frustration. We’re both devout Christians, so he used the Bible to make a point.

“It’s like planting a seed,” he told me, referring to a common Christian colloquialism for spreading the gospel. “Sometimes, it takes that seed years and years and years to grow. But, it’s the Holy Spirit that causes it to grow when it’s supposed to.”

I let that sink in. He’s right. This was all supposed to happen now. I can accept that, with one exception.

I’m torn. I believe we’ll see some kind of lasting change on the other side of this. I’m also concerned this torrent of Black love is a reactionary trend that could fizzle with time.

Maybe I’m too cynical. Maybe, like my friend Candace and I recently discussed, I’m so accustomed to Black people being mistreated and misunderstood that anything else feels odd, even scary.

I’m still working through the feelings. But I’m human and flawed and angry. So, pray for me. That’s all I’ve got right now.

Editor’s note: This article was republished with author’s permission. Read the full version on Medium.

Jonathan McFadden is a senior content strategist for a Charlotte financial services company. A former newspaper reporter, he manages his own brand storytelling and content writing business, Jon Writes.