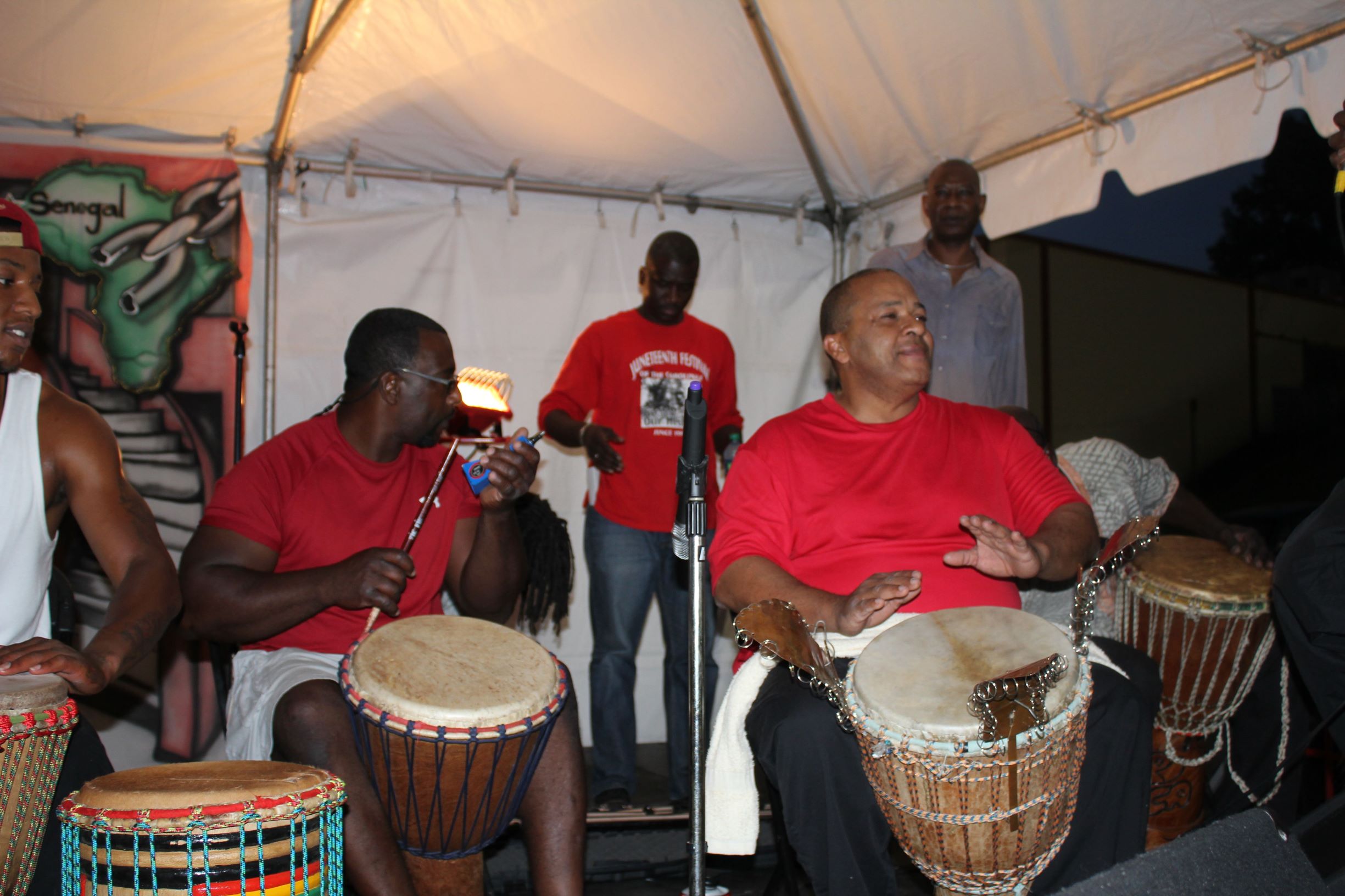 Drum circles are a staple event at the Juneteenth Festival of the Carolinas. Photo: House of Africa

Americans have been forced to take a long look, with the world watching, at the jarring effects of systemic racism and police violence against members of the Black community. As the nation’s unresolved issues with racial injustice play out on a national stage, Charlotte-area Juneteenth celebrations provide history and culture representing people who have long fought for equality.

June 19, known as Juneteenth or Black Independence Day, memorializes the end of slavery in America. On that day in 1865, enslaved Africans in Galveston, Texas, received word from Maj. Gen. Gordon Granger that the Civil War ended and that they were free – more than two years after the Emancipation Proclamation had freed their counterparts around the country. Although Juneteenth is not a federal holiday, most states and the District of Columbia have passed legislation recognizing it as a holiday or observance.

Pape Ndiaye recognized the void in Juneteenth commemorations when he first arrived in Charlotte over two decades ago from Senegal, West Africa. He created the Juneteenth Festival of the Carolinas, now in its 24th year, to honor the culture and traditions of the African people who arrived on America’s shores over 400 years ago.

“Our aim is not to recreate the past but to share in the spirit of freedom and togetherness. We are using Juneteenth as a tool to educate the public about the rich culture of Africa and the powerful heritage it represents,” said Ndiaye, president of the Charlotte festival and founder of the African culture institution, House of Africa.

“Knowledge, deeply rooted in culture and heritage is power. We need to teach children now so their future can be better.”

Normally, the four-day event runs from Thursday to Sunday and spreads across several blocks in Charlotte’s Plaza Midwood neighborhood, attracting approximately 10,000 people each year. But an uptick in confirmed Covid-19 cases in North Carolina forced organizers to rework their plans for this year’s June 19 -21 celebration.

To adhere to social distancing guidelines, the festival will be held in front of House of Africa located at 1215 Thomas Ave. The opening ceremony kicks off Friday at 3 p.m. with presentations about the history of Juneteenth followed by an interactive drum circle in which the public is invited to bring their drums and play along.

Surrounding streets will remain open, unlike years past, keeping festival performances as drop-in events near House of Africa throughout the weekend. Additionally, the annual children’s day camp has been postponed.

According to Ndiaye, “This is not how we usually do Juneteenth, but we still wanted to host in-person festivities to keep the spirit of Juneteenth alive on Thomas Avenue, where it started 24 years ago. We’ve shifted to a drop-in format until the coronavirus is over. Then, we will do it the way we usually do.”

Ndiaye says unity and togetherness is the key.

“It’s what we believe in. Juneteenth is not just an African-American holiday, but a piece of American history,” he said.

Across the state line, the city of Rock Hill has recognized Juneteenth since the late 1990s. For the past five years, organizers of Juneteenth Rock Hill hosted a two-day festival on the grounds of the old Friendship College and Mt. Prospect Baptist Church. Activities included a Food Truck Friday event and Freedom Fest, where attendees enjoyed historical presentations and cultural performances.

Nathaniel Frederick, board member and treasurer of Juneteenth Rock Hill Inc., says the holiday remains important because people still need to grapple with the history of slavery in the U.S.

“In many ways, it represents delayed freedom and justice for many African Americans, and we still see this today,” he said. “It’s one of the reasons why we see protests today – the absence of justice or delayed justice.”

Due to concerns surrounding the spread of Covid-19, the Rock Hill celebration has scaled down to a one-hour virtual event beginning at 7 p.m. on June 19. The lineup includes livestreamed acts such as poet and spoken-word artist Angelo Geter, hip hop artist and community activist Morris Jermaine Gordon, VisionsGotTalent dance troupe, vocalist Ke’Andra Davis and more. A portion of the event proceeds will go to local organizations, The Manna House and HOPE Rock Hill, to assist communities affected by food insecurity during the pandemic.

For more information about the Rock Hill event, visit juneteenthrockhill.com.