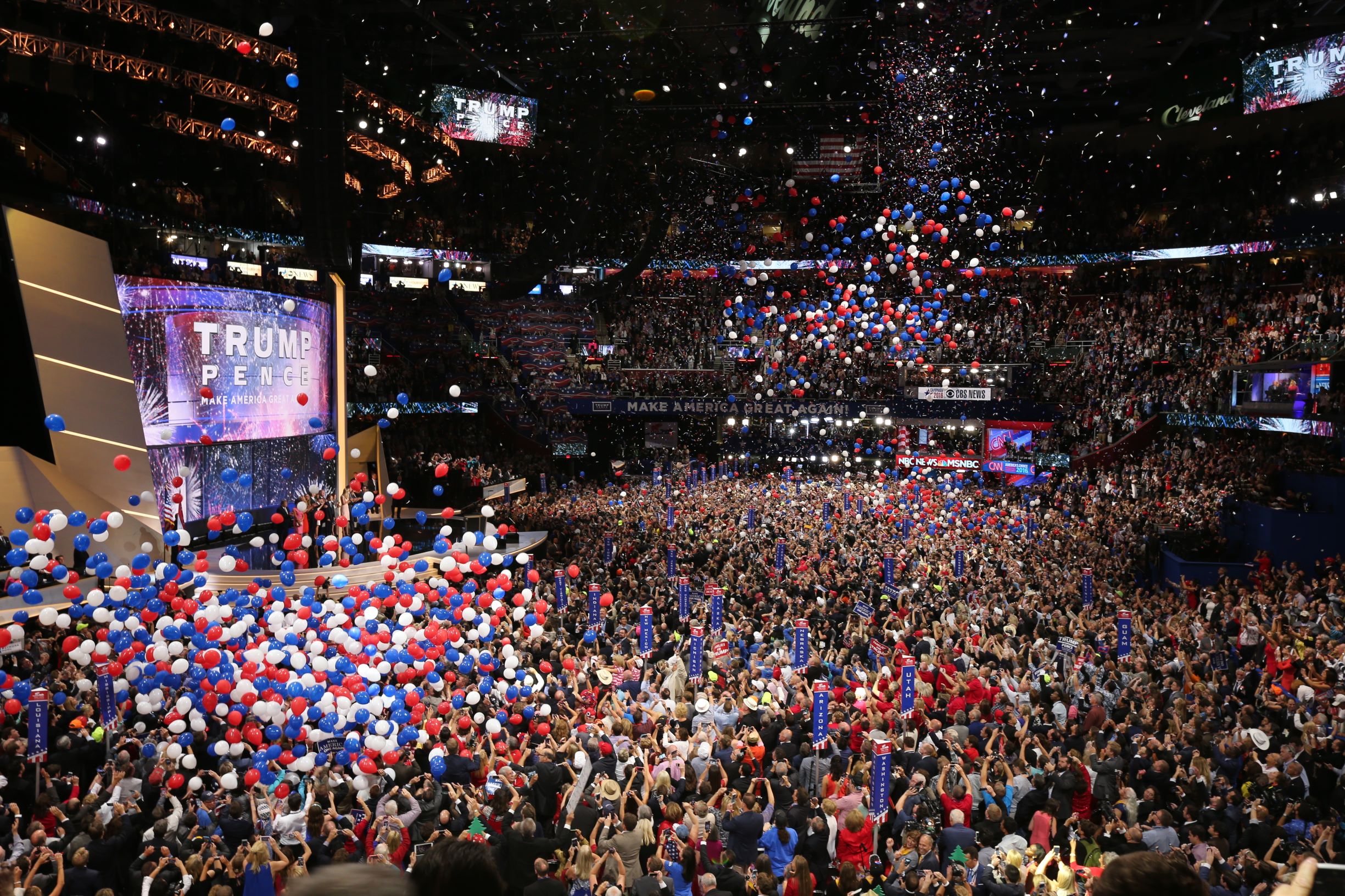 When Republican National Committee Chairwoman Ronna McDaniel announced late Thursday that President Donald Trump would deliver his renomination speech in Jacksonville, she appeared careful not to call the event a “convention.”

Rather, the RNC has dubbed the Florida gathering a “celebration.” The RNC’s executive committee “voted unanimously to allow the official business of the national convention to continue in Charlotte,” the press release pointed out.

Why it matters: By retaining a one-day business meeting in Charlotte, the RNC may be looking to shield itself against a potential lawsuit alleging breach of contract with the city of Charlotte, which was expecting a four-day convention to bring about 50,000 people (and millions of tourism dollars) to uptown hotels and businesses.

Instead, an estimated 336 delegates will now conduct the convention’s official business in Charlotte on Monday, Aug. 24.

Even before the RNC made it official, the city of Charlotte released a statement on Wednesday that spoke of the RNC’s “unilateral decision to relocate a substantial portion of the convention to Jacksonville.” It also spoke of “contractual obligations and remedies resulting from this apparent decision.”

In its statement Thursday, the RNC noted the importance of Florida’s 29 electoral votes — more than 10% of the 270 needed to win the election.

“Not only does Florida hold a special place in President Trump’s heart as his home state, but it is crucial in the path to victory in 2020,” McDaniel said. “We look forward to bringing this great celebration and economic boon to the Sunshine State in just a few short months.”

The RNC voted to move its celebratory events to Jacksonville after North Carolina Gov. Roy Cooper said that, because of the coronavirus and Covid-19, he could not guarantee a full-scale convention at Charlotte’s Spectrum Center. Trump had demanded a convention with no social distancing and no face coverings.

The bottom line: Both Florida and North Carolina have each seen a spike in Covid-19 cases. Florida’s Department of Health on Thursday confirmed 1,698 additional cases of Covid-19, the highest reported in a single day since the pandemic began, according to the Miami Herald.