Joshua Galloway has been documenting Charlotte's latest social justice protests. When his camera stopped working, the community pitched in. 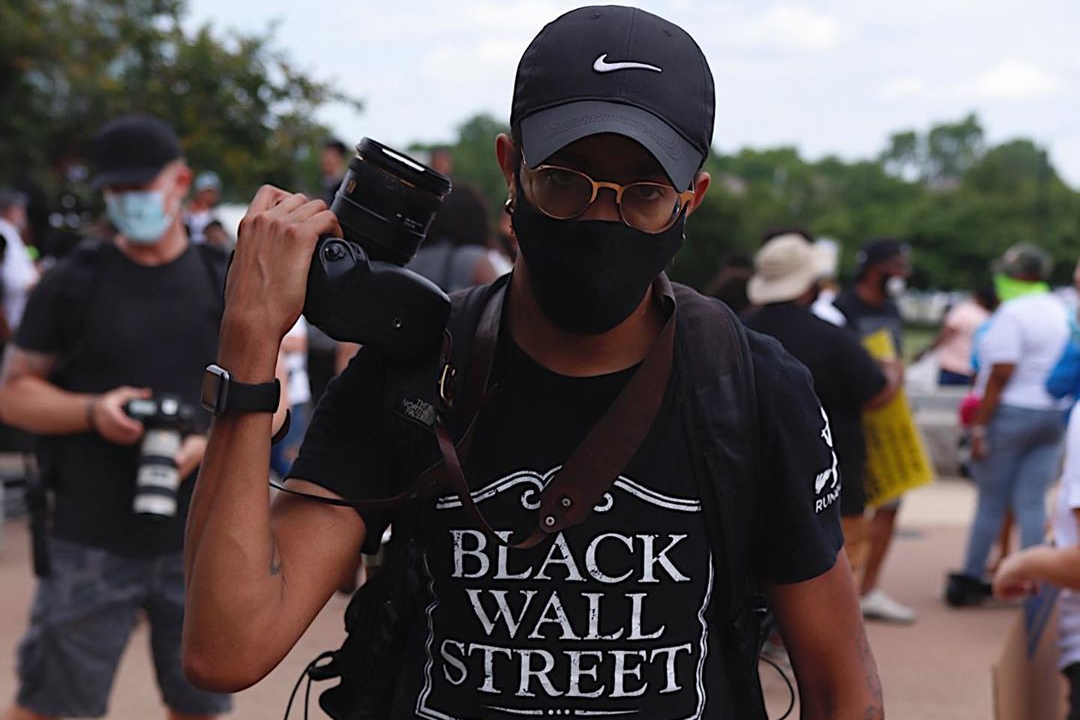 A local photographer is emotional after receiving more than $5,000 in donations to replace his camera that was damaged while capturing images of Charlotte’s Black Lives Matter protests.

Whether you’re a member of Charlotte’s creative community or a social butterfly at local signature events, chances are you’ve run into freelance lifestyle photographer Joshua Galloway. The slender sharpshooter with an affinity for skinny pants and fashionable hats can be seen around the Queen City capturing the money shot from behind his camera lens.

These days, he sports attire referencing movements like Black Wall Street or #RunWithMaud to show his support. Since recent protests began — following the death of George Floyd who died while in police custody in Minneapolis, Minnesota — Galloway has been capturing images from the demonstrations.

He shared his work through his own platforms and with local media outlets, including QCity Metro, until Monday when his digital single-lens reflex (DSLR) camera stopped working completely.

“…my camera is literally a direct lifeline of me,” Galloway wrote on a GoFundMe page he created Monday. “Photography is how I make a living, and the thought of not being able to photograph has me at a loss for words. I don’t have a credit card to get another or enough money saved up to replace my now broken equipment.”

“I’ve been in tears all morning because folks showed up,” he told QCity Metro. “The thing I’ve been loving is that people have been saying ‘you have to keep documenting the history.’”

With the additional funds, Galloway said he will upgrade his equipment for the first time, which will put him in the position to take on better gigs.

Check out the links below to view some of the coverage Galloway has provided QCity Metro during the protests.