The policy, he said, would require Mecklenburg’s deputy sheriffs to act if they see another deputy committing an unlawful act. 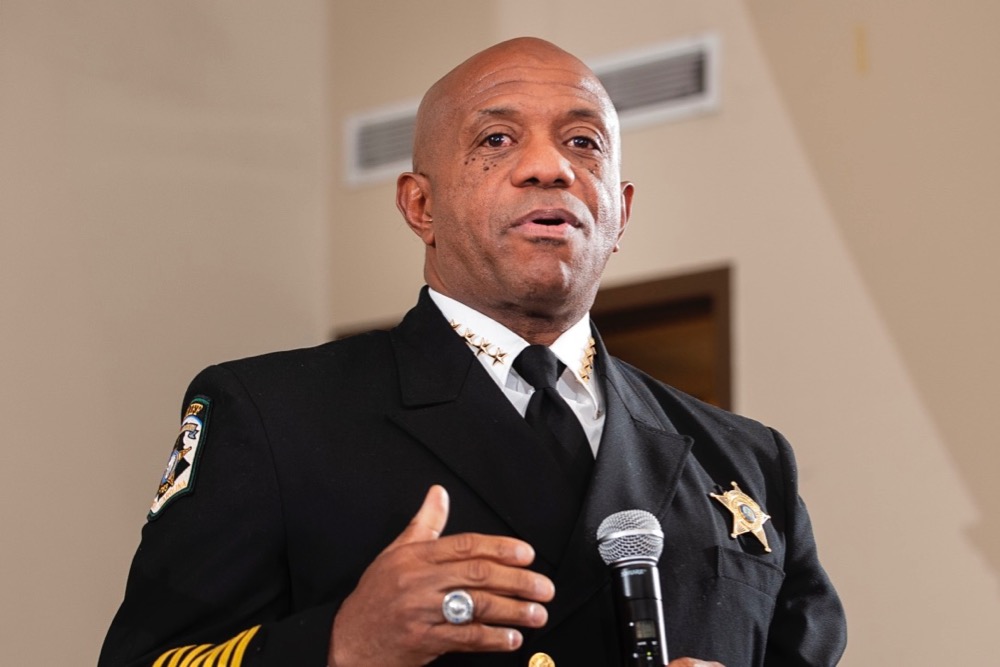 Sheriff Garry McFadden said his office is drafting a “duty to intervene” policy that would require Mecklenburg’s deputy sheriffs to act if they see another deputy committing an unlawful act.

McFadden made the announcement Wednesday during the Harvey B. Gantt Center’s “Unmasked” series, a community conversation that is live streamed each week on YouTube.

In Minneapolis, prosecutors on Wednesday filed charges against three former police officers who failed to intervene when a fourth officer, Derek Chauvin, pressed his knee onto the neck of George Floyd for nearly nine minutes, causing Floyd to die from suffocation. The three officers were charged with aiding and abetting.

“In my policy, you’d better intervene,” McFadden said, “and if you don’t, you’re going to have another job and not work for me.”

McFadden said he had been reviewing the proposed policy for two days and anticipated making an announcement next week.

“You can hold me accountable for that,” he said. “That’s the actual policy that I’m going to have.”

News of the proposed policy came as protests and acts of civil unrest continued to roil major cities from Los Angeles to New York. The protesters are demanding an end to police brutality, often carried out against unarmed Black males.

Floyd, a 46-year-old black man, died at the hands of a white police officer, who is now facing a string of criminal charges, including second-degree murder.

A call to ban tear gas

Meanwhile, U.S. Rep. Alma Adams, who represents North Carolina’s 12th congressional district in Charlotte, released a statement Wednesday calling on the Charlotte-Mecklenburg Police Department (CMPD) to “immediately and permanently end the use of tear gas.” She repeated that message during the Gantt Center’s forum.

CMPD was criticized Wednesday after a video surfaced showing officers firing chemicals to disperse a group of protestors in uptown Charlotte. The city’s mayor, Vi Lyles, said the State Bureau of Investigation is looking into the incident.

In the wake of the ongoing protests, Adams said U.S. cities must move to “demilitarize” their police forces.

“That’s a military tactic that we don’t need to see not only on the streets of Charlotte but streets in America,” she said.

Adams said members of the Congressional Black Caucus were drafting a range of bills that would address policing tactics in the United States. One bill, she said, would establish a national database to track police abuses. Others would strengthen civil rights laws. She also called for a nationwide ban on the use of police choke holds.

“The conscience of America has been stoked and attention is now being paid to things that people never thought about,” Adams said.

When asked about likelihood that such a legislative package could pass a Republican-controlled Senate and then be signed into law by President Donald Trump, who has sought to cast himself as a law-and-order president, Adams said the fate of America will rest with voters.