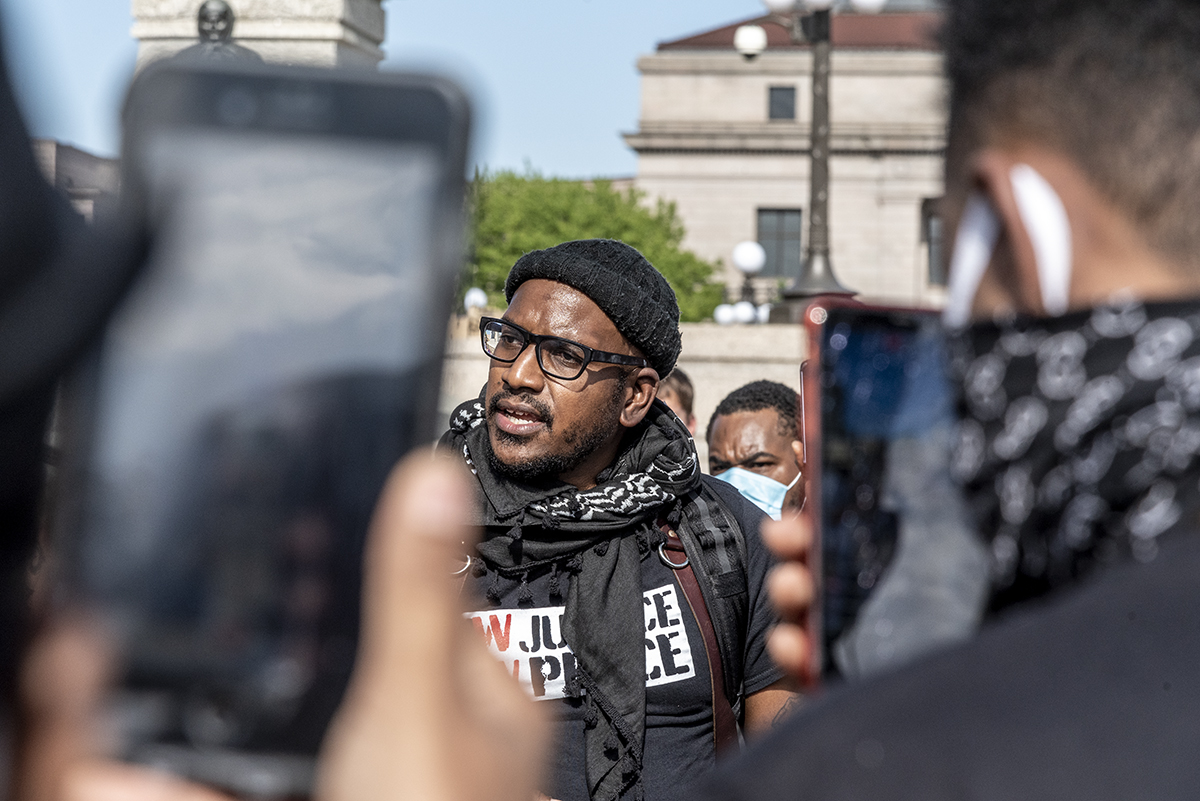 This year hasn’t been great for most. An unprecedented pandemic has changed the way we live and how we interact with others. But as much as things change, they seem to stay the same.

In 2014, Eric Garner told police he couldn’t breathe as he was placed in a chokehold until he laid motionless on a city sidewalk in Staten Island, New York. Almost six years later, George Floyd uttered the same words as a police officer pressed his knee into Floyd’s neck on a city street in Minneapolis, Minnesota, until he faced the same fate as Garner.

Last month, video footage leaked showing a father and son following Ahmaud Arbery within a Brunswick, Georgia, neighborhood and shooting him in the street.

In all three cases, the victims were Black and unarmed. The suspects in each case were white men involved in law enforcement. All three deaths were caught on video.

Nationwide, people are holding protests and demonstrations as a result of the latest deaths of unarmed Black people. Temperatures have started to rise as we close in on summer, and civil unrest has also caused temperatures to flare. The tension has led to riots across the country, none bigger than in Minneapolis.

Charlotte-based image activist Alvin C. Jacobs Jr. travels the country and documents social justice scenes. Last month, he made his way to both Brunswick and Minneapolis. He shared some of his experiences with QCity Metro.

This interview was edited for brevity and clarity.

First off, Black man to Black man, tell me how you’re feeling physically and emotionally with everything going on.

Strong of mind and spirit. I’m energized. I’m motivated. I’m intentional. There’s a lot of great work going on in this city (Minneapolis). There is more solidarity than I’ve ever seen from the Caucasian community. They are showing up and showing out with outreach and support. I have never seen anything like this on this level before.

Physically, the devil tried to take me out! The first night of protests, I was using a curb as leverage to tie my shoe and three brothers behind me were talking about whatever they were talking about, and one bumps into me, knocks me off the curb and my ankle rolled. So it’s sprained. I’m wearing a boot, but I’m in these streets! (laughs)

Man, well with everything going on, I need you to take care of yourself. We need you back here in Charlotte.

It’s always tough being Black, but the month of May was something else. These unnecessary murders of Black lives add on to the challenges of dealing with Covid-19. With all the traveling you’ve been doing, are you concerned about your own well-being?

I realized a long time ago that I am not invincible. I am not Superman. So, I observe stringent guidelines of health and well-being just like every other human on this planet. Just because I am fighting the good fight, and in the mix of the greater cause, I have to protect my body and my freedom.

If you’re an individual of responsibility in the movement, an organizer, an educator, a healer, your skills are required and needed among your people. So, you need to make sure that you can remain available in your greatest capacity. I protect myself as much as I can, not just for myself, but for members of the community.

You were in Georgia and now you’re in Minnesota. Talk about the mood of the Black community in both and how they compare.

Since we both live in the South now, we understand the way we move below the Mason-Dixon Line and how we show up. When you are down south, especially in Brunswick, Georgia, every other white person you see may or may not be an ally. The closer you get to the Bible Belt, it seems like we have more enemies than full support.

Georgia was a little bit quieter in the particular protest I attended. I am not going to say it was any less effective because there were very powerful speakers. It was more of a peace rally – a lot of clergy leaders and older people.

Here in Minneapolis, it’s different. Our (Black) population is a little lower. We have a lot of white folks here. The support looks different. People are able to do a little more.

This is a younger, more affluent population than Brunswick. There’s more industry, the buildings are bigger. It’s a larger city, and there are more people involved.

Local officials in Minneapolis are saying the vast majority of those engaged in the unrest are out-of-towners like yourself. Do you think that’s accurate?

Every city does that. Remember Charlotte was saying the same thing during the 2016 uprising. “This isn’t Charlotte. This isn’t us. We wouldn’t do this.”

People in your community are also tired of being victimized, brutalized and disenfranchised. Folks are tired of it. They just may have not had the ability to voice their righteous anger. I don’t know who all lives here and who doesn’t.

Why do they always focus on the number of individuals who live in a particular area when borders aren’t real anyway? You can come and go as you please in the United States of America. What difference does it make where people are from?

You mentioned Charlotte, and you were here in 2016 for the Keith Lamont Scott protests. From what you experienced in Minneapolis, how does the relationship with law enforcement and the white communities differ from what happened in Charlotte?

Everything you see is usually being orchestrated by white folks. The agitation, vandalism, the damaged property, but also a lot of solidarity. White people are putting their bodies on the line. That is something I will always respect.

A lot of the support services being donated are coming through white-led organizations. It wasn’t like that in Charlotte (in 2016). It was us (Black people) and a sprinkle of them (white people).

Minnesota has the full attention of the country right now. With the former officer — seen on the video with his knee on the neck of George Floyd — arrested and charged, what are the discussions like now? What happens next?

Arrest the individuals responsible and bring them to justice. That’s all you have to do. If you do that in a timely manner, you won’t have any problems, but they continue protecting the instruments of white supremacy.

Switching gears a little bit, you have been capturing many scenes of activism and injustices. In the last month alone, what would you say has been the most impactful scene you captured or witnessed in your travels?

Everything in Minneapolis in the last month has exceeded every expectation I had for a social-justice movement. Visually, I have never seen multiple buildings on fire. I mean completely on fire. In Charlotte, the fires were so small. Some of the mainstream media made it seem like it was more than what it was.

The fires here are humongous. I have never seen a tractor-trailer burned to its frame. It’s like a metaphor … the block is hot. People are tired of the disproportionate attacks of law enforcement on Black and Brown members of our community.

My intentionality has to be of being with the people … as an image activist, as a man that places himself in these situations, I have to do so from a platform of respect. I am here to reflect the climate. I’m holding a very large uncomfortable mirror in communities around the United States of America. It’s work I always wanted to do but didn’t know how important it was.

Anything else you want to say?

There was a protest this past weekend back home in a historically Black neighborhood, the Beatties Ford Road corridor. I am really upset that folks were allowed to come in and hijack a righteous movement.

You have to be very careful with the individuals you align yourself with. If you look around and you don’t know these folks, you have to get out of there. I don’t mean that you don’t continue to protect your community, you absolutely need to do that. You just have to see who is who. You need to make sure you are safe and the people you care about are safe.

The folks who are there to cause harm, and are not aligned with the movement you believe in, have to be removed from our communities. Those were clearly outside agitators that were utilizing a righteous movement to control the narrative. We can’t allow that to happen.