Officials said data and science will determine the attendance at the GOP's convention in August. 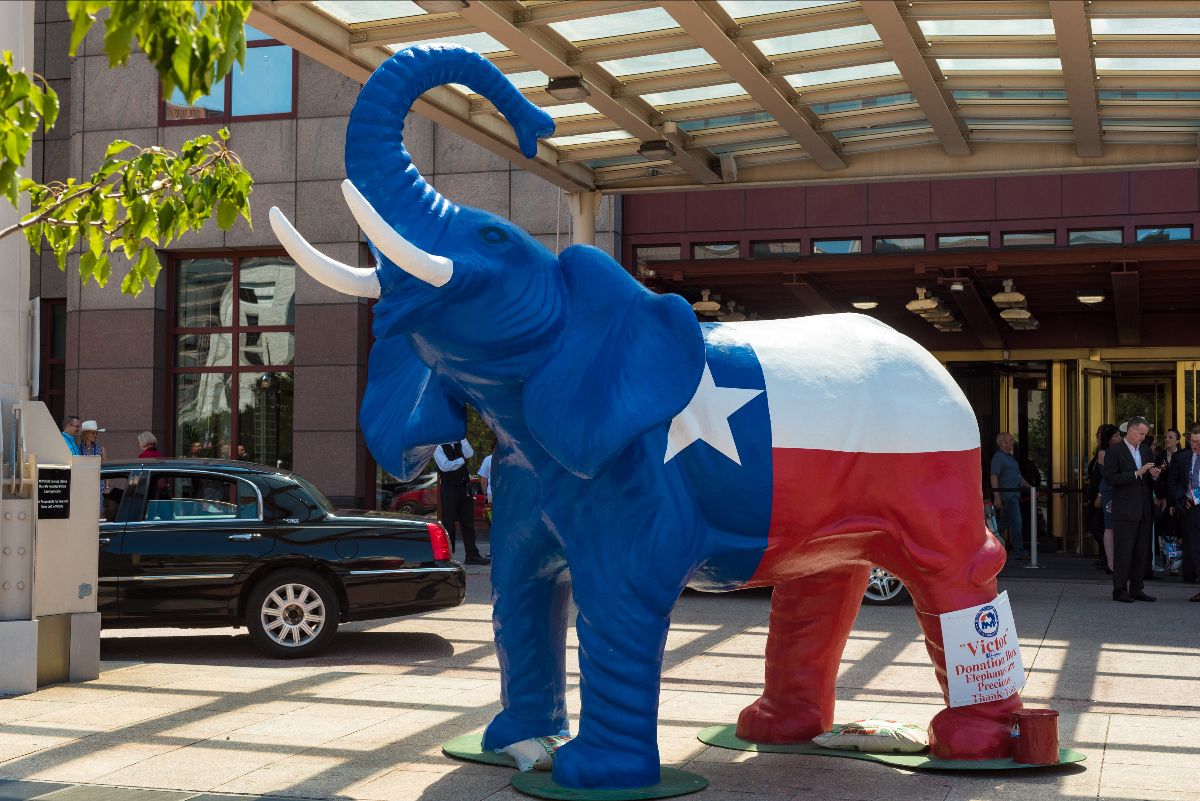 A red-white-and-blue elephant stands in front of a hotel in downtown Cleveland during the 2016 Republican National Convention. Photo via Shutterstock

Science and data. Those words were used often on Monday as state and local officials responded to President Donald Trump’s demand for an “immediate” guarantee that no restrictions would be imposed on the Republican National Convention, scheduled for Aug. 24-27 in Charlotte.

Early Monday, Trump let loose a barrage of tweets related to the convention and Gov. Roy Cooper’s pace of reopening the state’s economy in light of the coronavirus outbreak. North Carolina is currently in Phase Two of Cooper’s reopening plan, which limits indoor gatherings to 10 people.

Why it matters: With an estimated 50,000 people expected to attend the GOP convention, Trump pushed Cooper to guarantee “full attendance” inside the Spectrum Center, where the president would be nominated by his party for a second term.

“…If not, we will be reluctantly forced to find, with all of the jobs and economic development it brings, another Republican National Convention site. This is not something I want to do. Thank you, and I LOVE the people of North Carolina!” Trump wrote on Twitter.

Cooper responds: In a statement posted to the governor’s Twitter account, Cooper’s press secretary, Dory MacMillan, said state health officials are working with the RNC to review convention plans, adding: “North Carolina is relying on data and science to protect our state’s public health and safety.”

In a joint statement, the city of Charlotte and Mecklenburg County echoed Cooper’s response: “We are working with stakeholders to develop guidelines for several large events planned for Charlotte in the coming months including the RNC…”

Rep. Alma Adams was more direct: The Charlotte Democrat said in a statement that Trump’s tweets were meant to “bully the people of North Carolina and Charlotte into a game of ‘chicken.’ Luckily, Governor Cooper and our state health professionals are too smart to play that game, and they’re going to continue to make decisions based on science and the best available health information.”

In an interview with the Charlotte Observer, Charlotte City Council member Malcolm Graham called a full-blown convention “insane.” “This is not about politics, it’s about the public health,” Graham was quoted as saying.

The bottom line: In their joint statement, the city and county said they anticipate providing the RNC with “guidance” sometime in June.