Baker DeMaurio Page and pastry chef Sadruddin Abdullah share their spin on doughnuts. Chef Jasmine Macon explains why doughnuts are worth every bite. 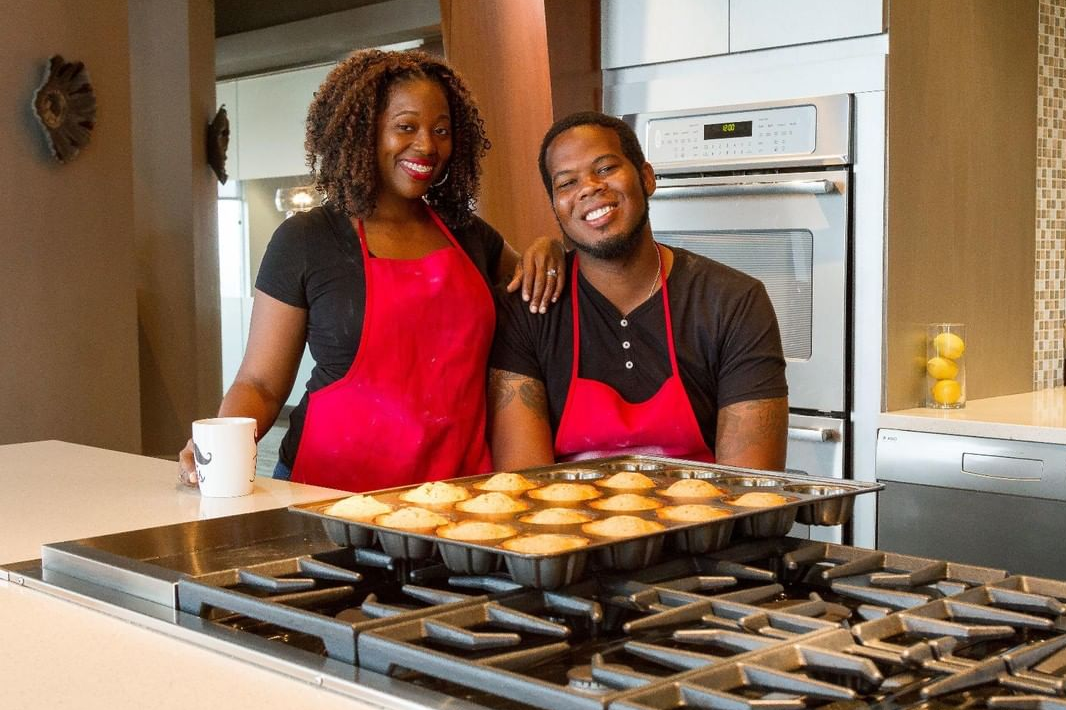 The classic glazed doughnut is close to perfection, so why change it? According to food industry experts at Dawn Foods, many doughnut fans still choose the original glazed as their favorite flavor.  However, there’s still room for fun when it comes to doughnuts, and two local businesses are challenging the idea of the traditional sweet treat.

New kids on the doughnut block

Owned and operated by husband-and-wife duo DeMaurio and Vivian Page, Uncle D’s Southern Donuts entered the scene two years ago, bringing a new form to the traditional doughnut by combining it with a soul favorite, the pound cake.

“I learned how to bake from my grandma, and she made pound cakes all the time,” he said. “When I got home from college, I started baking and developed a doughnut recipe that worked.”

In his early days, Page baked doughnuts in the traditional circle, but he wanted to do something different.

“I decided to experiment with putting my doughnut recipe in a mini bundt cake pan to combine the southern feeling of pound cake,” he explained.

After perfecting the bundt-cake style, Page shared his creation with friends and family. They gave him the feedback he needed to start his business.

Experience Uncle D’s by placing an order online for pick-up or delivery.

Keeping up with the ever-changing pastry industry is how pastry chef Sadruddin Abdullah’s famous kronuts came to be.

“My wife did some research online and found a pastry out of New York City called the kronut, and we decided to bring the kronut to Charlotte,” explained the two-time National Bread and Pastry Championship winner.

What’s a kronut? It’s a cross between a doughnut and a croissant, but Abdullah says the kronut is more complicated than either pastry could ever be on its own.

“The thing that’s exciting about the kronut and what makes it important is that it represents the renaissance of classical pastry and takes three days to create the dough,” he said. “During those three days, you are creating hundreds of layers of doughnut and butter.”

His three-day creations come in eight flavors such as cinnamon-sugar and birthday cake. To add even more people to the kronut fanbase, Abdullah now sells a vegan kronut at Oh My Soul, the South African vegan restaurant in NoDa. His kronuts and assorted pastries are also available at other local shops like The Hobbyist in NoDa, Percantile Creamery in Concord and Nostalgia Hollow in Kannapolis.

Not feeling like making the drive? Abdullah offers an at-home kronut kit that includes dough for six kronuts plus instructions. Shoppers can email him to order the kit.

What makes a good doughnut?

She explained what makes a doughnut worth every bite.

“A good doughnut starts with a good dough base, she said. “I am more of a fan of a yeast doughnut than the cake donut because the yeast doughnut has a pillowed feel with a crunch. You can tell if it is a good yeast doughnut if you see the fry line (the white line that goes around the doughnut).”

Macon looks for dough that’s not too sweet since a glaze will add sweetness while other components add flavor and texture. She plans to return to the doughnut business with a storefront to provide optimal conditions for the perfect yeast doughnut.