For answers, we turned to the Charlotte Area Transit System (CATS), which is overseeing the work and will operate the streetcar. 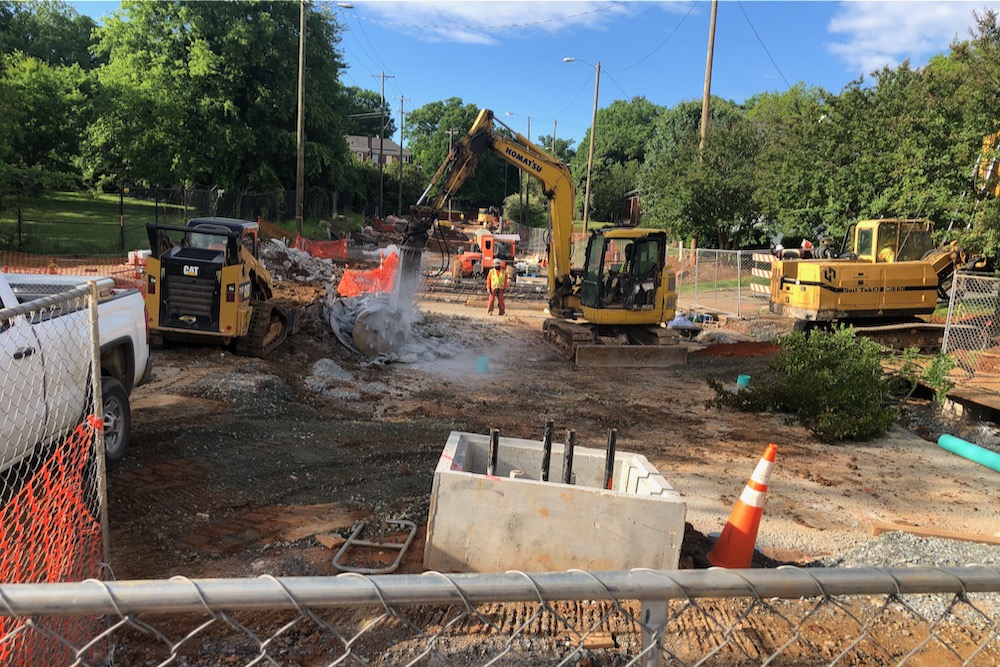 Asked: When will the CATS streetcar project on Beatties Ford Road be completed and will it be delayed by Covid-19 and the county’s stay-at-home order?

Answered: The streetcar will begin moving passengers in early 2021, although an exact date has not yet been set,” says Juliann Sheldon, the acting public & community relations manager for Charlotte Area Transit System (CATS).

Work on the project — officially called the CityLYNX Gold Line — has not been slowed by the coronavirus pandemic, Sheldon said.

Originally scheduled for completion in 2020, the second phase of the streetcar expansion is now scheduled to open sometime in 2021, she said. The project has been held up by a number of factors, including work on the Hawthorne Lane Bridge, on the other end of the streetcar line, in the Elizabeth neighborhood.

Sheldon said workers still must string overhead wires to power the streetcars. (A recent visit to the construction site on Beatties Ford Road found workers laying track and building platforms.) Once construction is completed, Sheldon said, the new streetcars will undergo extensive testing on the track before they are permitted to carry passengers.

According to the CATS website, the entire Phase II project will cost $150 million.

A Phase III would further extend the line to the east and west.

BTW: Workers soon will break ground on a new Five Points Plaza, near Johnson C. Smith University. The streetcar tracks will bisect the plaza, with a stop on West Trade Street.

That project, also scheduled for completion in 2021, will include new public spaces where residents can stroll, ride bicycles, and enjoy live music or other community activities.