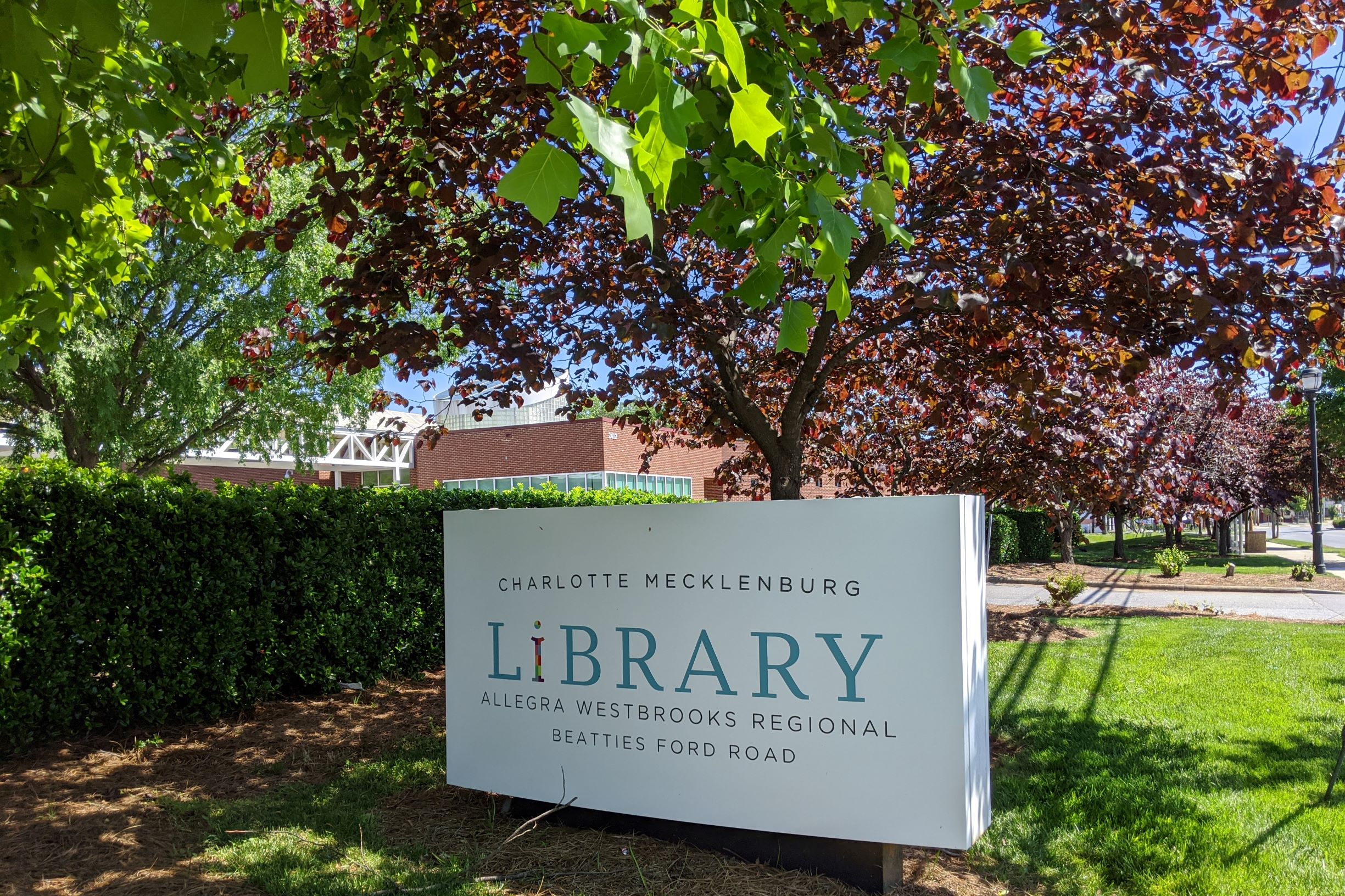 On April 15, a new sign in honor of Allegra Westbrooks was erected outside the Charlotte Mecklenburg Library branch located at 2412 Beatties Ford Road. Photo: QCity Metro

Charlotte Mecklenburg Library has renamed its Beatties Ford Road branch for one of its history-makers.

Library officials announced Friday that the branch is now known as the Allegra Westbrooks Regional Library. It’s the first time one of the library system’s branches has been named for an individual.

In 1947, Westbrooks was hired to manage the Brevard Street Library — the first public library to serve Charlotte’s Black community. After the library system desegregated in 1956, she climbed the ranks earning several positions, including an early promotion to supervisor of branches in 1957, making her the first Black public library supervisor in the state. She also served as head of acquisitions and assistant director.

“Ms. Westbrooks was a mentor and inspiration to many library and community leaders and was a tireless advocate for reading, libraries, and education,” said Rob Harrington, chair of the Charlotte Mecklenburg Library Board of Trustees and attorney with Robinson Bradshaw law firm.

Westbrooks was born in Cumberland, Maryland, on March 13, 1921. As a child, she and her sisters moved to Fayetteville to live with their grandmother. In a 2008 oral history transcript, Westbrooks spoke of a librarian named Hazel Edwards Wright who sparked her interest in library science during her college years at the State Colored Normal School — now known as Fayetteville State University.

“She seemed to be knowledgeable about all aspects of library service …I was always interested in books and reading, but [she] sort of pushed me in the direction of going into library science. And so, that’s how I ended up going to Atlanta University library school,” she explained.

Westbrooks retired from the library system in 1984 at the age of 62 with a career spanning more than 35 years. Under her guidance, she orchestrated opportunities to get the Black community involved in the library, including a citizen’s advisory committee that planned lecture series and discussion groups.

She was known for traveling throughout the county placing books in churches in neighborhoods without a library branch, and when churches were closed, she led a bookmobile to make books available for students. Sadly, Westbrooks died in April 2017 at the age of 96.

The Beatties Ford Road branch opened on April 20, 1997, replacing the historic North Branch that had served the neighborhood since 1957. Renovations began in 2009 to expand and update the facility, but budget cuts delayed the project. On June 13, 2011, the expanded Beatties Ford Library reopened as a regional library for the area.

The library’s renaming ceremony and celebration, originally planned for April 25, is postponed due to the statewide stay-at-home order.

“The Library plans to move forward with a celebration of Ms. Westbrooks, her legacy and the official renaming of the Allegra Westbrooks Regional Library at a date and time to be determined later this summer,” said Acting Library Director Dana Eure.