“I will find some way to make this work”: Business owners share their pivots without stimulus funding

Securing funding assistance remains a struggle for some small-business owners, but others have found ways to maintain and grow. 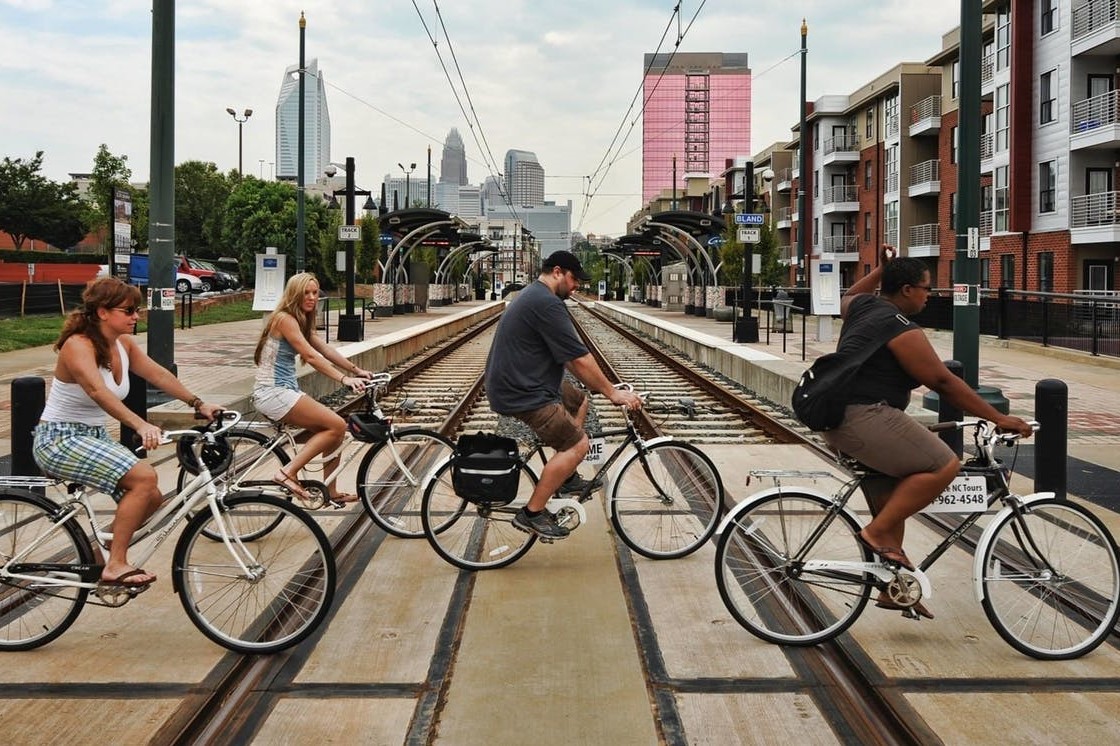 Dianna Ward (right) launched her company, Charlotte NC Tours, in 2009. She was “cut off at the knees” when the pandemic hit Charlotte in early March -- the beginning of outdoor tourism season. Photo courtesy of Dianna Ward

Just a few months ago, we were making 2020 business predictions with local startups ahead of Charlotte Innovation Week. Now, many businesses are fighting for survival after the economic downtown caused by the Covid-19 outbreak.

Data shows that Black populations are disproportionately impacted by the coronavirus in more ways than one. For small businesses, securing financial relief through programs at the local, state and federal levels has been as successful as finding a needle in a haystack.

Three small-business owners shared their experiences of applying for funding assistance like the Payment Protection Program (PPP), which provides forgivable loans for small businesses that keep all employees on their payroll for at least eight weeks. Each made it abundantly clear that funding or no funding, the community needs to figure out a solution together.

“I’m the sole income for my family”

Bryant Walker is doubling down on a digital marketing strategy to keep his existing clients happy. As founder of digital marketing and video production firm Reel Results Marketing, the economic downturn hit him hard. Events were a large part of his revenue stream.

“That first month in March, we lost over $10,000 in video production projects because they all got canceled,” said Walker, who launched his business in 2017. “I have a wife and a 2-year-old. I’m the sole income for the family…so I’m thinking, `Is there a way to do this more safely?’”

After the initial projects were canceled, Walker applied to Facebook’s Small Business Grant Program, which pooled together $100 million in cash grants and ad credits for up to 30,000 eligible small businesses.

And he was planning to apply for a PPP loan but paused once an existing customer gave a referral for a new piece of business. The addition of another social-media client meant extra income for at least 90 days. He reconsidered applying to PPP, especially when it looked like larger companies were easily winning the dollars.

“If someone owns a restaurant, they need it way more than me. Since I’m in a digital space, my overhead is different, too,” Walker said. His company employs a part-time virtual assistant and hires independent contractors as needed.

Despite not receiving federal program assistance, his business has seen a 40% jump in growth since March thanks to two new clients. He may need to bring on help to handle a third.

If the pandemic lasts into the summer, and there’s a strong case that it will, Walker says he plans to continue operating the digital side of his business while preparing for larger-scale video production in the future.

“I think about those who have just started”

Considered a nonessential business, Dashia Golden had to cancel appointments and shut down her University City nail studio when the county’s stay-at-home order went into effect. Closing her Beautifully Golden Nail Studio has surely impacted her income, but her concern is for other small businesses.

“I think about those who have just started and how it’s tough keeping people,” she said. “Shutting down for this amount of time could really hurt your business.”

Golden recently applied for Pandemic Unemployment Assistance, a federal program for people who are unable to work as a result of Covid-19 and wouldn’t normally be covered under their state’s unemployment benefits — freelancers, independent contractors and self-employed workers like Golden. She’s still awaiting a response.

In the meantime, Golden is looking to the future with a pivot to e-commerce. She’ll offer nail sets, manicure kits and accessories to new and existing customers.

Instead of “worrying about the money coming”

Dianna Ward shares a similar story. She owns Charlotte NC Tours, which provides Segway and walking tours in Uptown. Ward says she was “cut off at the knees” when the pandemic hit Charlotte in early March — the beginning of outdoor tourism season.

Without an alternative to completely shutting down her business, Ward applied for a PPP loan just a few hours after the applications became available. She hasn’t gotten feedback from her lending institution. PayPal, one of the first non-bank institutions approved to distribute PPP loans, reviewed Ward’s loan application overnight. But there was still no payout. She says that PayPal is waiting on the funding to become available from the federal government.

Ward, who opened Charlotte NC Tours in 2009, employs 19 people, including independent contractors. She pays what she can while they apply for unemployment assistance and walks them through the filing process if necessary. With seven W-2 employees, Charlotte NC Tours is eligible for $1,000 per employee. As of April 29, Ward hadn’t received confirmation from her bank about the loan approval. After navigating a confusing financial relief system, she has no doubt other small businesses are now evaluating their banking relationships.

Charlotte NC Tours is now looking at how to move forward once the stay-at-home restrictions are lifted and how to conduct business at a safe physical distance.

“I will find some way to make this work,” she explained. “Everyone needs to get in that mindset because that money that we really need to get started is not coming.”

Ward encourages small businesses to collaborate. Business owners, for example, coming together to upfit storefronts in their communities.

“Building plexiglass enclosures and negative-pressure technology to keep germs from circulating. That’s what I’d love to see,” she added. “We should be spending more time doing this than worrying about the money coming.”

While some states have started easing restrictions, Gov. Roy Cooper extended the stay-at-home order through May 8 and included a phased plan for reopening that can take us into the summer. With the second round of PPP funding disappearing almost as quickly as the first, many small business owners are fighting to keep their doors open as they face an unclear future.