While extending North Carolina's stay-at-home order, he also outlined a three-stage plan for reopening the state. 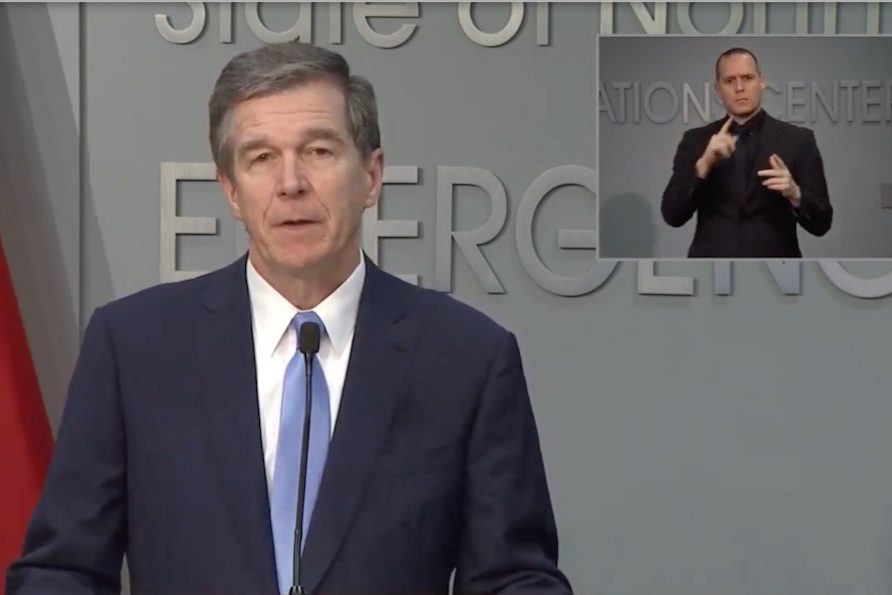 North Carolina’s stay-at-home order has been extended through May 8 to curb the spread of Covid-19, Gov. Roy Cooper announced Thursday, while also outlining a three-stage plan for reopening the state’s economy.

While business and social restrictions have slowed the spread of Covid-19, which is caused by the novel coronavirus, Cooper said sufficient progress had not been made to begin lifting the restriction.

“I know people want their lives and their livelihoods back,” he said via teleconference, “but first we need to hit certain metrics, because the health and safety of North Carolinians is our number-one priority.”

Dr. Mandy Cohen, secretary of the N.C. Department of Health and Human Services, said the number of new infections in the state is doubling about every 11 days, a dramatic decline since early March, when the number of new cases was doubling every four days.

Cooper said he understood why some residents were eager to see the restrictions lifted, and he noted that business groups had been involved in devising a plan.

“It is important to get our economy moving,” he said, “but I will not risk the health of our people or our hospitals, and easing our restrictions now would do that.”

Cooper’s announcement came on a day when state officials reported that Covid-19 cases in North Carolina increased by 388, to more than 7,600 total since early March.

In Mecklenburg County, the coronavirus count rose by 78 new cases — its second-biggest daily increase. The county now has 1,362 confirmed cases of Covid-19, plus 35 related deaths as of late Wednesday.

The state also reported 11 additional deaths, for a total of 242. Hospitalizations rose to 486 from 434 on Wednesday.

In addition to hitting other benchmarks, Cohen said the state must see a “sustained leveling over a period of time” before restrictions can be lifted.

When conditions are right, Cooper said, he will reopen the state’s economy in three phases.

Phase II: The stay-at-home-order would be lifted a minimum of two to three weeks following Phase I. Residents with underlying health conditions would be encouraged to remain at home. Bars and restaurants would open, but with reduced capacity. The number of people allowed at mass gatherings would be increased.

Phase III: Four to six weeks after Phase II, capacity would be increased for bars, restaurants and churches. Strict rules would still apply to nursing homes and “congregate living facilities.”

Cooper said health officials would remain vigilant, watching for any indication that Covid-19 might be resurgent. If conditions indicate, he said, the state may revert to a more restrictive phase.

“I know people in our state are eager to move forward,” he said, “and we will get there.”

In addition to a leveling off of new cases, Cohen also noted additional benchmarks the state must hit before restrictions are eased.

Cooper says information about K-12 public schools will be released on Friday.