Our lessons from the master, Ellis Marsalis

JazzArts Charlotte founders recall memories of jazz musician and educator Ellis Marsalis. He died earlier this month from complications of the coronavirus. 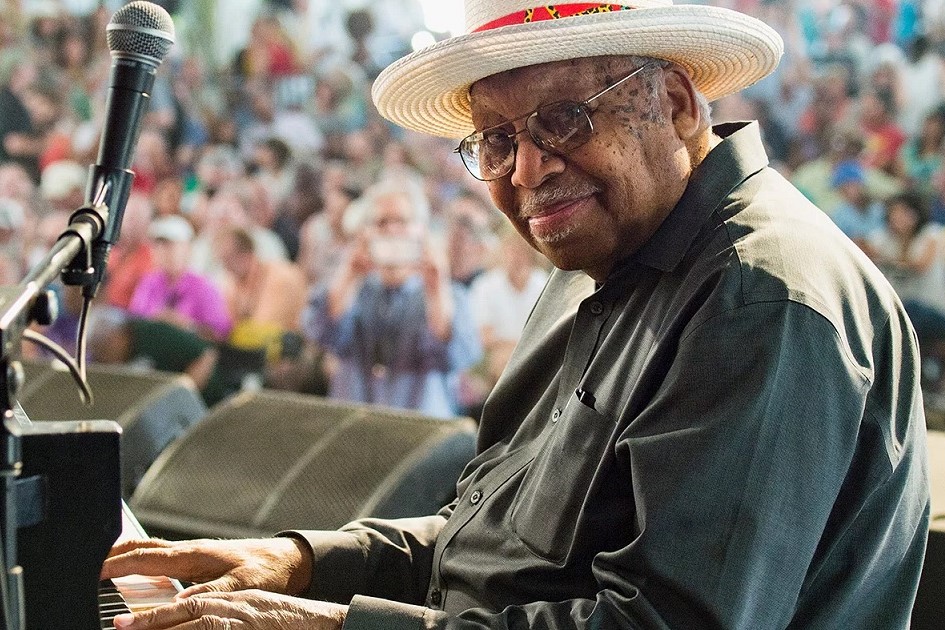 Ellis Marsalis was a jazz pianist, educator and the musical patriarch of the Marsalis family. He died earlier this month from complications of Covid-19, The New York Times reported. He was 85.

The legacy of Ellis Marsalis lives on in the many people he inspired. Lonnie and Ocie Davis, co-founders of JazzArts Charlotte, are two of those lucky people. They met Marsalis as students in the jazz department at the University of New Orleans.

I had the privilege of meeting Mr. Marsalis as a high school student at New Orleans Center for Creative Arts (NOCCA). He often dropped in as the former director of NOCCA’s jazz department, but mainly it was in his role as the father of one of my classmates, Jason Marsalis. Even then, I knew that it was pretty special to have “E” (what most cats called him) there, if only briefly. I went on to study with Mr. Marsalis at the University of New Orleans. Of course, he is the reason I chose to attend the school.

Under his direction during my study in the jazz department at UNO, I learned many profound lessons. In an early conversation with Mr. Marsalis during my first year, he shared with me words that I’d never forget. He called me into his office one afternoon for a meeting, the reason still unknown to me. It was nerve-wracking even to consider what it could be for. I walked into his office shaking with anxiety that day.

He sat me down and began the discussion with a question: “What is it that you want to do?” He went on to share stories and expressed the trials of being a professional jazz musician [in New Orleans].

”You don’t have to be a professional jazz musician to support the music,” he said.

Before that moment, I had never thought about it. I was intrigued to know that there were many ways to make an impact on the music I loved. Those words stuck with me. In retrospect, I now understand that these words shaped the work I do today, and I am forever grateful.

I know his influence can be seen here in Charlotte. In recent years, our students added two of Mr. Marsalis’ most popular tunes to their repertoire, “Twelve’s It” and “Swingin at the Haven.” They recognized his mastery and how important it was to pay tribute to one of the only living jazz legends. The students even played for Mr. Marsalis during one of our New Orleans summer experiences.

Each year, one of the most important stops on the trip was the Friday night visit to New Orleans’ premier jazz club, Snug Harbor, to hear Ellis Marsalis perform live. Each year, he welcomed our Charlotte students up to the stage to perform for his audience. This was a tremendous honor because “E” would not open his stage up for just anyone. This is also a small example of his incredible generosity.

Our students played an Ellis Marsalis original composition, “Swingin at the Haven” arranged by one of our All-Star students, saxophonist Veronica Leahy. At the back of the room, Mr. Marsalis stood listening to the students with our former board chairman Todd Albaum.

As they listened together, Todd asked Ellis, “Aren’t our students good?” Ellis said, “No, they are better than good!” I felt like that moment brought Ocie and me full circle. Even as I reflect today, I am thrilled that Mr. Marsalis knew we were listening to his lessons, and we are here to continue to move the legacy forward.

I was drawn to the program at UNO for the same reason as Lonnie – to study jazz with a master. I was afforded the opportunity to play with “E” for six years. I was his drummer, whenever Jason [Marsalis] was on the road. I would cover for him often. That experience on the bandstand was critical to my development.

Ellis would often play songs that I never heard, always throwing surprises in there. He’d get a kick out of seeing you struggle on the bandstand. You’d look at him, and he’d have this smirk on his face, especially when he thought you were getting too confident.

The thing about Ellis is when you got off the bandstand, if he didn’t say anything to you, that was a good thing. Whenever he did say something to you, it was usually a constructive critique. If he just looked at you and nodded, that meant you did your thing.

Many things Ellis said to me were impactful. One statement that stood out to me was “Practice is the first sign of integrity in a musician.” No matter how cool a musician may act, it all will be revealed on the bandstand.

He saw progress in me, which is why he kept me around for all of those years, and I am eternally grateful. New Orleans is the land of drummers, so I really had to prove myself. The fact that I was performing with Ellis on a regular basis made me acceptable to New Orleans musicians. I received many opportunities from other great New Orleans musicians and traveled all over the world because of my experience with Ellis.

Ellis was a tremendous educator and a perfect example and role model. He was always a wealth of knowledge and had lots of stories. He constantly read. Whenever we went on the road, he was always reading a book and had a book in his bag. He was always disseminating information, sharing world views. It wasn’t about music most of the time. It was about life.

Recently, when we brought our JazzArts All-Star students to New Orleans, I felt the most pride. Our students played with Ellis Marsalis on his bandstand at Snug Harbor Jazz Bistro. He told me how much of a great job Lonnie and I had done with our students and the organization. To hear him say how proud he was of us for the work we’ve done in jazz education meant so much to both of us.

I have an immense amount of pride, respect and appreciation for Ellis. I am very thankful for the path that I followed — to go to NOLA, be part of the UNO Jazz program and to work with Ellis. He was/is a very important part of my journey as a musician.

A version of this article was originally published at thejazzarts.org.