Two restaurant owners open up about how they’re coping with the changes and their outlooks for the future. 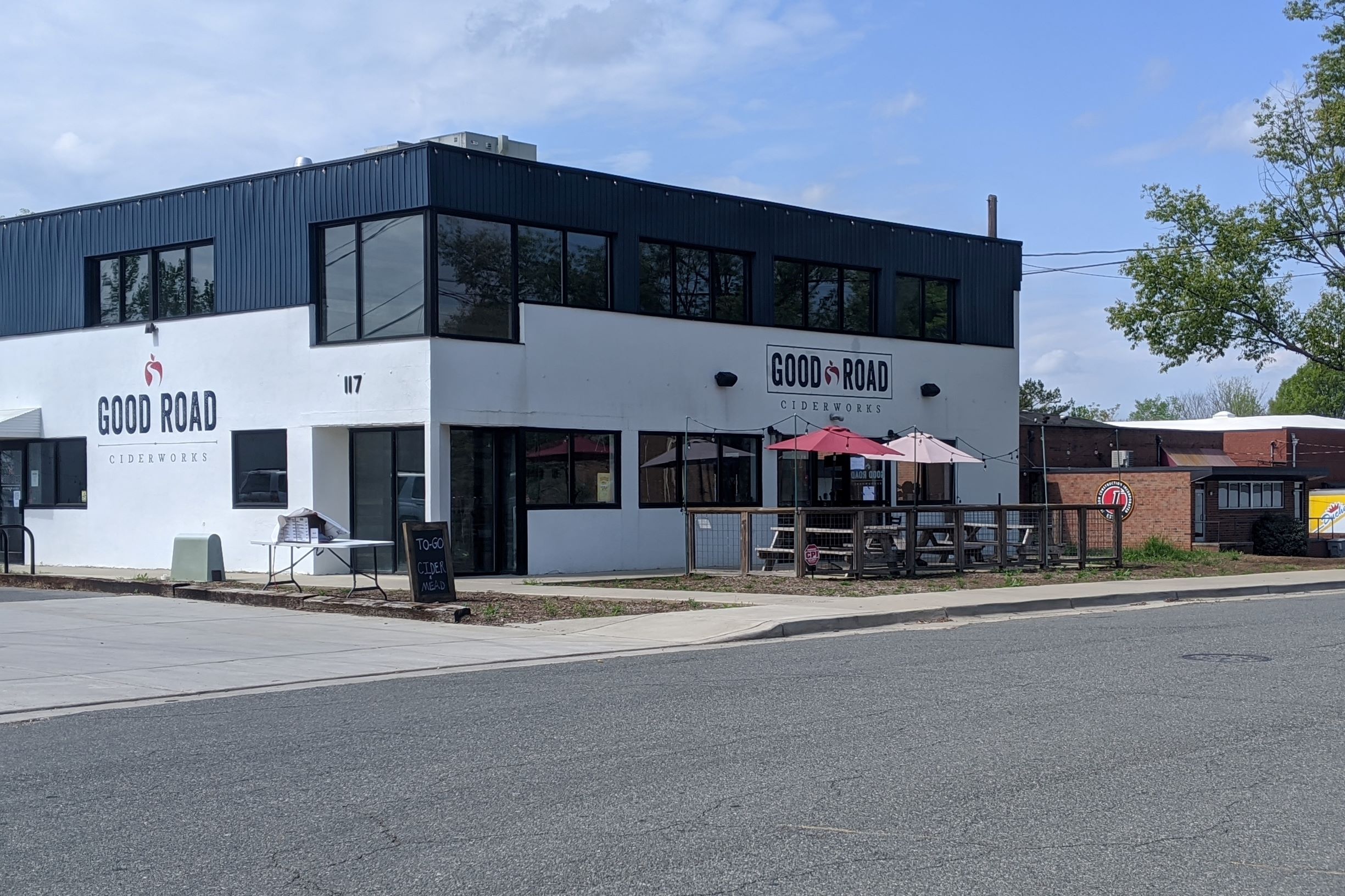 It’s been a month since stay-at-home orders shut down dining rooms of local restaurants and bars to contain the spread of the coronavirus. Those that haven’t closed completely have moved to take-out and delivery options to stay afloat.

Unfortunately, declining sales have resulted in thousands of layoffs in the service industry. The state’s department of commerce reported that roughly 617,000 unemployment claims had been filed as of April 15, with nearly 87% of claims related to the Covid-19 pandemic.

Two restaurant owners open up about how they’re coping with the changes and their outlooks for the future.

Charlotte native Kevin Martin is co-owner and head of fermentation at GoodRoad CiderWorks, a cidery off of Old Pineville Road that opened St. Patrick’s Day in 2017. Martin, a West Charlotte High School grad, said his team saw the writing on the wall as business started to slow down due to canceled events and increased calls for social distancing.

“We knew something was coming, but we didn’t know if it was going to be an actual mandate or not,” he said. “Once the actual order was given, it was a hard hit to all of us, especially here because the whole idea of the tasting room is for people to congregate and socialize.”

Shutting down the tasting room meant the team had to let the bar staff go. Weeks later, the management team was let go. (As co-owner, Martin is assisting on a volunteer basis.)

Similar to others in the industry, GoodRoad CiderWorks continues to sell its products through curbside pickup and online deliveries through Postmates.

Despite the gloomy nature of the situation and swift changes, Martin isn’t losing hope for having employees come back. He’s glad that GoodRoad can provide a sense of normalcy during such a strange time.

“We’re trying to furlough people as opposed to letting them go completely,” said Martin, who keeps in contact with the released employees. “We’re hoping that with the assistance that’s coming from the federal government and state government, we can bring most, if not all, our employees back. We have a good team, and we enjoy working together.”

Like small businesses across the country, GoodRoad CiderWorks has applied for business relief through several government grant and loan opportunities.

“Governmental entities are notoriously slow, but I’m not going to fault them on that this time because this was a big hit that happened quickly,” he admitted. “I would say that the systems are probably at capacity just going through the website. Coming from the IT side of things, I’m surprised they didn’t have more crashes.”

Martin looks forward to people drinking responsibly on the patio and enjoying one another’s company once the shutdown order has expired.

“I hope people remember we were there for them and did the best we could for them.”

Thanks to hard work and some social media exposure, Mr. 3’s Crab Pot grew from a small food truck to the fastest-growing crab pot restaurant chain in the South. Owners Rod and Rana Brown now have three locations for the seafood hot spot — west Charlotte, Gastonia and Rock Hill.

The moment news spread about the outbreak, Rana knew that the businesses would be affected.

“I was a registered nurse for 16 years and worked in the infectious disease unit,” she explained, “so at first, I wasn’t too scared of anything because I dealt with tuberculosis patients. I assumed it was like the flu.”

About a week later, she connected with former coworkers who told her how serious it was looking on the frontlines.

“Once I learned that, we were preparing immediately,” she said.

To Rana’s surprise, the restaurant gained more business — they’ve experienced a 30% increase since the shutdown. They hired more staff to keep up with the demand.

“We have been getting more interviews since the pandemic. Before, we would interview about five people. Now, we’re interviewing 13 people, and we’re getting more qualified candidates,” she said, explaining that most people are workers who have been laid off from the airport and other restaurants. They recently hired two cashiers and two cooks.

Before the restaurant business, the Browns started with real estate investments that provided affordable housing for low- to mid-income renters and storefronts for small businesses. They knew that owning the buildings for their restaurants was a better decision versus renting them.

“We don’t have to worry about paying rent to anybody,” she said with relief. “No matter what the economy does or whatever may happen, it’s our building, so that helps a lot.”

Correction: GoodRoad CiderWorks is a cidery or meadery. An earlier version of this story listed it as a brewery.