McNeil pitched his nonprofit, Transforming Youth Movement, to a panel of judges and won $20,000 at last month's event. 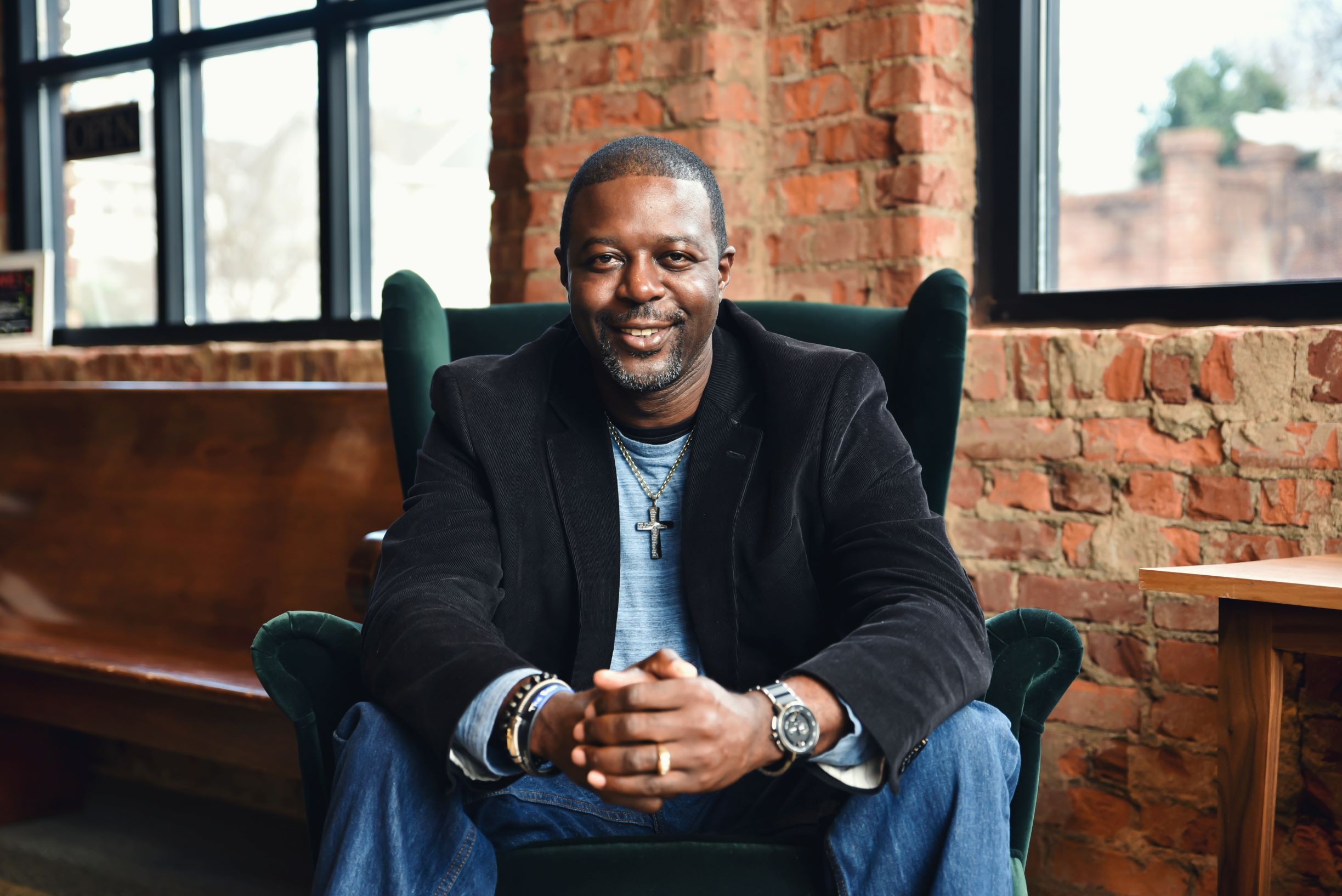 After sharing his story of a short-tempered, introverted boy in the countryside of Winston-Salem, Reggie McNeil, founder and executive director of Transforming Youth Movement (TYM), won the Wells Fargo People’s Choice Grand Prize of $20,000 at the 9th annual SEED20 OnStage.

Created by Social Venture Partners, SEED20 is a two-month program in which 20 local nonprofits receive coaching and mentorship to refine their stories of social impact. Ten participants are selected to pitch to a panel of judges during SEED20 OnStage for a chance to win cash prizes. Normally, the finalists also present to a community audience, but this year’s event — held on March 31 — moved to a virtual format due to the coronavirus outbreak.

McNeil founded the organization nearly four years ago to help change the lives of young people. Many of the “at-opportunity” youth come to the program through the juvenile justice system. Once involved, they’re paired with a mentor and take part in community service and restitution opportunities. Currently, TYM is operating in Mecklenburg, Union, Rowan and Cabarrus counties.

In a recent interview, McNeil shared more about the organization, his SEED20 experience, and what’s next after earning the top prize.

Q. Tell us about Transforming Youth Movement and the process of matching participants with mentors?

We have four divisions: mentoring, community service, restitution and skill-building. We also have a foster care placement partnership. We’re a yearlong program with the focus of connecting volunteers with a mentee for a minimum of eight hours a month.

We link the mentor with the mentee by interest based on an online questionnaire that has 60 questions. Then, we will list professions that lineup with the 60 questions. Our team looks through our partners for mentors to pair up with the kids to prepare them for job readiness.

We hope to keep them in that interest until they go to college or where life takes them.

Q. Who was young Reggie? Do you recognize yourself in the teens you serve?

Absolutely. In addition to seeing young Reggie, I see my cousins and other people throughout my life who helped mold me into the person I am today, like my wife.

Young Reggie was a kid who was considered slow. Because of that, I was introverted and sheltered. I wanted to ask questions, but I learned the more you ask questions, the more likely people will call you slow. I started making it the best I could. I graduated on time from high school, went to the military.

I did some things, but looking back now as an adult, I never was able to maximize my potential because I lacked the communication skills or willingness to stand up and ask more questions. As a result, young Reggie was also short-tempered and held a lot of animosity within himself, something I see in a lot of young people today.

I didn’t have a father. I was raised by my great-aunt and reconnected with my mother in the eighth grade. I had a lot of questions about who I was and where I came from.

Q. How did you learn about SEED20?

It was brought to my attention by our program manager, Shannon Chambers. She’s been in the nonprofit world for over 20 years and mentioned to me that SEED20 would be a great way to get the exposure we need. We had this conversation back in 2016.

We watched SEED20’s class of 2016, and I was instantly interested because it reminded me of a talent show. We looked at each other, and I instantly told her we’re not doing that next year.

Q. Talk more about reconnecting with your mom.

By the time I was in the fourth grade, I realized there was a woman always at the front gate of my house. I didn’t realize my great-aunt wasn’t my mom until kids kept pointing out that she was old. I took offense to that. It made me want to fight, to be honest. But after realizing her age, and the dated clothes, I pieced together that the woman at the gate was my mom, and she was trying to get custody of us.

SEED20 has caused me to come to grips with myself. I realized that I was suppressing so many emotions. During the competition, I was contacting family members who I thought would know the answers [about why she lost custody of us].

I didn’t get the chance to delve deep into the investigation. My mother sadly lost her life in 2006, and I lost my great-aunt in 1998. Right when the research was about to begin, the [coronavirus] hit. I have friends of my mom I can talk with. I feel like I might have to go into the legal system for the research. I know she was an activist, and she was vocal. She did a lot of marching with the Black Panthers, who were doing things for our community.

After a little while, we all agreed we should do it after we finish building what we’re building. Cross all our T’s and dot all our I’s, so that we were more sustainable and scalable. In 2018, after strategizing, I said, let’s do it.

McNeil says he’ll pour most of the $20,000 back into the program participants. He also decided that he’ll continue to search for answers about his mother and will create an honorarium in her name.

“I’ve grown to have a lot of respect for her. I became closer to her 22 years ago when I met my wife, and I learned her struggles,” he said. “She fulfilled her dreams and achieved her goals. In addition to my great-aunt, I feel inspired, empowered and now emboldened by her spirit.”

Learn more about Transforming Youth Movement at their website tyminc.org.

Note: Answers were edited for clarity.