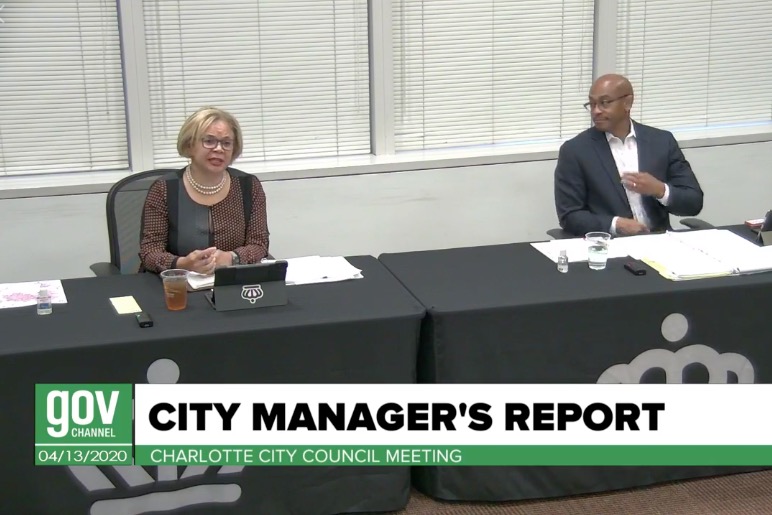 That was the message City Manager Marcus Jones delivered Monday at the weekly city council meeting.

Why it matters: The sales tax accounts for about 16% of the money Charlotte raises each year to fund general operations. And according to one city projection, 20% to 25% of those sales tax dollars may wither away in April, May and June, all because of the novel coronavirus and Covid-19.

It’s not just the sales tax. Jones said other sources of city income also will suffer. In total, he said, money collected for the general fund may come in nearly $14 million shy of the $727.7 million budgeted for the current fiscal year.

Before the pandemic, general-fund revenues were on track to exceed the budgeted amount by $2.2 million, and leading the way was an unexpected rise in sales-tax collections, which Jones described as being on a “blazing path” before Covid-19 arrived.

The fix: Jones outlined some of the ways his office is looking to hold the line on spending. In addition to a hiring freeze (except for police and fire) the city also is looking to cut discretionary spending.

Charlotte will get a $50 million grant for hosting the Republican National Convention, Jones said, and the city will apply to collect its share from the economic stimulus package that was passed by Congress and signed into law.

With city council now set to begin crafting a budget for fiscal year 2021, which begins July 1, Jones said “…we’re in uncharted waters right now.” He said the economic impact of Covid-19 may be felt for the next 12 to 24 months, which will make projecting out a new budget trickier than normal.

In total, he said, the sales tax decline due to Covid-19 may cost the city’s general fund more than $11 million next fiscal year — or nearly $20 million under a worst-case scenario.

The bottom line: Despite the budget projections, no one on council talked of raising taxes. There was discussion, however, about the pros and cons of dipping into the city’s reserve fund. Mayor Vi Lyles said council would discuss that more when budget talks for fiscal 2021 begin in earnest next month.