County: More than half of all COVID-related deaths in Mecklenburg have been Black residents

For the first time, Mecklenburg health officials have acknowledged that the COVID-19 pandemic is having a disproportionate impact on Charlotte’s Black community. 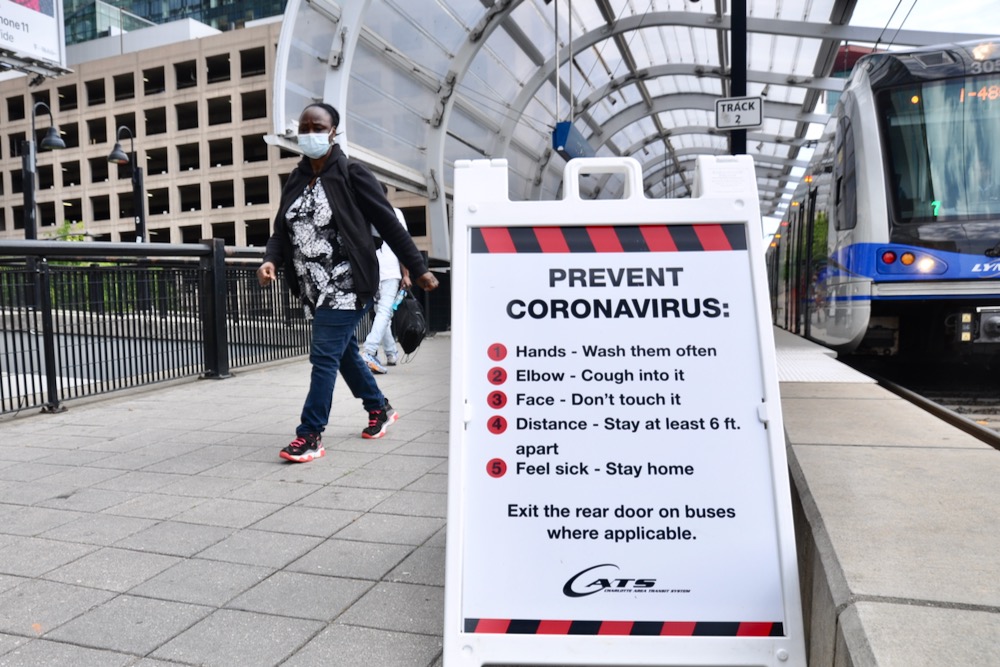 Mecklenburg health officials acknowledged Wednesday that the COVID-19 pandemic is having a disproportionate impact on Charlotte’s Black community — a fact that officials denied for more than two weeks.

With 839 cases confirmed, about 48% of those confirmed cases have involved African Americans. And of the 10 countywide deaths attributed to COVID-19, more than half the victims were Black residents. (Mecklenburg County’s Black population in the 2010 census was measured at 32%)

QCity Metro first raised questions about the growing rate of COVID cases in the county’s black population in late-March. At the time, Public Health Director Gibbie Harris said she saw no data to support that claim, insisting that infection rates reflected the county’s racial demographics..

On Wednesday, Harris said the disproportionate impact on the county’s Black population was hardly surprising.

Harris continued: “This is the population where we are seeing the biggest challenges around social determinants — jobs, housing, education. So why should it be surprising that COVID-19 is treating this population any differently. This is just symptomatic of problems we have in our system for this particular population in our community.“

Overall, Harris said, Mecklenburg County, like many parts of the nation, is seeing indications that the virus curve may be flattening.

While Black residents are no more susceptible to COVID-19 than other racial groups, health officials from around the nation are finally confirming that African Americans who contract the novel coronavirus, which can lead to the COVID-19, are suffering far worse health outcomes than their white counterparts. In cities such as Chicago, Detroit and New York — and now Charlotte — the rates of death among Black COVID patients are vastly disproportionate.

When asked on Wednesday whether Mecklenburg County was slow to recognize the impact that COVID-19 was having in its Black communities, Harris said the early data simply did not support that conclusion.

“I’m not sure we could have seen it earlier than this,” Harris said. “I guess if you think about it, we may should have suspected that this would be something that would happen, based on the fact that we know what the issues are in the African American community from a health perspective. But we were moving fast in trying to deal with the virus, and until the numbers showed up, it was hard to see that this is what was going on.”

Harris said the county is now working to put in place an outreach campaign that would seek to inform communities most at risk — including African Americans. She said the campaign would involve urban radio stations, Black churches and social influencers.

Earlier on Wednesday, members of Charlotte’s Black clergy delivered a letter to county Manager Dena Diorio asking that a mobile testing site be established “within the African American community.” The Rev. Ricky A. Woods, senior pastor at First Baptist Church-West, told QCity Metro that he had offered his church’s parking lot as a possible location.

Woods said he would like to see a testing site on Charlotte’s west side because many of the people who live there have jobs that don’t allow for social distancing or working from home. Woods said the letter he delivered, along with Rockwell AME Zion Church Pastor Jordan Boyd, represented more than 100 black ministers.

“The curve is flattening overall because of the stay-at-home order and the social distancing,” he said. “The persons who work in drive-thru windows in fast-food places can’t practice social distancing. The persons that are cleaning the hospital rooms that have been infected with people who have the disease, distancing is not going to help them in terms of their risk and their exposure.”

In addition to a westside testing site, the ministers also asked the county to:

As for placing a mobile testing site on Charlotte’s west side, Harris said the county is talking with the region’s two largest healthcare providers — Atrium Health and Novant Health — about the feasibility of the ministers’ request.

“Hopefully, we will see some action on that soon,” Harris said.