Fred Lawing of the Golden Green Hotel wants to preserve a piece of Charlotte's history and do it in an environment-friendly way. 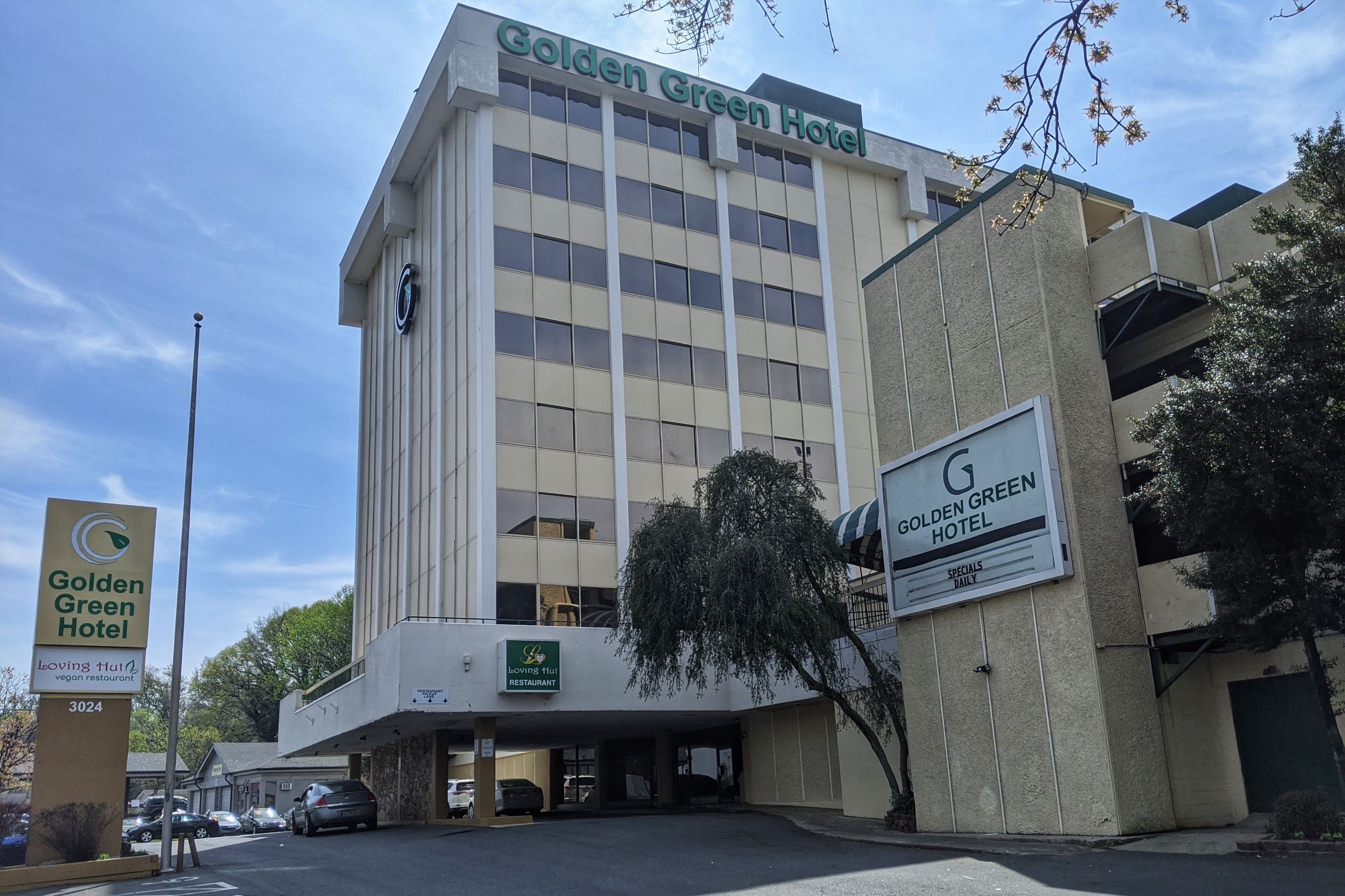 In 2007, when Fred Lawing bought the property that would become the Golden Green Hotel, his intention was to preserve a historic building.

Lawing has been in the real estate business flipping houses for nearly 40 years. He knew that buying the hotel would be a significant investment. It neighbors Bojangles’ Coliseum, part of the under-construction BOplex entertainment complex. And with its location on East Independence Boulevard, the hotel is about a 10-minute drive from Uptown.

Hanchett couldn’t pinpoint when the hotel’s tower was built, but he was almost certain that it was the second phase of an earlier low-rise motel called the Coliseum Motor Court. In 1967, the development changed its name from Motor Court to Motor Inn.

Lawing said the inn had its share of celebrity guests, including Elvis Presley, who used to buy out the entire eighth floor for parties in the 1970s.

Beyond its unique history and convenient location, Golden Green is Charlotte-area’s only hotel that is Black-owned and vegan-friendly.

“Shiny and new” has become the norm in the Queen City, so being an older building has its downfalls. The hotel currently has a 3.1 rating of mixed reviews on Google. But Lawing wasn’t interested in buying the hotel to tear it down then build up a new one. It was more important to preserve history rather than erase it completely.

“In Europe, you see old buildings right beside new ones. They refurbish their old buildings, and they keep their history,” he said, “but Americans will make a parking lot and start over again.”

As we visited rooms on the top floor, Lawing stated matter-of-factly that the Golden Green Hotel will never be a four- or five-star hotel, “but it’s a good three-star hotel.”

A self-described recyclist living a minimalist lifestyle, Lawing decided against throwing away old furniture and replacing it with modern upgrades to avoid filling up garbage dumps.

“We don’t have little soap and lotion bottles. Instead, we have dispensers that release the product by pressing a button. We do this so we don’t fill the landfills,” he explained.

Lawing also mentioned that in hotel bathrooms it now takes 2.8 gallons of water to flush toilets down from the average 3.5 gallons. He said it’s a small difference that goes a long way.

The 77-year-old has been a proud vegan for more than a decade. He’s incorporated changes throughout the hotel to help the environment and spread his view on veganism. After making personnel and cosmetic changes, Lawing opened a franchise of The Loving Hut. The vegan restaurant chain was founded by Vietnamese businesswoman and spiritual leader Ching Hai in 2008.

Since opening late last year, the Charlotte restaurant has received positive reviews with a 3.5-star Yelp rating. Guests can dine on dishes with a plant-based spin like summer rolls or double sliders made with vegan sausage. Their specialty is a Salisbury steak dish that uses a Beyond Meat patty then adds steak sauce.

“I do all of these things because there’s so much pollution, and Mother Earth is just crying for some relief,” Lawing explained. “Encouraging others to take care of the earth and not litter is a reward for me.”

Other sites in the Charlotte-area

There are 1,087 Black-owned and -operated hotels across the country, according to the National Association of Black Hotel Owners, Operators and Developers (NABHOOD). The Golden Green Hotel is just one of a handful in the Charlotte area.

Ms. Elsie’s Caribbean B&B sits across town near the Cotswold neighborhood, where guests can experience a tropical getaway without leaving town. Owner Cheryl Watkins started in commercial real estate before opening the bed-and-breakfast in honor of her grandmother (Ms. Elsie) in September 2000.

Watkins customizes each guest’s stay and cuisine. The curated experience makes the B&B a reservation-only operation. Visitors can choose to stay in the Bamboo King suite or the Sea Mist room. Each option was designed to showcase Watkins’ love for the Caribbean, her family and a desire for guests to experience tranquility during their stay.

Four Points by Sheraton Charlotte – Lake Norman opened in March 2019 off of Interstate 77 in Huntersville. A franchise of the Marriott hotel brand, the hotel near Lake Norman was acquired last summer through a joint venture between Virginia-based TLTsolutions and North Carolina-based Second Line Investments (in association with The Calhoun Group Realty).