“Insecure” producer Prentice Penny blends good actors, music and cinematography to put forth a relatable film in his directorial debut. 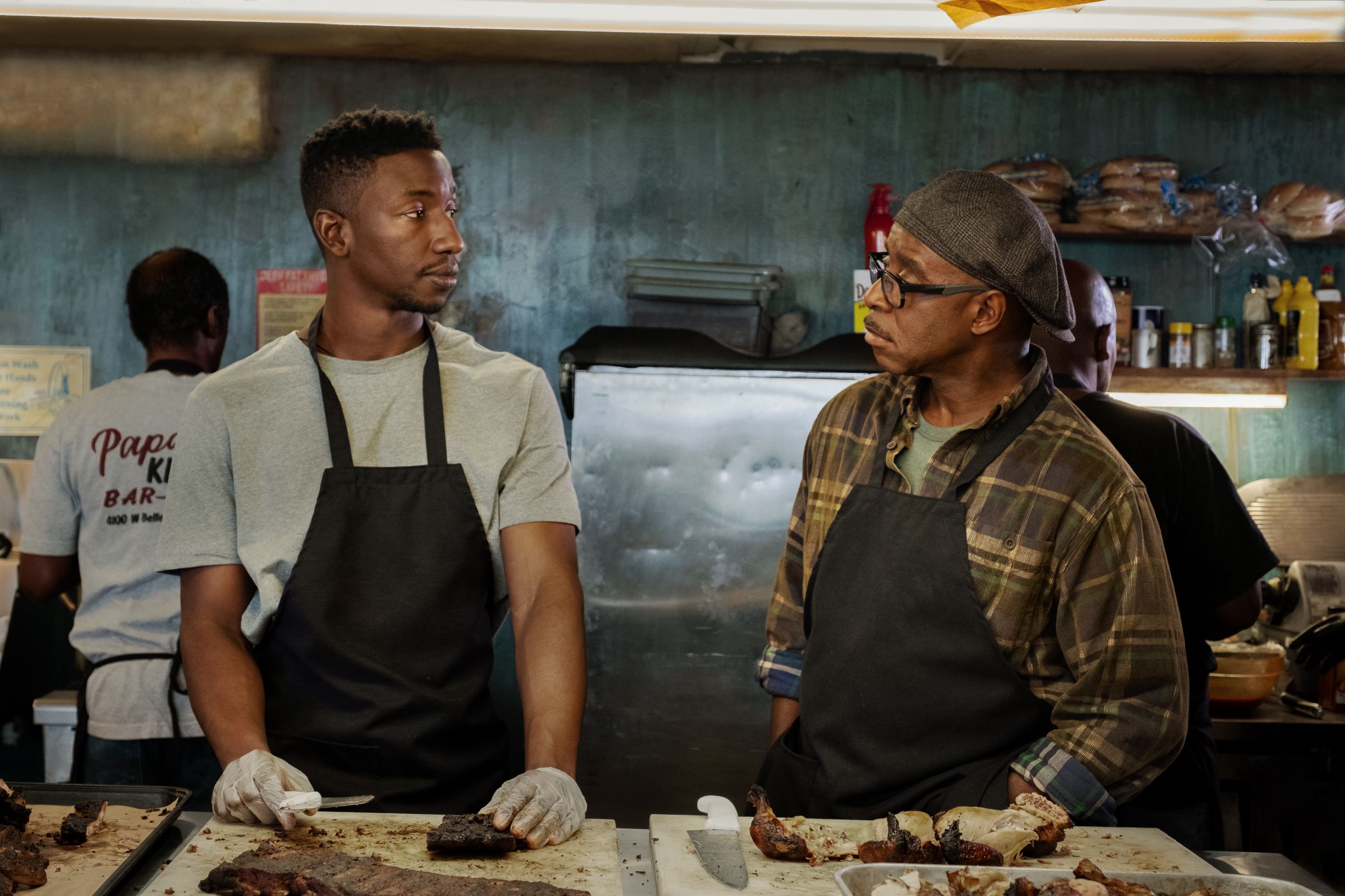 The new Netflix film “Uncorked” takes a fresh look at generational tension where a father and son’s relationship is tested when issues arise about following your passion and family loyalties.

“Uncorked” is writer/director Prentice Penny’s feature film debut. Penny, a producer for HBO’s hit series “Insecure,” assembles a stellar ensemble centered around the film’s star Mamoudou Athie. Athie is Elijah, a young man with an infatuation for wine who dreams of becoming a master sommelier despite his dad’s expectations that he take over the family’s barbecue business.

Courtney B. Vance portrays Elijah’s dad, Louis, a man with his own dreams deferred in order to help his dad run the family restaurant. Louis wants to continue the legacy by passing the business down to Elijah, but his son’s head nor heart is in it. Instead, Elijah spends his spare time working in a wine store to learn the intricacies of wines. Eventually, he enrolls in a sommelier training program to help him pass the notoriously difficult exam.

In reality, there are 269 professionals worldwide who hold the prestigious title of master sommelier — someone who specializes in all aspects of wine service as well as wine and food pairing. Few African Americans have earned the title. Currently, there are only two African-American sommeliers. Even in the fictitious world of “Uncorked,” Elijah has a steep hill to climb.

Since Louis decided to leave college, where he was studying to become a teacher, to help his dad run the restaurant, he has a hard time understanding why Elijah doesn’t want to make a similar sacrifice for the family.

“How come every time I try to teach you the business, you got an excuse why you can’t do it?” Louis asks his son. “You know how hard your grandfather worked to keep this restaurant in the family? You know what this restaurant means to the community?”

Penny took a chapter out of his own story to create the script. In an interview with the Portland (Maine) Press Herald, Penny described dreams of Hollywood that contrasted with his father’s desire for him to take over the family furniture business.

Elijah has unconditional support from his mom Sylvia, played by Niecy Nash. She tries to bridge the generational gap by helping Louis understand that he needs to grant Elijah the space to figure out his career path.

“This new generation tries to figure out what they’re good at,” she says. “You have to support him in the stuff he wants to do.”

Elijah shows off his wine and pop culture knowledge when he skillfully compares varietals to hip-hop icons. He likens Jay-Z to chardonnay, “the granddaddy of wine, versatile, smooth.” Kanye  West is pinot grigio while Drake is riesling – “crisp, clean and usually kind of sweet,” he explains to Tanya, a customer turned love interest.

Superproducer Hit-Boy serves as the film’s musical director, delivering a well-chosen selection of known and unknown musicians. It moves back and forth from today’s hip-hop — serving as the soundtrack to Elijah’s life — to 1970s soul music and vintage blues that underscore Louis’ moods.

The actors do a great job exploring the dynamics of family members who don’t see eye-to-eye but get the work done while supporting each other through the hard times. Vance is naturally comical during his mild bickerings with Athie, and his playful flirtations with Nash are amusing. Nash brings her usual warm liveliness while Athie’s laid-back charm is noteworthy.

Cinematographer Elliot Davis expertly lights the faces of the Black actors to highlight their rich skin tones — a feat that’s not often successfully accomplished in films.

“Uncorked” is a satisfying tale of a young man trying to forge his independence by living an authentic life, while also being there to help his family when they need him.