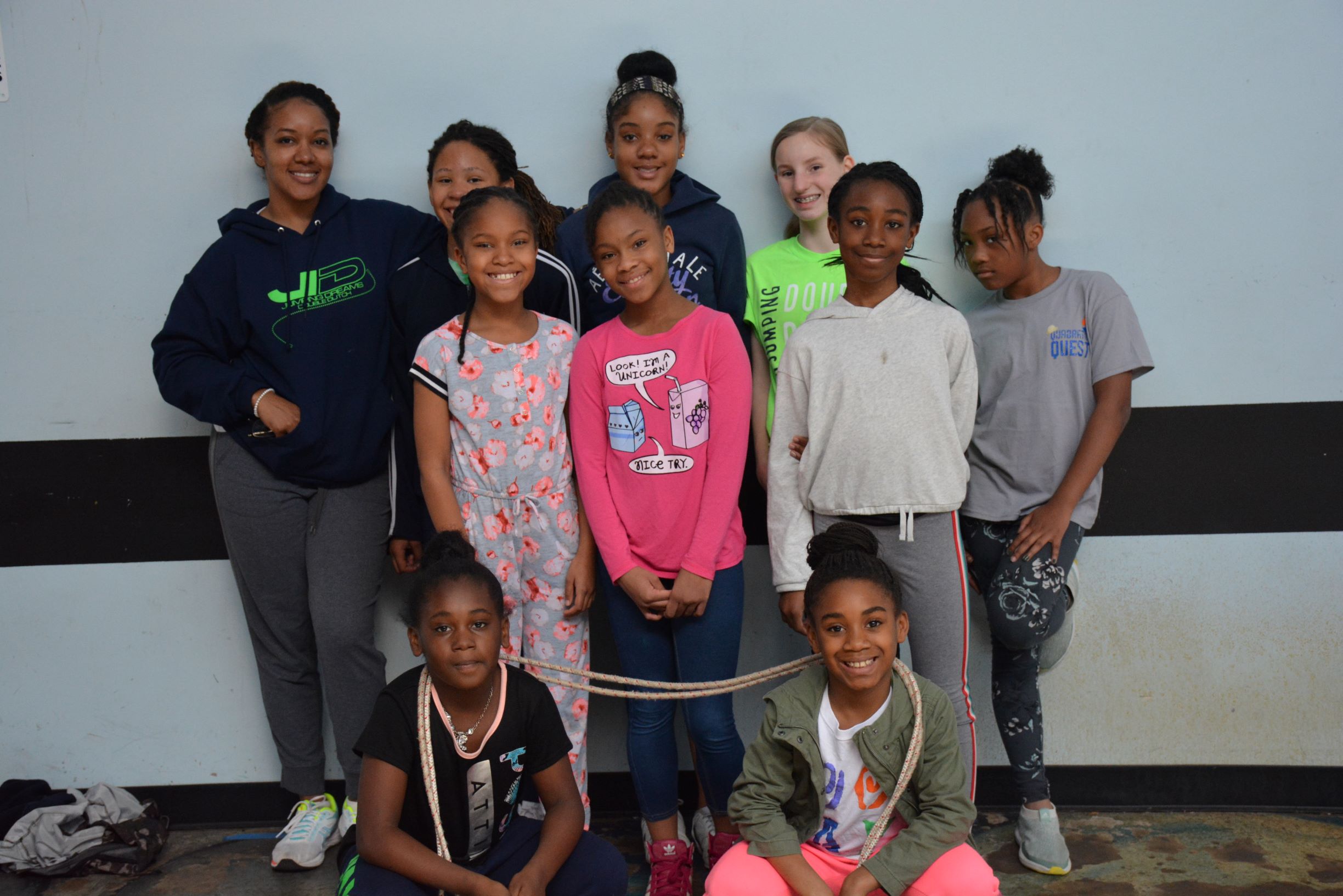 “Big Mac, Filet-O-Fish, Quarter Pounder, french fries….” If you’re a child of the 1980s, you might recognize this introduction to a series of popular McDonald’s commercials featuring double Dutch jumpers enjoying the classic meals with family and friends.

Fast forward, sisters Angelicka Crawford and Dominique Artis have been working to bring double Dutch to the forefront in the Queen City while building a fitness brand one jump at a time. Together, the Hartford, Connecticut natives founded Jumping Dreams Double Dutch in 2017. A year later, the group officially became a nonprofit using the once-popular sport to fight childhood obesity and prevent bullying.

The team was ready to make a splash as host of Battle of the Borders, a competition bringing together jump rope teams from across the Carolinas. Scheduled for March 28, 2020, the inaugural competition was postponed due to the coronavirus quarantine. The minor setback isn’t deterring their efforts.

In the U.S., competitive double Dutch dates back to 1974 when the first tournament was held in New York City. Now, the acclaimed sport is providing college scholarships for jumpers and opening doors to earn a living as competitive athletes.

“You don’t really see double Dutch in the South, but the community is supportive and learning that jumping rope is a good way to exercise,” Crawford said. “Even Yale has a professional jump rope team, and I would love to bring it to UNCC or Johnson C. Smith University so students can travel abroad.”

Crawford, 29, speaks from experience about the opportunities afforded to her because of jump rope. The Jumping Dreams coach has been training Charlotte youth for three years, but her love for the sport began as a young child. As a member of No Limit Jumpers, the sisters trained under their mother, Judy Artis, a world championship jumper from the ‘70s.

“I was jumping ever since I could walk,” Crawford, the older sister, said. Dominique is 27.

Jumping Dreams was founded in much the same way as their mother launched her team – to keep students out of trouble and prevent bullying by providing students with a positive way to engage in fitness.

The sisters began with hosting pop-up jump rope events around the city to attract students from various socioeconomic backgrounds.

“Our goal is to get the girls together to show their support for one another rather than highlighting differences,” Crawford explained.

Recently, she received a call from a parent of a jumper who was being bullied at school. During career day, the mother said her daughter told the class that she wanted to be a professional jump-rope athlete.

“After her presentation, the young lady who was bullying her said, ‘what you’re doing is pretty cool,’ and asked to attend jump rope practice with her. This is how we know we are making a difference,” Crawford shared.

The incident hit close to home. Growing up, Crawford also experienced bullying. She described herself as an overweight child, and jump rope helped her stay fit. In time, the sport helped her stand out from other children since many didn’t participate. As her skills improved, the bullying decreased. Jump rope had given her something positive to focus on.

After obtaining a graduate degree and building a career, Crawford realized that her commitment to jump rope was greater than her work in human resources. She left her corporate career last September to focus on the team full time.

“I was thinking about everything but my work,” she said. “I was more focused on finding ways to connect my girls with opportunities to learn various career paths. That’s when I realized that this was my passion. I never thought I would be coaching, but I am doing it now.”

Showcasing their skills on the biggest stages

Jumping Dreams currently has 20 jumpers who practice twice per week on Mondays and Wednesdays for an hour and a half. During the competitive season, March through June, they include Saturday practices to strengthen techniques.

Students like 11-year-old Amarra Marshall have experienced tremendous growth as a member of Jumping Dreams. She was 5 years old when she began jumping with Coach Crawford. Today, the sixth-grader is known as the team’s “speed queen,” often helping them win competitions.

“It’s a really fun activity,” Marshall said. “At all of the competitions, we get to meet people and make new friends.”

As a team leader, Marshall helps to warm up the rest of her teammates at the beginning of practice.

“It’s beautiful to watch her transformation from this shy little 5-year-old into someone who now tries to out-jump me,” Crawford said with a laugh.

In 2018, the team placed fourth in the region and fifth in the world. Last June, they claimed first place regionally and second place in world standings at the League competition in Hartford, Connecticut.

They’ve showcased their talents in the ADDL’s Holiday Classic at the Apollo Theater in Harlem, New York. The jumpers are also eligible to participate in Amateur Athletic Union (AAU) tournaments, and the sisters are working to launch a double Dutch series by entering teams from the Carolinas.

In need of community support

Up next for Jumping Dreams, launching parent-and-child jump rope classes this year. Additionally, Crawford would like to see jump rope added to an exercise curriculum in Charlotte-Mecklenburg Schools.

As a way to offset costs, she’s seeking sponsorships to provide food for team members who may not have regular access to a hot meal. Ideally, she’d like participation to be free for all of her athletes. Members pay a $35 one-time registration fee and a monthly $40 payment.

Interested individuals can also volunteer as coaches or tutors. Those wishing to support Jumping Dreams can donate items or contact Angelicka Crawford at jumpingdreams@outlook.com.