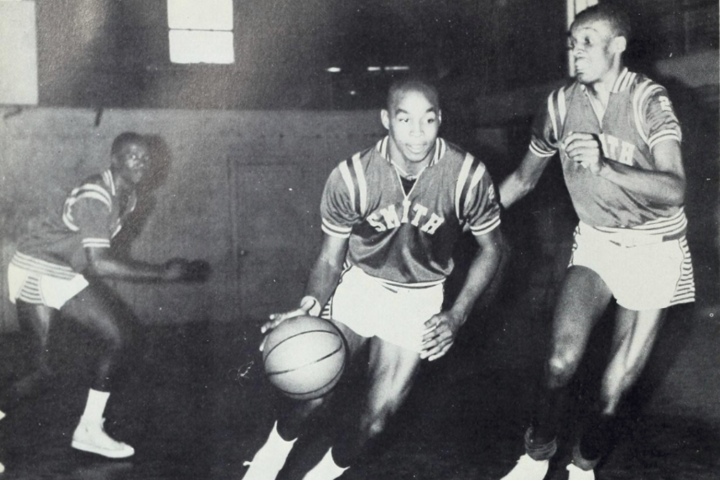 Neal was a member of the Golden Bulls basketball team, where he averaged 23.1 points per game and led the team to a CIAA title his senior year. He was named an All-CIAA guard, inducted in the CIAA Hall of Fame in 1986 and the North Carolina Sports Hall of Fame in 2008.

“Like millions of people around the world, I remember being in awe of Curly’s skills on the basketball court, and the joy I felt watching him and the other Globetrotters as they entertained us,” said JCSU President Clarence Armbrister. “His talents as a Harlem Globetrotter, and most importantly as a Golden Bull, will forever be remembered.”

Stephen Joyner Sr., the school’s director of athletics, acknowledged the contributions Neal made in advancing sports internationally, saying that his work as a global ambassador is proof that sports unite people.

“His basketball accomplishments elevated the possibilities for the Black athlete at every level of amateur, collegiate and professional play,” Joyner said.

Neal was one of the Globetrotters’ most recognizable faces, known for his signature shaved head and charismatic smile. He played in more than 6,000 games from 1963 to 1985. In addition to being known as one of the greatest all-time dribblers, Neal was an incredible shooter and had a knack for hitting shots from beyond the mid-court mark.

The organization presented Neal with the team’s prestigious “Legends” ring in 1993. On Feb. 15, 2008, he became only the fifth Globetrotter in team history, at the time, to have his jersey retired. He played 22 seasons wearing No. 22. Neal’s jersey joined those belonging to Wilt Chamberlain, Marques Haynes, Goose Tatum and Meadowlark Lemon — a Wilmington, North Carolina native.

“We have lost one of the most genuine human beings the world has ever known,” said Jeff Munn, Globetrotters general manager.

A post shared by The Golden Bulls Connection 🐂 (@thegoldenbullsconnection) on Mar 26, 2020 at 1:31pm PDT

The Greensboro native was also a star high school basketball player. Funeral arrangements have not been announced.