The Panthers’ new QB may not be Superman, but he might be the hero we didn't know we needed. 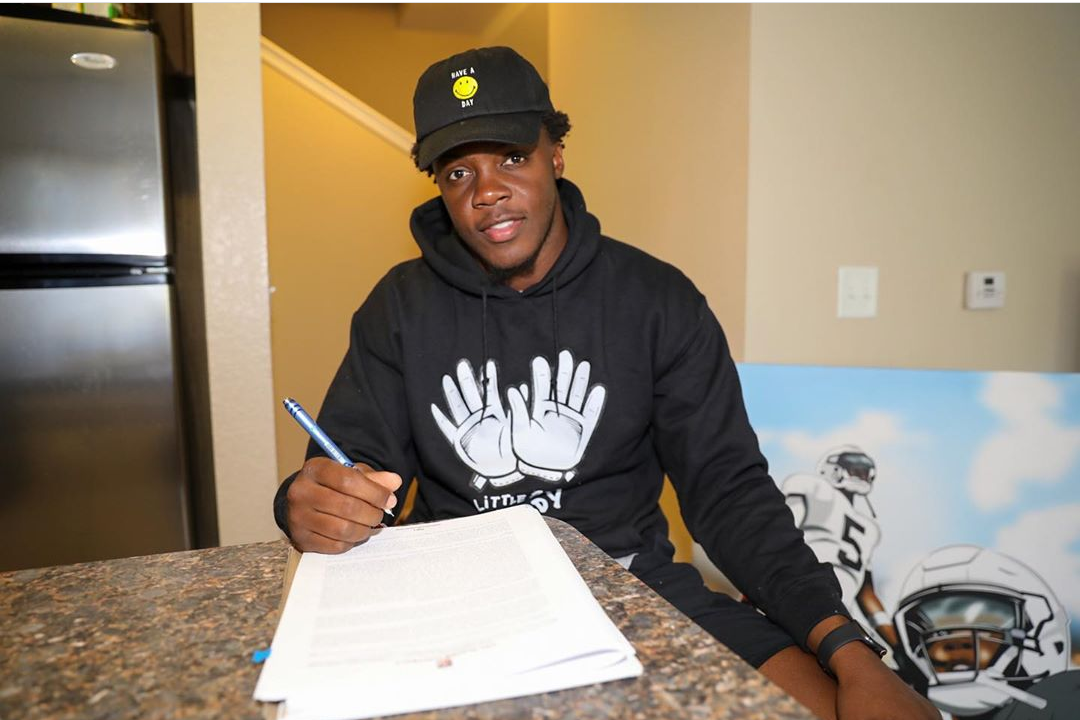 “You don’t know what you’re missing until it’s gone.”

It’s the saying often associated with bad breakups, and that seems to be the case with Cam Newton and the Carolina Panthers. In most scenarios, you shouldn’t rush into a new relationship after a breakup. Unfortunately, the Panthers need a starting quarterback now and waiting isn’t an option.

I’m optimistic that Newton’s replacement won’t be just a “rebound guy.” Incoming Panthers quarterback Teddy Bridgewater has proven that he can lead a playoff team and has earned an opportunity to be a starting quarterback again. Teddy is good enough.

Bridgewater finalized a three-year deal with the Panthers for $63 million. The Minnesota Vikings’ 2014 first-round draft pick showed promise in his first two seasons, leading them to the playoffs in his second year while being named to the Pro Bowl. A gruesome, potential career-ending knee injury kept him off the field for nearly two seasons.

He later signed with the New York Jets for a year, then was traded to the New Orleans Saints. He went 5-0 as a starter last year and threw for nearly 1,400 yards, nine touchdowns and two interceptions.

With the Panthers, Bridgewater reunites with offensive coordinator John Brady, once an assistant with the Saints before winning the College Football Playoff as part of LSU’s coaching staff.

It’s never easy to follow a great act. Cam was the face of the franchise. The 2015 MVP has a litany of franchise and league records, many of them were “firsts.” Most notably, he was the first rookie to throw for 4,000 yards in a season and holds the title for most rushing touchdowns by a quarterback in NFL history (58) and in a season (14). However, Cam’s health became a concern. He missed the majority of the past two seasons coupled with the Panthers’ consecutive losing records.

But, it wasn’t just about the numbers with Cam. It was how he played. His fashion sense. His child-like demeanor packaged in his large frame made the game fun.

Fans were charmed by Cam’s Kool-Aid smile; his kind gestures, like giving footballs to kids after scoring touchdowns; and of course, his signature antics, like the recognizable Superman celebration or dabbing and milly-rocking. As a result, Cam earned major endorsements, commercials, magazine covers, and other features.

“Teddy Two Gloves,” as Bridgewater is sometimes called because he wears gloves every game (unusual for a quarterback), has often been described by teammates and coaches as a quiet nice guy, well-liked and mild-mannered. He had a low profile in New Orleans playing behind future Hall of Famer Drew Brees.

Like myself, Teddy is from South Florida. Even the most poised brother will break into a dance when you hear your jam. You’ve probably seen Saints players and fans doing the “Bike Life” dance accompanied by the 2002 New Orleans anthem “Choppa Style.”

Bridgewater explained that his high school teammates created the dance back in the day. Following a game, he introduced it to the Saints’ locker room in videos that have since gone viral. I don’t know if he plans to bring his “pop a wheelie” choreography to Charlotte, but maybe he’ll bring some of his 305 hometown swag “back from the crib.” If TikTok existed back then, there would be a new viral dance challenge daily.

As sports fans, we care about winning and production on the field. But as Black people, we expect high-profile Black athletes to contribute and be present in our community.

Cam has been invested in the community through his Cam Newton Foundation. Annual programs include holiday giveaways for children and families, celebrity kickball tournaments, as well as health and mentoring programs.

Bridgewater has also found unique ways to give back and inspire. Whether it’s showing up to read the children’s book he published to a group of second graders or parking a U-Haul truck in the hood filled with toys and cash for families, Bridgewater has been recognized for his philanthropy since his college days at the University of Louisville.

With Cam officially gone, it feels like Panthers owner David Tepper is embracing a rebuild of the team. Since purchasing the team in 2018, some foundational pieces are no longer with the organization, most notably:

Bridgewater left a Super Bowl contending team to join its rivals — ones who missed three out of the four last postseasons and finished 5 -11 last year. He’s giving Carolina a chance. I hope fans embrace him because he’s truly one of the good guys in this league. Most superheroes keep their identity a secret.