McElrath, representing District 2, was elected to one term, from 2010-2014. His death was announced by Charlotte-Mecklenburg Schools. 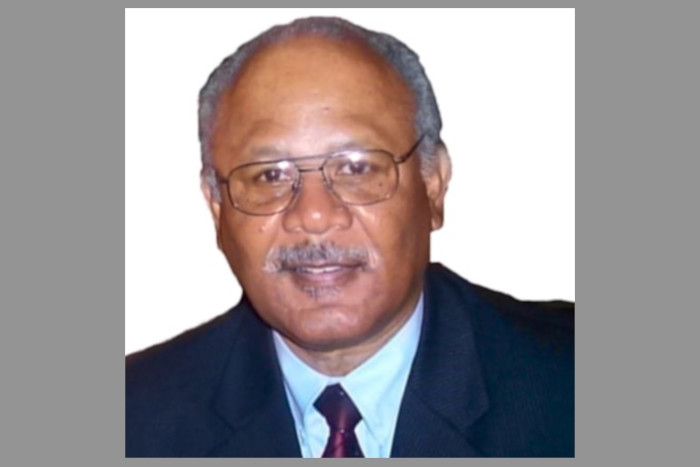 Richard McElrath, a former Charlotte-Mecklenburg school board member, died Wednesday, March 18, 2020, after battling Alzheimer’s disease since 2016. He was 77 years old.

McElrath, representing District 2, was elected to one term, from 2010-2014. His death was announced by Charlotte-Mecklenburg Schools.

McElrath was a retired CMS math teacher. He was honored with several awards for his community activism, including North Carolina’s prestigious Order of the Long Leaf Pine Award and induction into the NAACP’s Hall of Fame.

Born on September 23, 1942 in Hempstead, Long Island, NY, Richard was the third of four children born to Mary Lucille and Charles Henry McElrath. He received his formal education in Nassau County and graduated from Hempstead High School with a football scholarship to Winston-Salem State University in Winston-Salem, N.C.

After earning a B.A. degree in Education from WSSU, Richard re-located to Charlotte, N.C. While completing his student teaching in the Charlotte-Mecklenburg School System, Richard met and fell in love with a fellow educator who would become his beloved wife of 53-years, Mrs. Jacqueline B. McElrath. The couple settled down, raised a family, and enjoyed retirement in the CLT-area throughout his life. Richard further achieved his education goals by earning a master’s degree in Education Administration, and a master teacher certificate from the University of North Carolina at Charlotte.

During his CMS career, Richard, a.k.a. “Mr. Mack” or “Coach Mack”, taught math, shop and drama, along with coaching football, basketball, baseball, track and soccer as an athletic director.

In 2009, Richard was elected to represent District 2 on the Charlotte-Mecklenburg Board of Education.

Throughout his celebrated journey in education, Richard’s knowledge and insight were invariably solicited by local and national media, including NPR in 2007. He was honored with several awards including North Carolina’s prestigious Order of the Long Leaf Pine award, as well as being inducted into the NAACP’s Hall of Fame.

Together with being a member of the Mecklenburg Citizens for Public Education, Richard’s commitment to serve his community compelled him to found the following organizations: People United for Education, the West Side Environmental Coalition, and the Mixed Income Housing Coalition. He also served on the board of directors for Clean Water for North Carolina, and was an active member of the Black Political Caucus of Charlotte, as well as The Tuesday Morning Breakfast Forum.

There will be a public viewing for friends and family at A.E. Grier & Sons on Wednesday, March 25,, 2020 from 10am-11:45am. A private service will take place at 12 noon with Father Basile Sede officiating. Flowers and well wishes may be sent to A. E. Grier & Sons Funeral & Cremation, 2310 Statesville Ave, Charlotte, NC 28206.

As a service to our readers, QCity Metro publishes free obituaries. Families and mortuary providers may email obits to editor@qcitymetro.com.