Cooper is using his lens to show us how to view food differently. 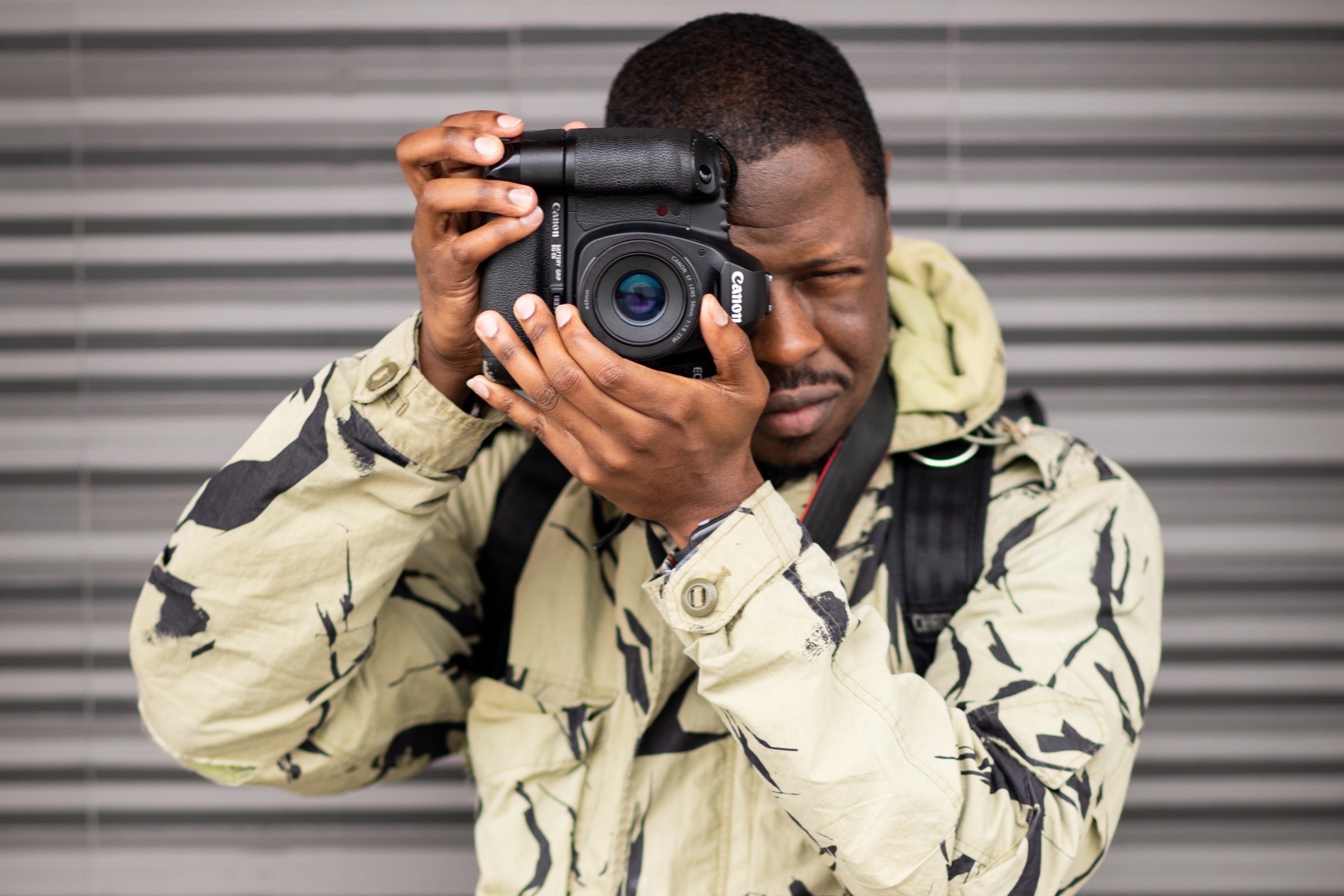 Jonathan Cooper’s story is anything but ordinary, which is appropriate since the stories he tells as a food photographer are extraordinary.

Although he’s probably photographed your favorite designer or music artist, he specializes in culinary art, or a fancy way of saying that he takes very dope photos of food. Cooper manages to take that art to the next level with each photo or project, opening eyes and breaking stereotypes along the way.

Cooper grew up like the rest of us, watching his elders in the kitchen preparing meals and appreciating how easy they made it look. His was a West African household, a slightly different menu that instilled in him the same values — namely clearing his plate and never wasting food.

One of his first jobs was as a part-time server at McNinch House, Charlotte’s Fourth Ward restaurant known for its fine dining. It was there that Cooper began to see food differently.

“Working there, I got to see how chefs plated food. I learned presentation and table settings,” he recalled before adding how fortunate he felt to work in a space that celebrated food as an experience, and not just a meal. “It made me want to take what I learned to the next level.”

During a vacation in Europe one summer, Cooper thought it would be cool to take a few photos of the food he ate in different cities as a way of documenting his journey. He didn’t think anything of it until “a friend told me I had a gift” and that he should do more food photography. As he shared more, the feedback was positive. He described it as a “wow factor on people’s faces.”

He started getting booked for photo shoots, and what started as a moment during a vacation turned into what is now a movement. That “wow” factor still fuels his art, he confesses.

“When I’m on photo shoots, I shoot a few frames and show them to the clients. Then I pause and wait for [the clients] to really see them. Once I see that they love [the photos], I know I’m doing it right,” he said. “For me, it’s an acknowledgment from them that this isn’t a game for me, that I’m taking it seriously, and that this is a craft I don’t play with.”

His website shows off the majesty of his culinary work with projects like Fragments of Food, which literally breaks the rules of what plating should look like and pushes the boundaries by allowing each cuisine-filled fragment to tell its own story.

Cooper is also proud of Feast Your Eyes, a collaboration with graphic artist Jeff Galloway.

“It’s a unique culinary experience where food and cocktails are challenged and inspired by visual art,” he says, adding that FYE is intended to build community and change the perspective of how food, art and cocktails are consumed while also elevating palates.

Cooper is currently one of the most sought-after visual artists in the game. Two of his most recent bookings include Resistance Served — a symposium-style food, beverage and hospitality conference in New Orleans — and the Charleston Wine & Food Festival, a gathering of the people and places that make the city worth celebrating.

While he’s appreciative of the larger platforms that allow him to ply his craft, Cooper admits that he still gets nervous before every gig, even after 10 years of being a visual artist. He credits two of his mentors, Lashawnda Becoats and John W. Love, Jr., for helping him not only overcome those initial butterflies but also to keep reaching for the next level.

“What I love about them both is that they speak into me and not just talk to me. They’ve believed in me at times when I didn’t believe in myself,” he said with a smile.

One of those times was last year when Cooper found himself questioning whether he wanted to continue on his food photography journey.

“It got discouraging being passed over when you know you’re more than qualified,” he remembered. “It was like a cool kids club, where the same people are given opportunities when others who have been at their craft for a long time aren’t given the same chance.”

Thankfully, Cooper didn’t quit. Instead, he used it as a moment to remind himself why he advocates for the underdog and speaks up for those who deserve more time in the spotlight.

“The least I can do is use my platform to highlight the art of others. That’s how I believe it’s supposed to work. We need to always elevate one another every chance we get,” he said.

His next project will be his inaugural solo exhibit, Floral Notes. The showing will be an ode to spring and feature flowers alongside food and beverages, which he hopes will break the stereotype that liking flowers make men less masculine.

That project could very well sum up what Cooper is about: making something extraordinary out of something that should be ordinary. Taking art to a new level.