The Grammy-nominated lyricist uplifts Black women with final show of "A Black Woman Created This" tour. 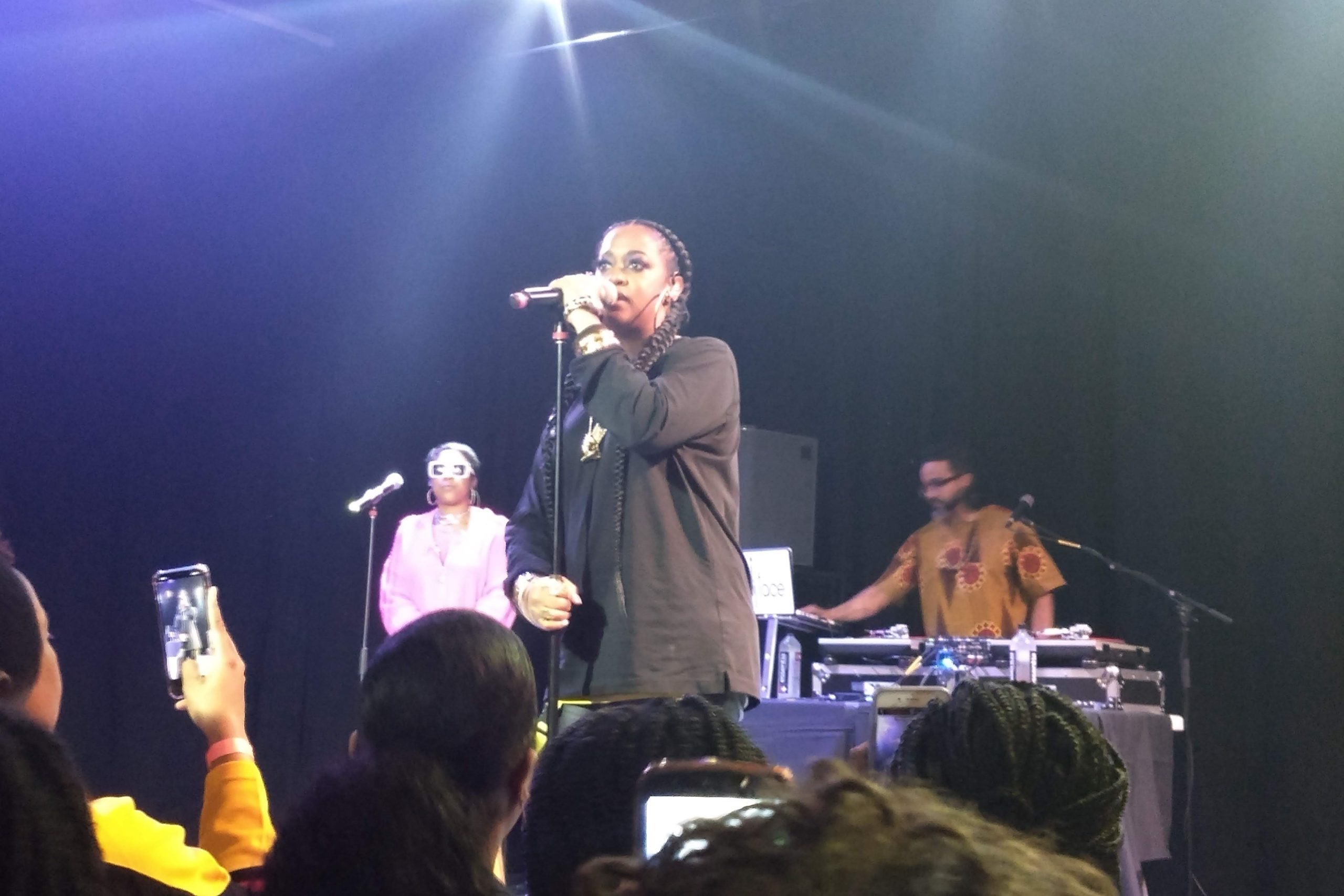 It’s fitting that Grammy-nominated emcee Rapsody brought her “A Black Woman Created This” tour to Charlotte during Women’s History Month.

On Thursday, Rapsody and company hit the Amos’ Southend stage for what turned out to be the final show of her six-week tour (in response to coronavirus precautions). Joining her was an all-female lineup featuring Washington, D.C. rapper Sa-Roc and Jamla Records labelmate Heather Victoria.

“This tour is all about bringing us together as a community and as a culture to celebrate hip-hop and to celebrate women,” Rapsody told QCity Metro in an interview before hitting the stage.

“A Black Woman Created This” continued the theme of Rapsody’s latest studio album, “Eve.” Released in August 2019, her critically acclaimed project is an ode to Black women and Black womanhood. Tracks are titled after influential Black women who made an impact on her like Afeni Shakur, Oprah Winfrey, Michelle Obama and Aaliyah.

Signed to super-producer 9th Wonder’s Jamla Records, Rapsody’s career has challenged the stereotypes associated with female rappers. She dodged the formula of skin-tight clothing and hyper-sexualized lyrics and focused on lyricism with a dose of social commentary while rocking her tomboyish style.

Rapsody said her latest album and tour challenged the false narrative that women can’t work together.

On stage, R&B singer Heather Victoria’s smooth, soulful vocals glided over chill melodic beats to start the night. Then, rapper Sa-Roc’s baritone vocals pushed out lyrics with aggression yet the subject matter spoke to women in the crowd about nurturing the goddess within.

Rapsody entered the stage sporting leather overalls, a baggy black shirt, and an oversized army fatigue jacket covered with patches of the faces of influential Black women. She peppered in messages about self-love, respecting women, and the resilience of Black people.

Not only did the lyricist spend time uplifting the crowd, she also took time to shout out the women behind the scenes who made the tour happen.

“The tour is proof that when women work together amazing things can happen,” she said.