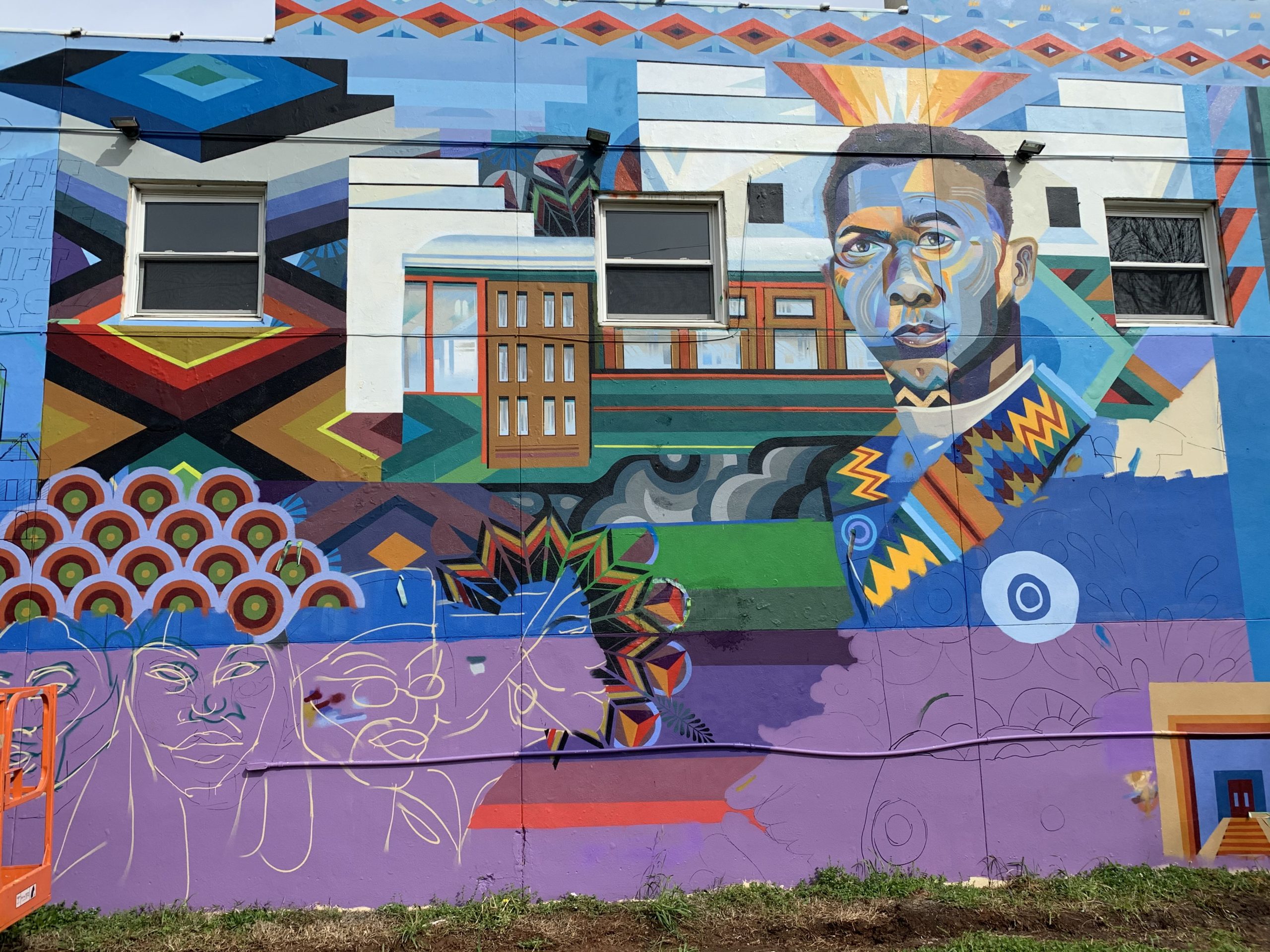 A new mural installed at Booker Avenue and Beatties Ford Road tells the story of its historic area in bold and welcoming colors. Commissioned by the Washington Heights Neighborhood Association, the mural features an abstract portrait of Booker T. Washington.

“The mural announces to anyone walking or driving through the area the narrative of our community,” said Mattie Marshall, president of the Washington Heights Neighborhood Association.

Washington Heights was developed in 1913 as a suburb for middle-income African Americans. New streetcars were extended into the neighborhood, which was named for Booker T. Washington. These are prominently featured in the mural, as is the Excelsior Club and other elements depicting the area’s indigenous native and African motifs.

It was created by acclaimed young artist Georgie Nakima, a Northwest School of the Arts graduate whose award-winning geometrical work has been featured in national ad campaigns for Ford Motor Company as well as the Manifest Future mural further up West Trade Street. Nakima worked with Johnson C. Smith art major Matthew Wright to complete the mural despite days of rain and a cold snap.

“I think it matters that this mural was commissioned by a Black organization and created by a Black artist to signal the vitality of a Black neighborhood,” Nakima said. “This isn’t art to make someone from outside of the community feel ‘safe.’ It’s a statement that reflects our stories and marks out our territory as deserving of respect.”