Don Thomas has a plan, and he's getting buy-in to change the trajectory for some of Charlotte's Black and brown young men. 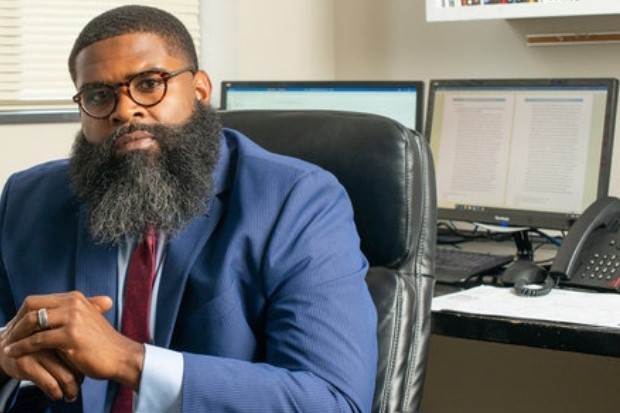 The local chapter for the My Brother’s Keeper Initiative, the national mentoring and support program created by former President Barack Obama for young men of color, recently announced a local leader as the group relaunches and rolls out a new strategy. On March 2, Don Thomas began as My Brother’s Keeper Charlotte Mecklenburg’s (MBK-CLT MECK) first executive director.

Experience has prepared Thomas for this role. The Chicago native and United States Army veteran was the national outreach coordinator for the Exodus Foundation, a faith-based charity that works to stop the flow of African Americans to prison. He then became a community partnership coordinator for Charlotte-Mecklenburg Schools.

Most recently, Thomas served as community impact director with Leading on Opportunity, a council formed to address Charlotte’s challenges with economic mobility, segregation and social capital.

“I know what it’s like to be suspended or expelled from school. I understand what it means to have some academic barriers not because of your intellect but because of the systemic barriers,” said Thomas before noting additional barriers like implicit bias and structural institutional racism.

He understands the impact that mentorship can have on a young man’s life. It aligns with MBK-CLT MECK’s philosophy that our community’s boys and young men of color should have the opportunity to achieve.

Local stakeholders have a vested interest in seeing MBK-CLT MECK succeed, including the City of Charlotte, Mecklenburg County, CMS and YMCA of Greater Charlotte — of whom support the local initiative.

“When I looked at the mission and action statement, especially addressing the persistent opportunity gaps, I felt Don was the right person for the job,” said Assistant County Manager Anthony Trotman, who serves on MBK-CLT MECK’s steering committee. “His drive and passion for the work are what we need when looking at the work ahead.”

Charlotte’s violent crime statistics were up 12% in 2019, and homicides nearly doubled the previous year from 57 to 107. Charlotte-Mecklenburg Police Department is troubled by the amount of violent crime being committed by young people.

During a city council meeting in January, the department identified four “hot spots” of violent crime in 2019: Central Avenue and North Sharon Amity Road, Nations Ford and Arrowood roads, Beatties Ford Road and LaSalle Street, and Interstate 85 and Sugar Creek Road. They were all areas heavily populated by people of color.

Police Chief Kerr Putney reiterated the need to work intimately with those on the front lines and provide them with more resources to do the work.

“If people aren’t doing those things — having kids read on grade level; connecting with kids and staying consistently in their lives; preventing bad behavior; lowering [school] absenteeism; and getting people gainfully employed, especially for the summer — then we’re failing people,” Putney said during an interview with QCity Metro.

Thomas seems to agree that a more grassroots effort is necessary.

“Too often, we looked to law enforcement as the only strategy, and we drag our feet on [an] innovative alternative strategy,” he said. “It’s not going to be an either-or strategy to shift the narrative on violence.”

He suggests an approach that includes men who were once at-risk or turned their lives around, as they may be more suited to relate to some of the young men.

Thomas is coming in hot with a framework. MBK-CLT MECK has already identified schools and received buy-in from CMS principals. One hundred boys will be selected for the program.

To ensure diversity in student experiences, the group makeup will be broken into three categories based on GPAs:

By getting to know the boys on a personal level, MBK-CLT MECK will identify the challenges each youth faces. The team will compile the data to create a focused approach.

Coming from Chicago, Thomas says issues facing Black and brown boys are similar, however, he believes Chicago does a better job of community collaboration. He mentioned that there are approximately 70 local organizations geared toward young men of color, and he wants to create a more collaborative framework among the groups.

“Isolation is the matrix for tyranny,” Thomas said. “We are only hindering transformative outcomes. We are becoming custodians of the status quo if we cannot come together in collaboration.”