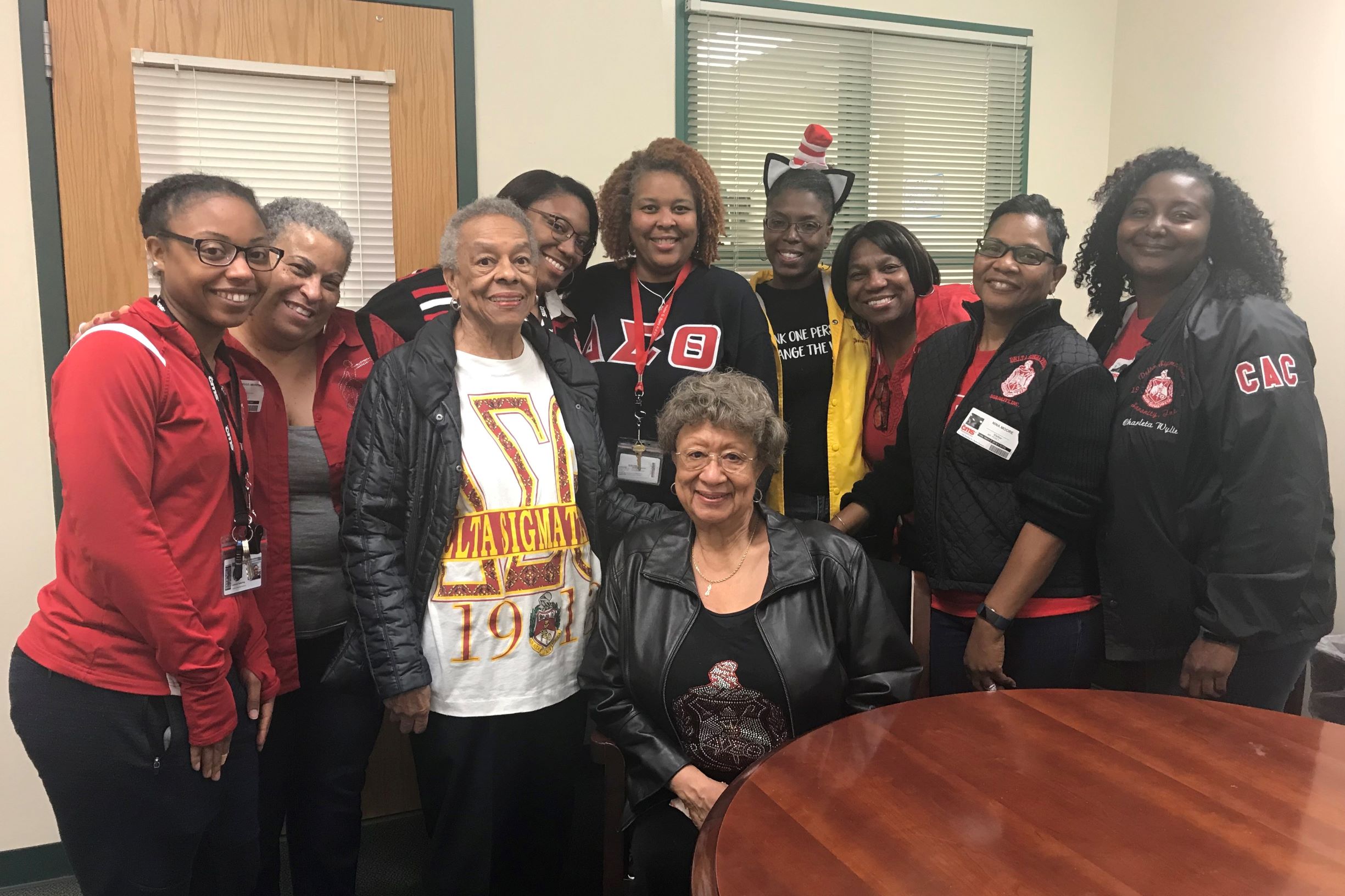 Charlotte is the third leg in the South Atlantic region’s Delta Authors on Tour, a national program created by Delta Sigma Theta Sorority, Inc. The Charlotte Alumnae Chapter will host the sold-out event on March 7 geared toward book lovers and aspiring authors.

Chapter president Melody Harris is excited to bring the tour back to Charlotte after nearly 20 years and highlight literary talent within the sorority.

“The first time our chapter was selected to host the tour in 2001, we held it in a bookstore in Eastland Mall. It was simply an opportunity for people to meet the authors and have their books signed. This year, it has grown to almost 400 attendees,” she said.

Delta Authors on Tour is a program under the sorority’s arts and letters commission, co-chaired nationally by T’Keyah Crystal Keymah — known for her roles on the ‘90s sketch comedy show “In Living Color” as well as sitcoms like “Cosby” and “That’s So Raven.” In 1998, the veteran actress published “Some of My Best Friends: A Collection of Characters” based on her one-woman show of the same name that won NAACP Theater Awards in 1994 for Best Actress and Best Play.

Charlotte-based authors Winnye Wilks and Dr. Tierini Hodges-Murad will also join the lineup to speak about their books and the journey to publication. Hodges-Murad, author of 2019’s “Level Up: Living on the Levels God Intended,” utilizes a video game analogy to help readers navigate life using biblical principles. She says exposing the community to Black female authors is bigger than just having their books featured.

Harris says the event has grown into an arts and culture event with the addition of writing workshops, music and dance performances, and an art showcase.

March is also recognized as National Reading Month. As part of the National Education Association’s Read Across America initiative, chapter members will visit three Charlotte-area schools on March 6 to read to nearly 300 students. Wilks will read her 2019 children’s book “Jack Takes on the Bullies,” a book about a Jack Russell Terrier who attempts to protect a boy from neighborhood bullies.