March 2020 event guide: 31 events to check out around Charlotte

We've got you covered with March events for the whole family, from concerts and stage plays to food and wellness. 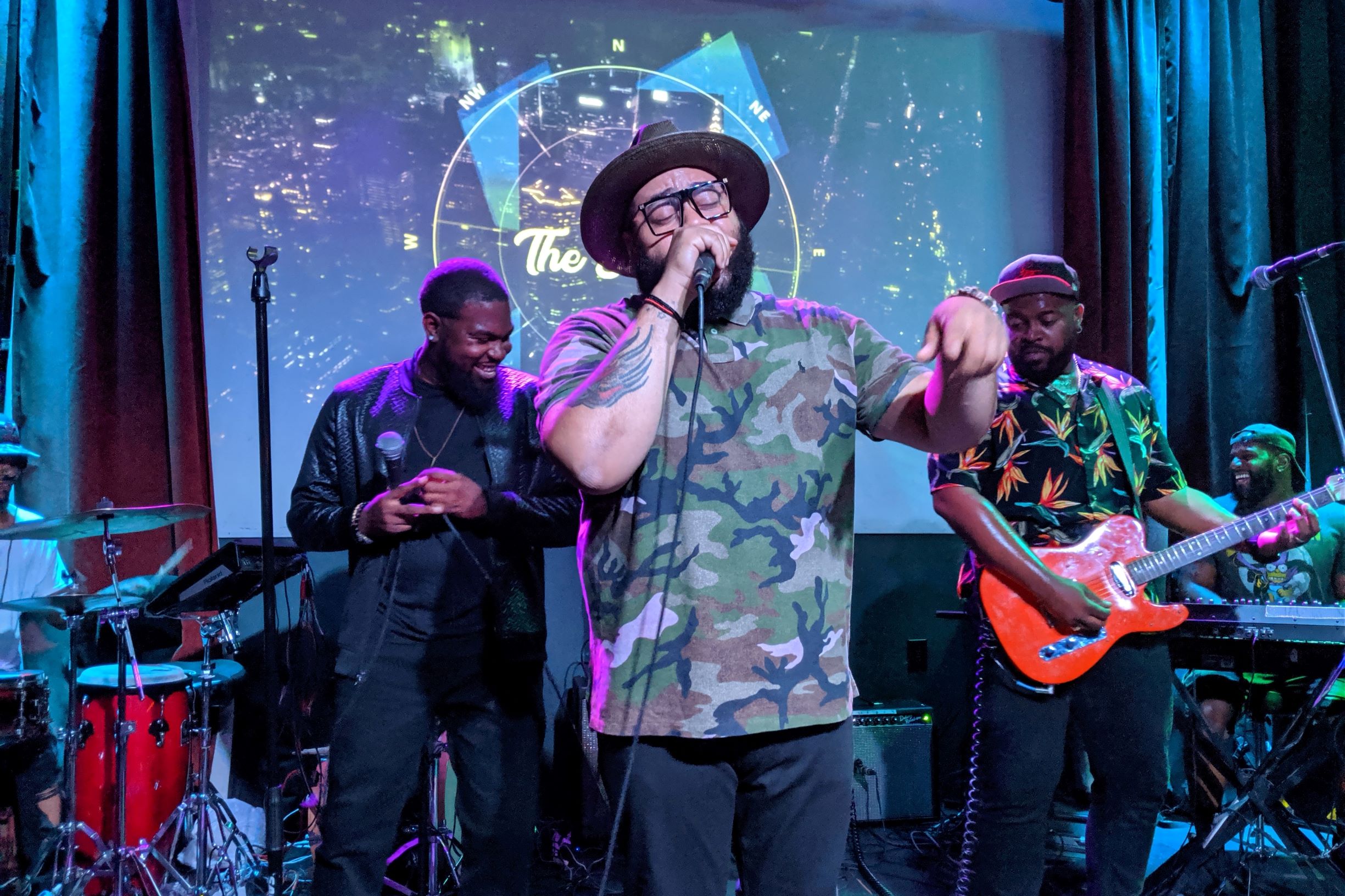 The Hamiltones performing at The Session on July 28, 2019. Photo: QCity Metro

Now through Sunday, March 15
Children’s Theatre of Charlotte (inside ImaginOn), 300 E. 7th St.
Starting at $20, get your tickets

Jay and Will Grimmz, known for their sounds and powerful storytelling, present an inventive remix of familiar classic fairy tales. The brothers put a modern spin on valuable life lessons in Snow White and the Seven Shawties, Down with Rapunzel, Hanzel & Gretel: Lost in the Hood.

Explore Caribbean dance styles like Salsa, Bachata and Merengue in a fun environment. Classes are open to all ages and no previous dance experience is required.

Whether you’re a first time yogie or more experienced, Trap Yoga has a workout for you. Get a full mind and body workout to match the vibes of the hip-hop soundtrack.

Say goodbye to CIAA Tournament weekend at this popular brunch and day party.

A space for fathers and daughters to bond over natural hair styling, learn how hair care affects self-esteem, and walk away with a few easy styling techniques for dads to practice.

Fully Integrated: A Conversation on Race, Bias and Gender

This workshop combines the practice and concepts of yoga with leadership tools to push past our own inherited biases and create true human-to-human connection. Facilitator, activist and community leader Rebby Kern leads a conversation about the roles that bias, race and gender play in our daily interactions on and off the yoga mat.

Fellowship with local candidates and representatives. Get registered to vote while enjoying food trucks and more.

Get close and personal with Grammy-nominated trio The Hamiltones during their album release party. The soulful R&B group of North Carolina natives started as background singers for Grammy-award winning soul singer — and Charlotte native — Anthony Hamilton.

The Hamiltones forged a path toward the front of the stage with their pristine harmonies and viral social media musical videos. Go out and party with The Hamiltones during CIAA.

This generation’s self-proclaimed King of R&B will hit the stage at The Fillmore, bringing his passion for both singing and dancing to Charlotte.

EmpowHERment is shining a spotlight on women and inviting guests to help celebrate the network of women and girl leaders in the community.

“The Color of Love”

The Grammy-nominated, North Carolina emcee has delivered critically acclaimed albums since 2012. Rapsody is quickly establishing herself as one of the best of her generation, gaining support from peers — like Kendrick Lamar — and mentors — like 9th Wonder and Jay-Z. She’s hitting the road to support her latest album, “Eve.”

The second son of Bob and Rita Marley is set to play live in Charlotte. The 8-time Grammy winner is bringing his acoustic soulful riffs to life.

Star Wars: “The Empire Strikes Back,” in concert

The iconic movie will play on the screen as conductor Christopher James Lees and the symphony play the music score by John Williams.

The inaugural conference will feature keynote speakers and interactive workshops focusing on topics from wellness to safety. Additionally, there will be live performances, children activities, and a marketplace featuring local vendors.

Martin Lawrence has been making audiences laugh for over 30 years. After his big screen comeback in the latest installment of the “Bad Boys” franchise, fans are anticipating his upcoming tour where he’s joined by friends DeRay Davis, Bruce Bruce, Adele Givens and Benji Brown.

The classic kids show comes to life on stage with your favorite characters. Magician extraordinaire Justin visits Sesame Street to put on a magic show for the whole neighborhood. Elmo wants to be part of the big event and goes on a journey to learn magic.

Saxophonist Mike Phillips was the first musician signed to Michael Jordan’s Nike Jordan Brand. He’s also one of few musicians in the world to record and tour with the “Big Three” of American soul and pop: Michael Jackson, Prince and Stevie Wonder.

Singer-songwriter Meshell Ndegeocello stops in Charlotte to share cuts from her latest album, “Ventriloquism.” It features the hallmark sound of her music — lush and investigative, subversive and sublime.

“An opportunity to pay a new kind of tribute,” she’ll perform her unique spin on notable songs like Lisa Lisa & Cult Jam’s “I Wonder If I Take You Home” and TLC’s “Waterfalls.”

The streets will close for family and friends to enjoy a free concert, pop-up shops, local craft beer and food trucks.

After the first Millennium Tour’s success, another round of 2000’s R&B and hip-hop nostalgia is here. This time, singer-songwriter Omarion will join forces with rapper/actor Bow Wow to relive their 2007 joint project, “Face Off.” Lloyd, Pretty Ricky and Ying Yang Twins return to the tour. New to the 2020 lineup are hitmakers from the 2000s, including Sammie, Soulja Boy and Ashanti.

The James Bond films span five decades and have produced great music along the way. The Charlotte Symphony Orchestra will present some of the iconic musical scores, from the James Bond theme song to “Nobody Does it Better.”

Experience the curated collection of women-led businesses including premiere boutiques, clothing designers, jewelers, artists and makers that come together for an ultimate day of shopping, one-of-a-kind activations, cocktails and more.

Show off your creative side at this monthly art showcase. There will also be free massages and giveaways.

See a star-studded roster of players in the Harlem Globetrotters’ all-new show of hilarious hijinks mixed with top-notch basketball skills that will entertain the whole family.